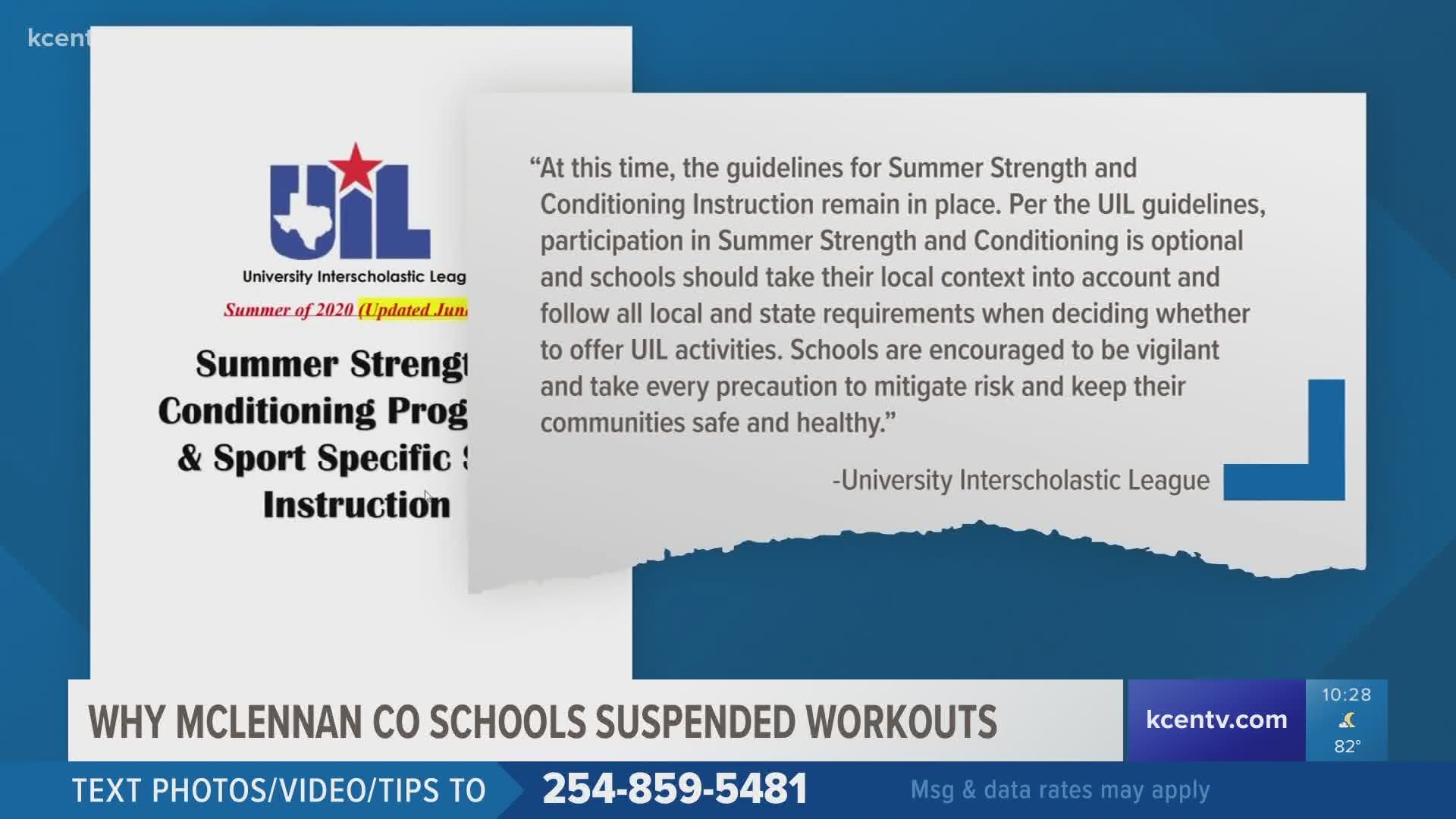 TEMPLE, Texas — Editor's Note: The video above is from a June 26 report on some Central Texas schools announcing summer workout suspensions.

As COVID-19 cases across Texas spike, UIL schools everywhere have begun suspending summer workouts in order to keep everyone safe.

The same rings true in Central Texas, as cases in Bell and McLennan Counties spike, with most schools in McLennan County hitting pause on recently-allowed summer workouts.

Below is a list of Central Texas schools which have suspended summer workouts amid growing concern surround the coronavirus pandemic:

In addition to the schools listed above, Lorena ISD head football coach and athletic director Ray Biles told 6 News the district had a pre-scheduled 18-day break beginning now when a LISD student-athlete tested positive for the virus. The district will resume summer workouts on July 13.

6 News has reached out to other McLennan County districts and districts in neighboring counties. As more schools announce suspensions, this list will be updated.

RELATED: Central Texas schools gear up for strength and conditioning on Monday

RELATED: Understanding how schools are adapting to the UIL's summer workout guidelines 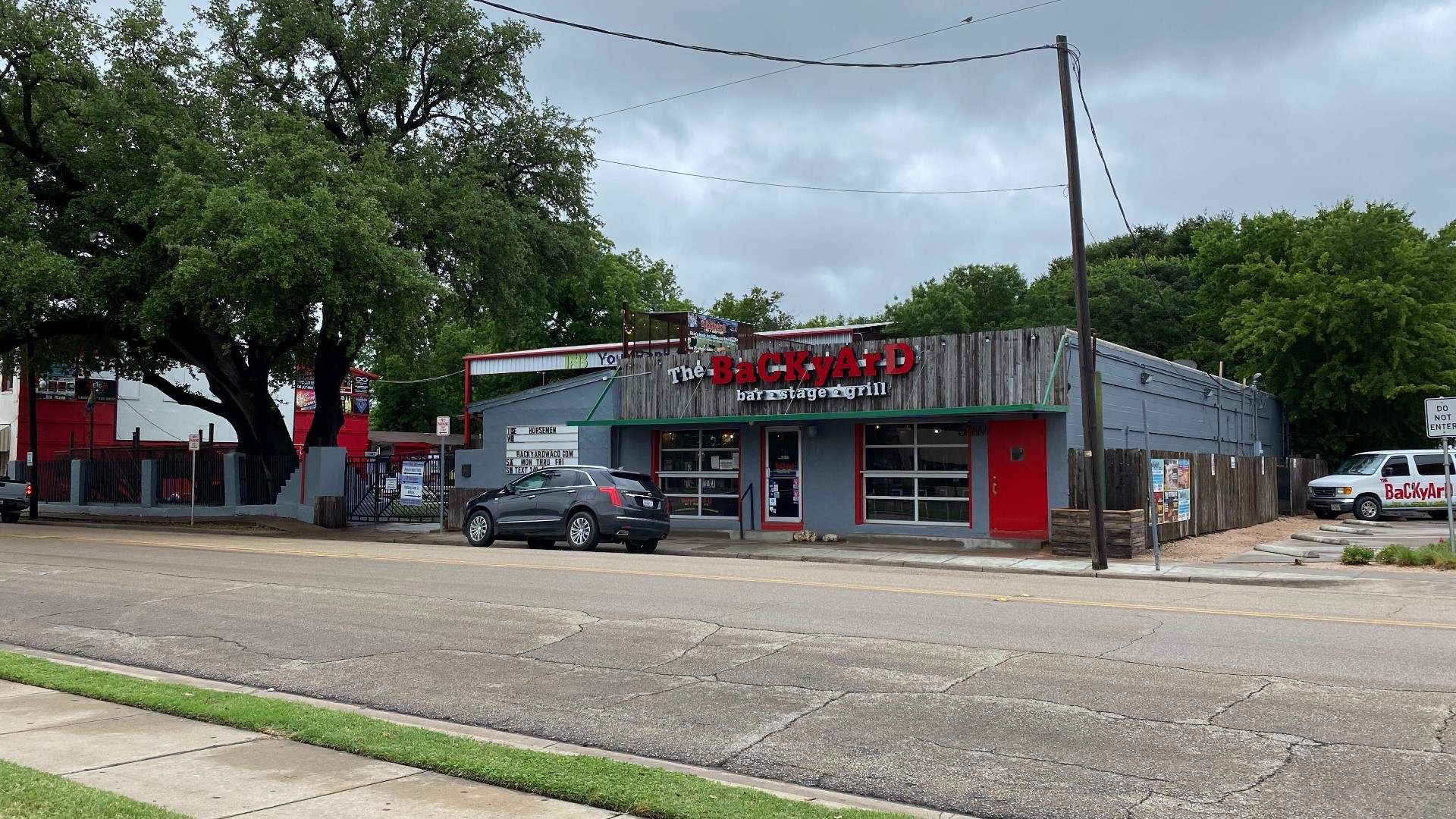