What challenges lie ahead for Baylor's Aranda in his second year?

On day two of the THSCA Convention in San Antonio, Dave Aranda got to talk about his Baylor Bears. 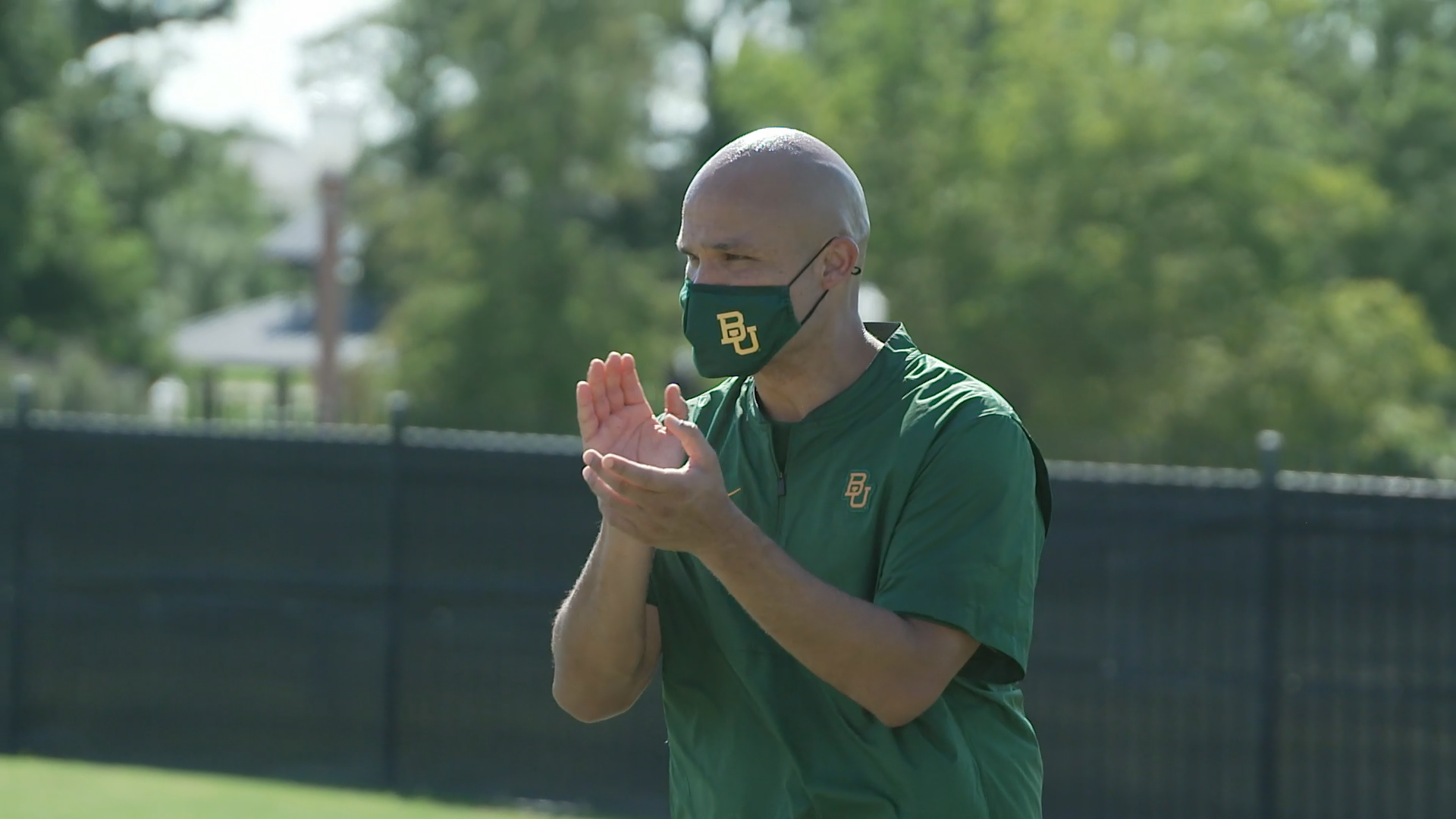 SAN ANTONIO — The road to the College Football Playoff is a bumpy one, even now that expansion is coming.

For Dave Aranda and his Baylor Bears, that road started with a 2-7 run through a 2020 season plagued with COVID-19 issues.

In 2021, Aranda is looking at the positives for the Bears, aiming to get Baylor into a bowl game and competing for Big 12 titles sooner rather than later.

So, what are the challenges facing the Bears this year?

A day after Aranda lauded the looming CFP expansion as a deterrent from coaches leaving in such short periods, he had the chance to talk at length about his team, rather than issues in the game as a whole.

He said some of the strengths this Bears team has are simply how it handles those exact things he addressed in the challenges.

Aranda also applauded several players for their abilities to break down and diagram plays, something he described as "getting on the board" and said they'll have to continue if they get an opportunity in the NFL.

Aranda was just highly complimentary of Terrel Bernard, Jalen Pitre, JT Woods, Dillon Doyle and Christian Morgan and all of their abilities to understand the game of football as a whole #Baylor