The Panthers won back-to-back state championships for the first time in school history. Now, they're looking to keep the streak going. 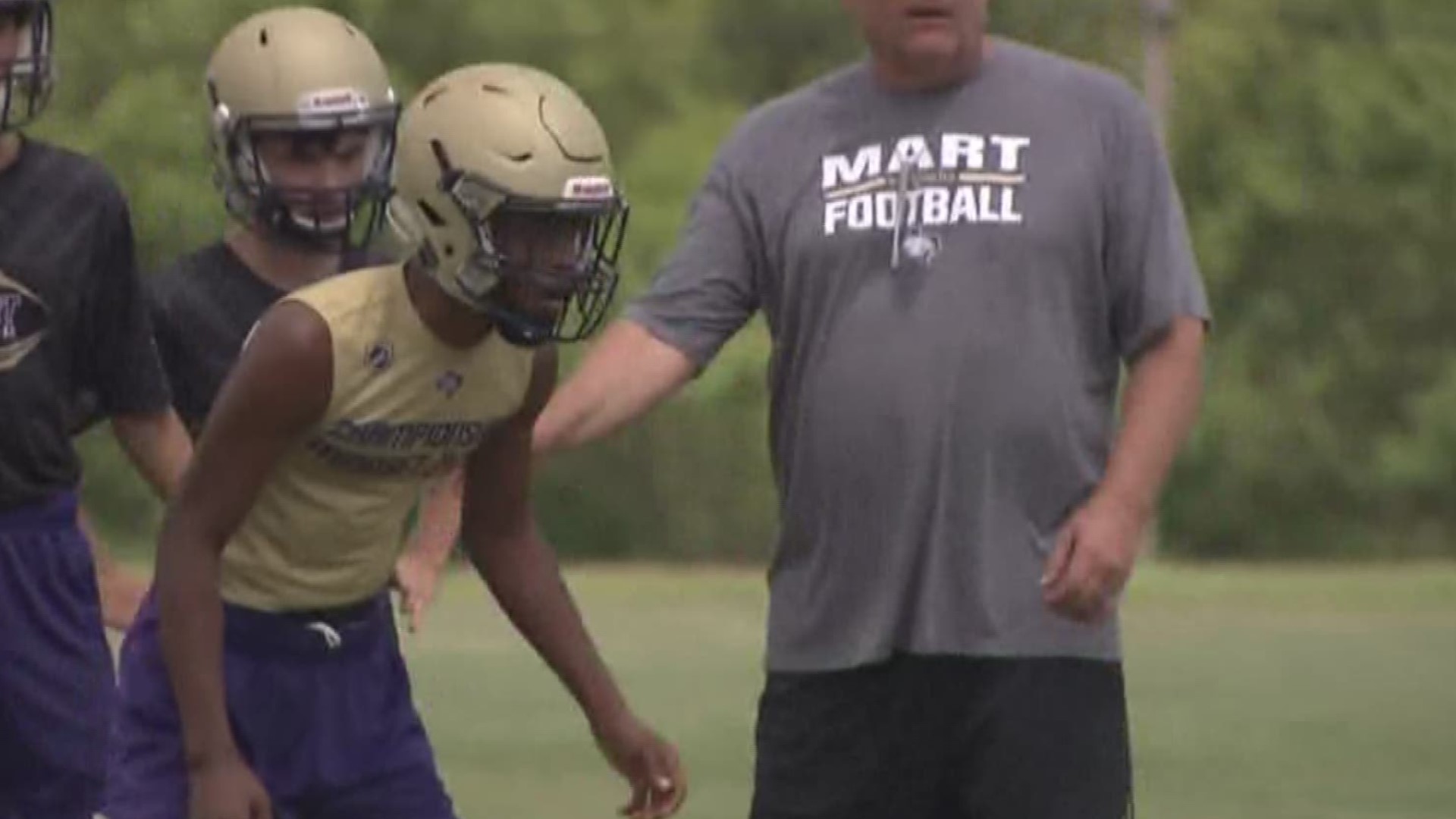 MART, Texas — For the first time in school history, the Mart Panthers enter the season as back-to-back state champions.

Monday, the Panthers returned to practice ahead of the 2019 season, donning shirts which say "Championship Mindset (1-0)."

The team says the idea is to remind themselves to only worry about the week at hand.

The goal, though, is to accomplish something that's never been done at Mart, before.

"The target on our back has always been there and it seems like it's always going to be there," coach Kevin Hoffman said. "It just gets bigger and bigger every year. We understand that, we know what the expectations are around this place and these kids embrace that."

Hoffman said that means winning three straight state championships. The Panthers enter the season No. 1 in the 2A Div. II preseason poll, according to Dave Campbell's Texas Football.

"It makes us not want to lose again," senior quarterback Kyler Martin said. "We only lost one game last year, 21-0 to Franklin. We still remember that. It lit a fire under us and we're going to get going, again."