Chuck Douglas, who died Thursday, coached the Tigers before spending 20 seasons as the color commentator for Belton football radio broadcasts. 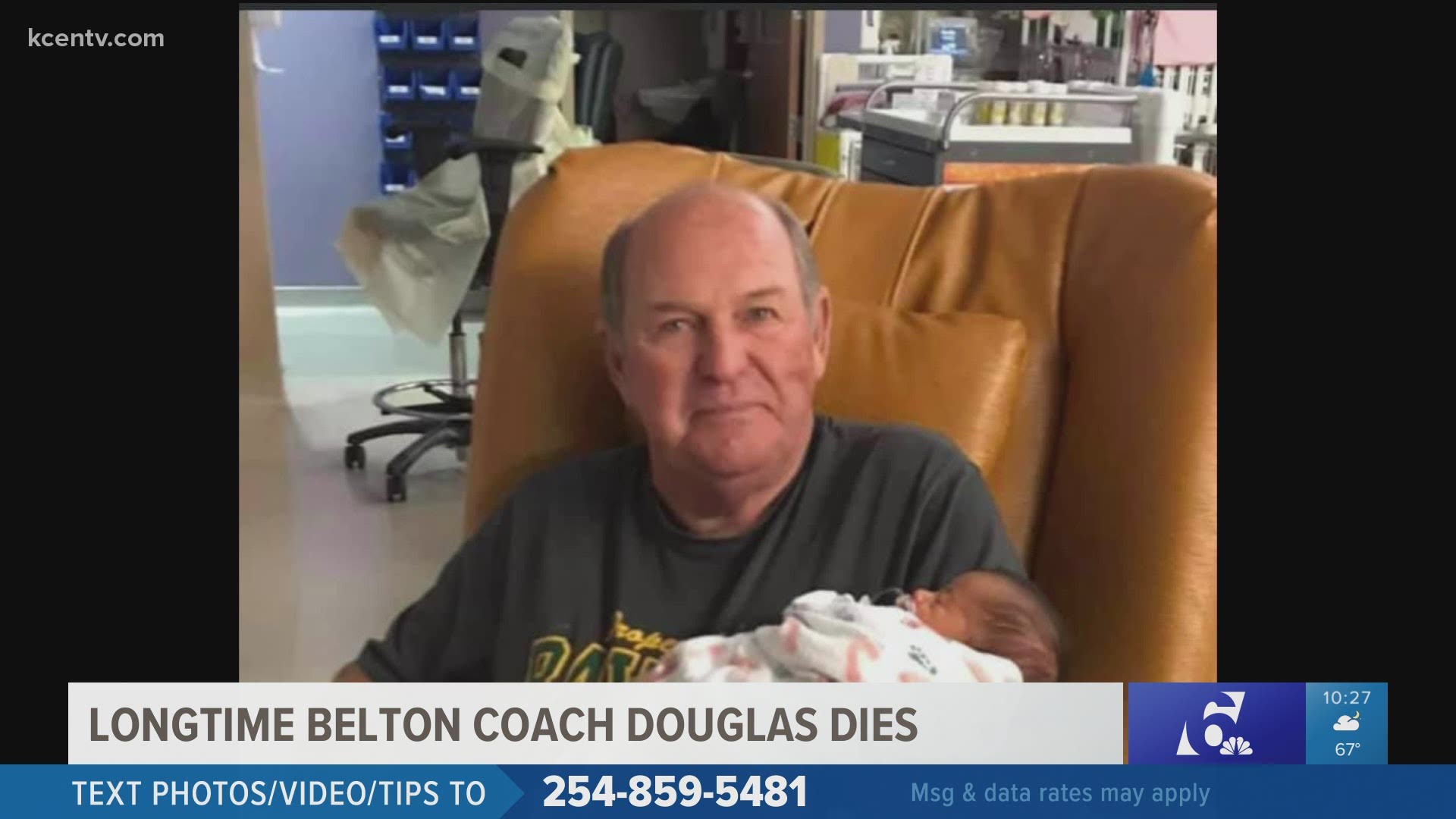 BELTON, Texas — It didn't take long for people to see the impact Chuck Douglas still had on his former players in 2017, even though he hadn't coached at Belton High School in decades.

Douglas may have been short in stature but those who knew him when he donned the whistle remained loyal to him, whether they played for him or officiated alongside him, as he did for years after retiring.

Thursday, the longtime coach and Temple-area official died. The cause wasn't shared with 6 News.

I had the chance to get to know Douglas since moving to Central Texas in 2016, officiating alongside him and his former players, all of whom had adult children.

Douglas embodied the town of Belton so much he spent 20 years in the radio booth, according to current play-by-play announcer Tony Adams, as the color commentator on Tiger football radio broadcasts.

No matter what the occasion was, when you left a room Douglas was in, you were in tears. From laughing.

It could be something as serious as a pregame for a playoff game for his fellow officials or just shooting the breeze in the Tiger Field press box.

Douglas was the light of so many rooms and will continue to be so long after he's gone.

Visitation for Douglas will be 2 p.m. to 4 p.m. Sunday at Dossman Funeral Home in Temple. His funeral will be in the same place at 10 a.m. Monday.