We sat down with the Blues' 'Chief' to talk about life off the ice. His favorite moment with the Cup, who he didn't want to face in a fight as a player and much more 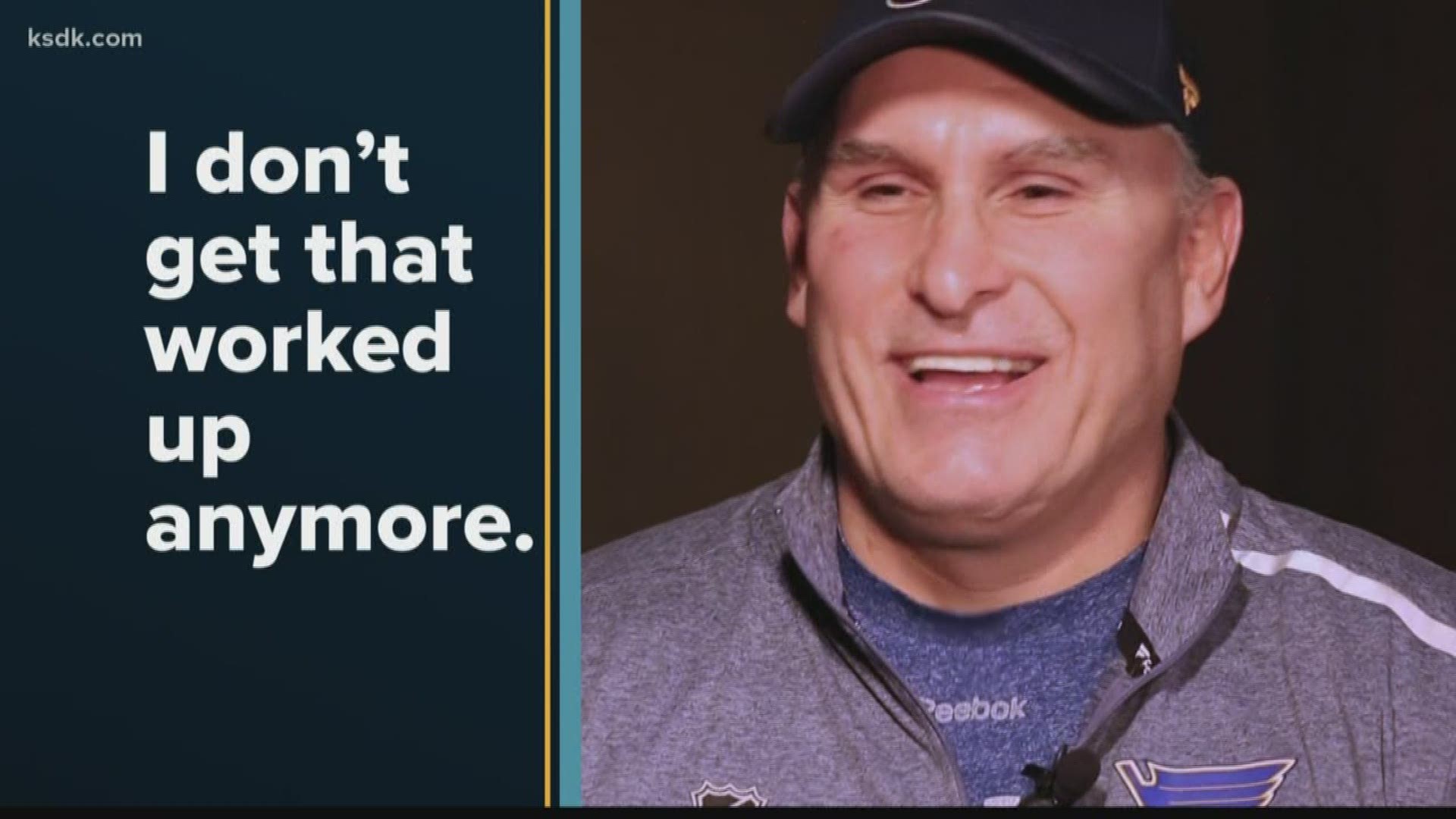 ST. LOUIS — Craig Berube is a famously intense guy. I mean, they don't call him "The Chief" for nothing.

That brand of hockey and accountability he brought to the Blues last season ended up leading them to a Stanley Cup championship.

We recently sat down with the Blues' head coach to get to know him a bit better away from the x's and o's and line changes questions and answers we typically hear from head coaches.

5 On Your Side Sports Director Frank Cusumano peppered Berube with topics from "What's you favorite St. Louis restaurant?" to "Who did you not want to face in a fight when you were a player" and everything in-between.

Here are just some of the interesting answers from Berube:

Craig Berube: "I'd have to say Paul Manno's is up there. For sure. I know Paul personally and I really like the food there so I go there quite a bit."

FC: "True or false. Your first hockey coach made you fight in a tough man competition at age 16."

CB: "He didn't make me, he asked me to. It was in Williams Lake, BC, and he was holding a tough man competition. I was doing a lot of boxing at the time throughout the year. It helped me with my game and confidence, so I ended up going in it.... I won it. I ended up winning $1,000."

FC: "And this is against grown men, right?"