The Lady Pirates came up one run short of a repeat. 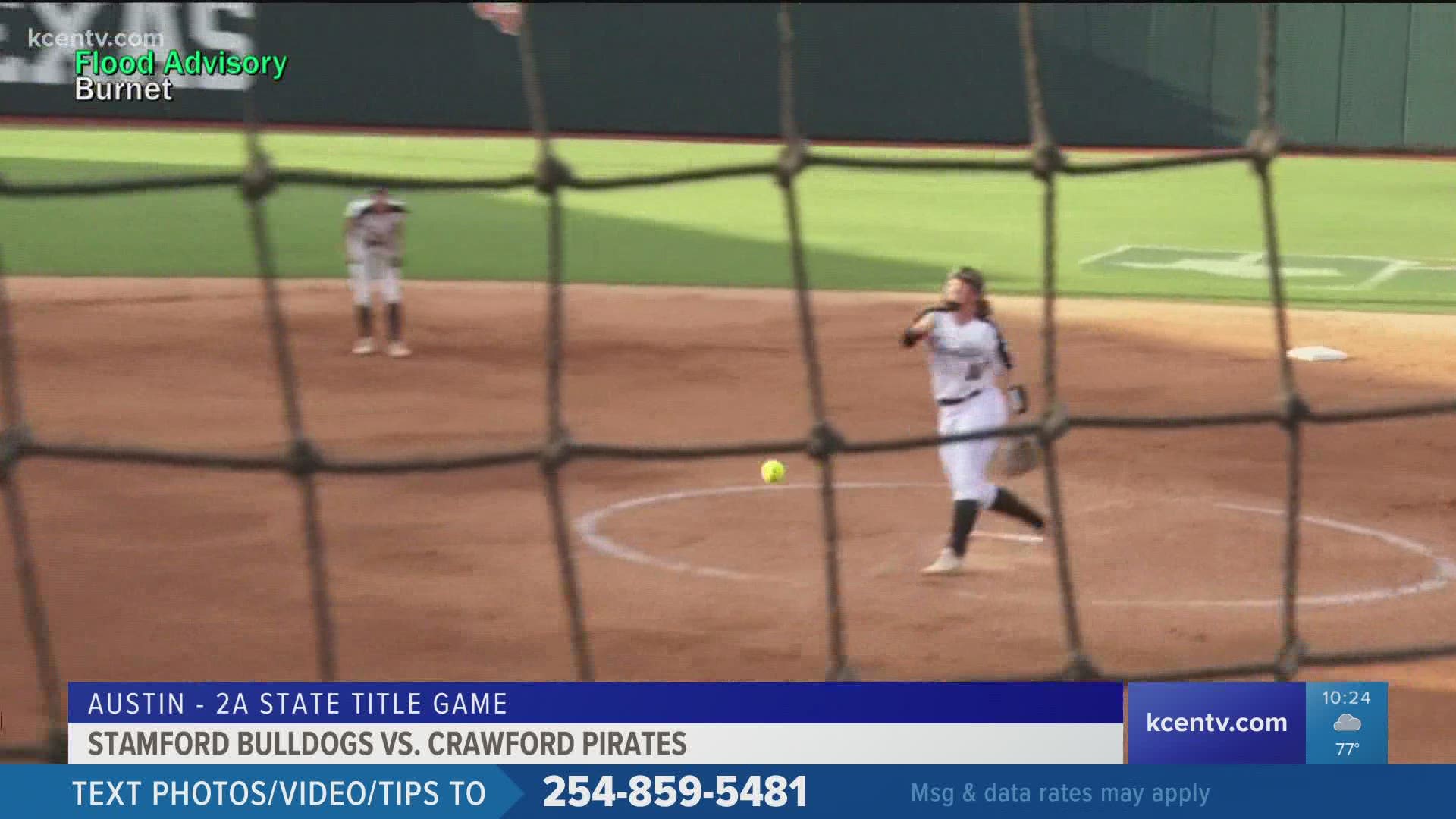 The Lady Pirates led 3-1 before a weather delay cleared the stadium in the fifth inning.

In the sixth inning, Stamford took advantage of a passed ball to cut the Crawford lead to 4-3 before an error on a pop fly scored two runs and won the game for the Lady Bulldogs.

It was Crawford's fifth trip to the state tournament, falling one run short of its fourth state championship.