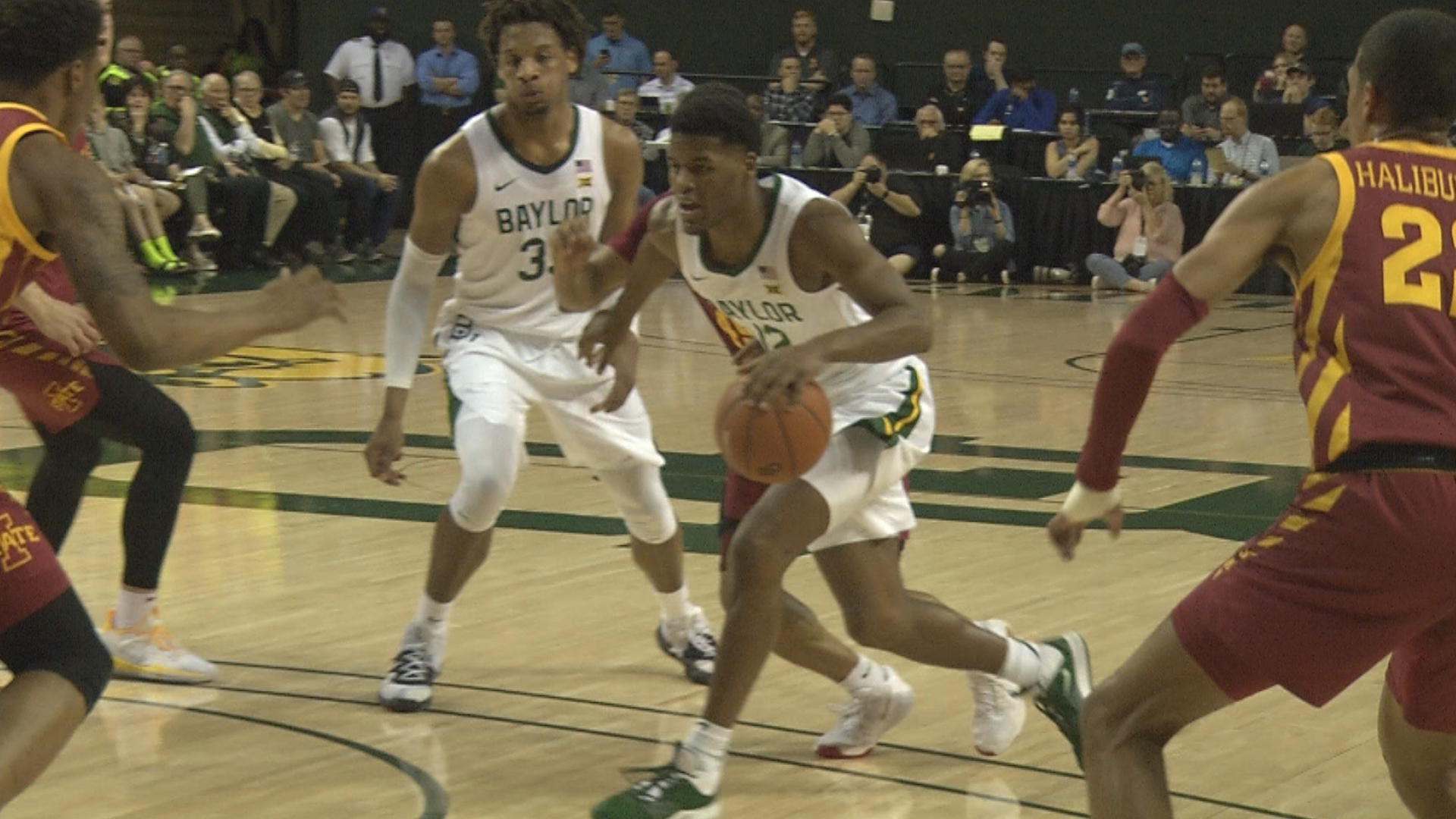 WACO, Texas — The offense has started to wake up as Baylor put on yet another defensive show Wednesday.

No. 2 Baylor beat Iowa State, 68-55, to move to 14-1 overall, 4-0 in Big 12 conference play, to maintain sole possession of first place in the Big 12. The Bears took the lead, entirely, after West Virginia's win over TCU on Tuesday.

Jared Butler led all scorers with 19 points and was one of four Bears to score in double figures, with Davion Mitchell adding 17, Mark Vital with 11 and Freddie Gillespie's 14-point, 11-rebound night.

On defense, none of the 10 Cyclones who played scored or rebounded in double-figures. The closest was draft prospect Tyrese Haliburton with nine assists.

"That confidence has been there for a little bit, now," Baylor coach Scott Drew said of his team's defense. "Everyone knows the importance of defense and the great thing is, the buy-in and they know if they don't, sometimes, the bench does help teach."

Baylor's defense bothered the Cyclones just enough, as Iowa State shot 39.% from the floor, including 26.1% from 3.

At 13 games, thanks to Alabama's blow-out upset of No. 4 Auburn, Baylor's win streak only trails San Diego State, nationally.

Next, the Bears travel to Oklahoma State for an 11 a.m. Saturday tip.

RELATED: Jared Butler and MaCio Teague pick up Big 12 Honors as Baylor MBB climbs to No. 2