Heather Beardsley has been playing football since 7th grade, and has inspired thousands across the country 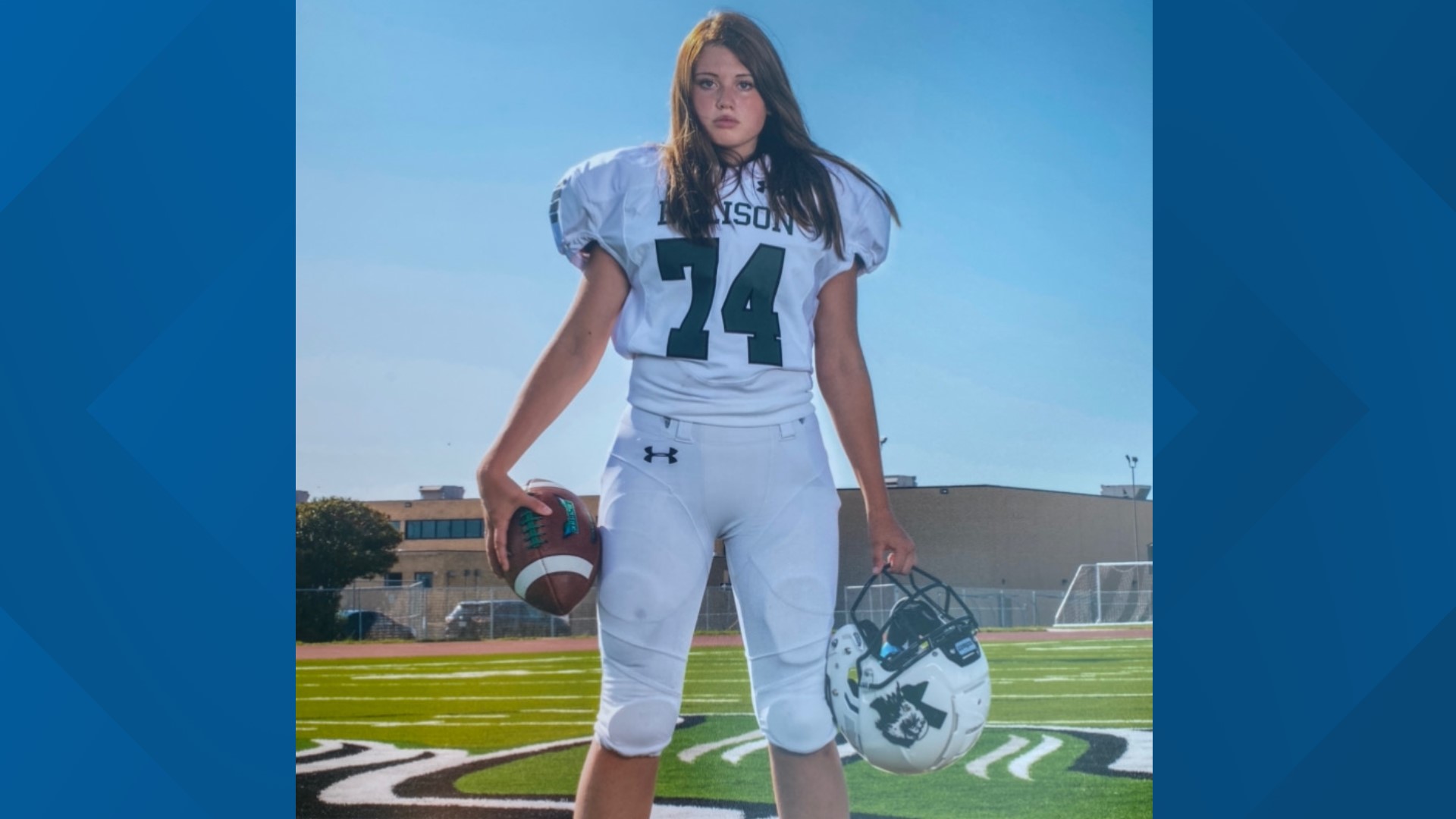 KILLEEN, Texas — In 2015 Heather Beardsley suited up for her first tackle football game, and now as a senior at Ellison high school from that day on she never looked back.

"I tried dance, gymnastics, cheerleading, every "girlie" sport in the book and it just wasn't me," said Beardsley. "Football is where I felt at home, its where I found myself."

Beardsley who grew up riding dirt bikes with her brothers and playing in the mud with her dad said on the field was where she was most comfortable. "If I had a bad day I could go out and play hard I wouldn't get looked at funny for being too aggressive because that's the game," said Beardsley. "I know it sounds crazy but I love nothing more than taking a guy to the ground and making sure the play is dead."

Beardsley who began playing football in 7th grade said it wasn't always easy, people at school would question why she was on the team which made her want to prove herself even more.

"People at school would say 'why is there a girl on the team' or 'that's a man's sport', but I never saw it that why I just think girls don't want to play," said Beardsley.

For the past 6 years Beardsley has received respect and praise from all her coaches and teammates because of her hard work and dedication both on and off the field. "Everyone sees how hard she works so no one gives her a hard time or thinks any less of her," said Ellison Head Football Coach Todd Wright.

Beardsley is not only a "tom-boy", she also has a "girly-girl" side, "My coaches called me the tackling beauty when I was in 7th grade," said Beardsley. "I love modeling because it lets me show the other side of me."

Beardsley has been modeling since middle school and even got to participate in New York Fashion week. She has shared her experiences on social media which have inspired thousands of young girls across the country. Her Tik Tok profile where she gives advice about staying true to yourself has over 65 thousand followers.

Beardsley hopes to study sports medicine in college and one day become a coach, "My coaches have taught me so much and I hope one day I can have the same impact on athletes."