Fans and players react to Rhule's move to Carolina

Following one of the Baylor Football program's best seasons in it's history, Head Coach Matt Rhule says goodbye to the Bears. 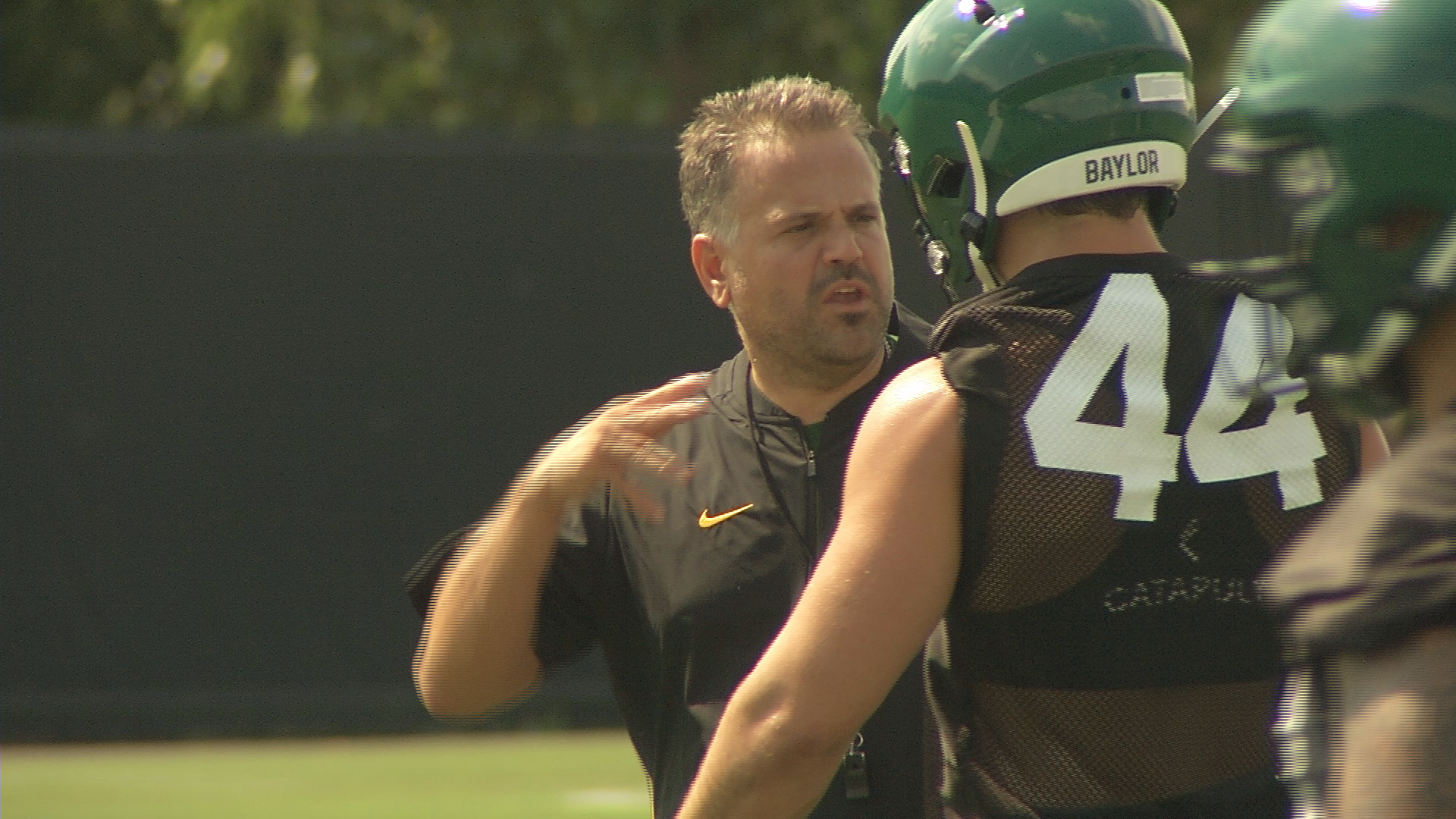 WACO, Texas — It's official. Matt Rhule is heading east for Carolina. Leaving behind a legacy of one of the best football seasons Baylor's program has ever had.

Baylor players have taken to Twitter sharing support for Rhule. Charlie Brewer, Baylor's Quarterback, is looking to the future of the program.

Fans across Baylor nation are also weighing in on social media with some supporting the Rhule's choice.

"Good hire for Carolina. The NY Giants should kick themselves for not hiring him," Steven Caruana wrote on Facebook.

Another saying he has top NFL coach material.

"Will get to the Super Bowl in 2 years of not sooner," Patrick Stockton wrote.

Others are not as thrilled for the coach.

Another calling out his loyalty to the program.

"Come on Rhule, u were supposed to be loyal," Amanda Eubanks wrote.