"Losing my job as head coach of the Dallas Stars last month was a wake-up call," Montgomery said in a statement Friday.

Fired Dallas Stars coach Jim Montgomery said the loss of his job was a "wake-up call" that spurred him to go to a residential treatment facility for alcohol abuse.

Team leadership gave few details last month about why the coach was fired other than to say he had displayed "unprofessional conduct."

"Losing my job as head coach of the Dallas Stars last month was a wake-up call. It was also the appropriate call," Montgomery said in a written statement Friday.

The former coach said his job loss "forced me to look into the mirror and decide whether I wanted to continue living a damaging lifestyle or get help."

He said he has entered rehab and is taking the steps to be a "better husband, father, friend, coach and mentor."

“We are supportive of this decision by Jim and we hope that by pursuing this help, he and his family will be stronger for it," team officials said.

Montgomery was hired in May 2018 and was in his second season as head coach of the Stars. He had a winning record at the time of his firing.

Fans were stunned by the firing when it was announced in December.

Rick Bowness, who had been an assistant coach since June 2018, will be in the interim head coach position for the rest of the season.

Dallas Stars Radio Analyst Bruce LeVine told WFAA that Montgomery was beloved by both players and the team officials.

"Jim is a good guy and this is a personal issue of him. It's about his private and future health," LeVine said.

LeVine, who has called games for 10 years, said that if Montgomery deals with his issues then he will get back to the ice eventually.

"There will be a place for him, whether it's the NCAA or the NHL," LeVine said.

"You have to get him to where he needs to go and you can't say enough about the courage it took for him what he did today."

“Losing my job as head coach of the Dallas Stars last month was a wake-up call. It was also the appropriate call. I let the team’s front office, staff and players down. More importantly, I let my wife and my family down. The team’s decision to end my role forced me to look into the mirror and decide whether I wanted to continue living a damaging lifestyle or get help. I decided to get help. I turned to professionals in the field of alcohol abuse for their guidance and counseling. It has been an overwhelming and a very humbling experience knowing that I am not alone.

Today, with the unconditional support of my wife and family, and many close friends, I took another step forward by admitting myself into an inpatient residential program, where I intend to take the steps to be a better husband, father, friend, coach and mentor – one day at a time. It’s a process I am committed to. As I do this, I ask that my family’s privacy be respected. Thanks, Monty.” 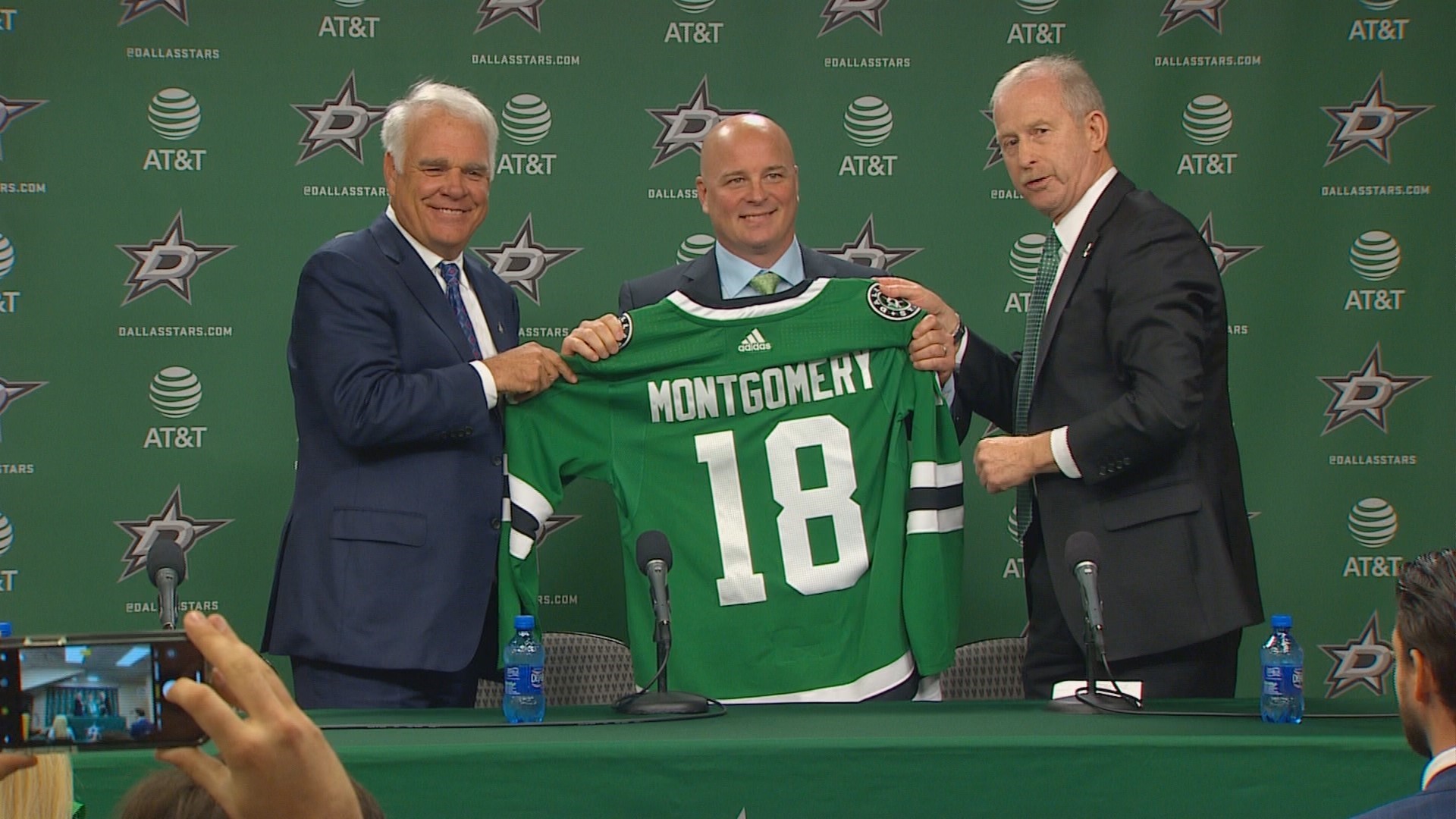