This bunch of Billikens is exciting so far, but to really make waves this season, they're going to need to count on their 'beast' to keep eating. 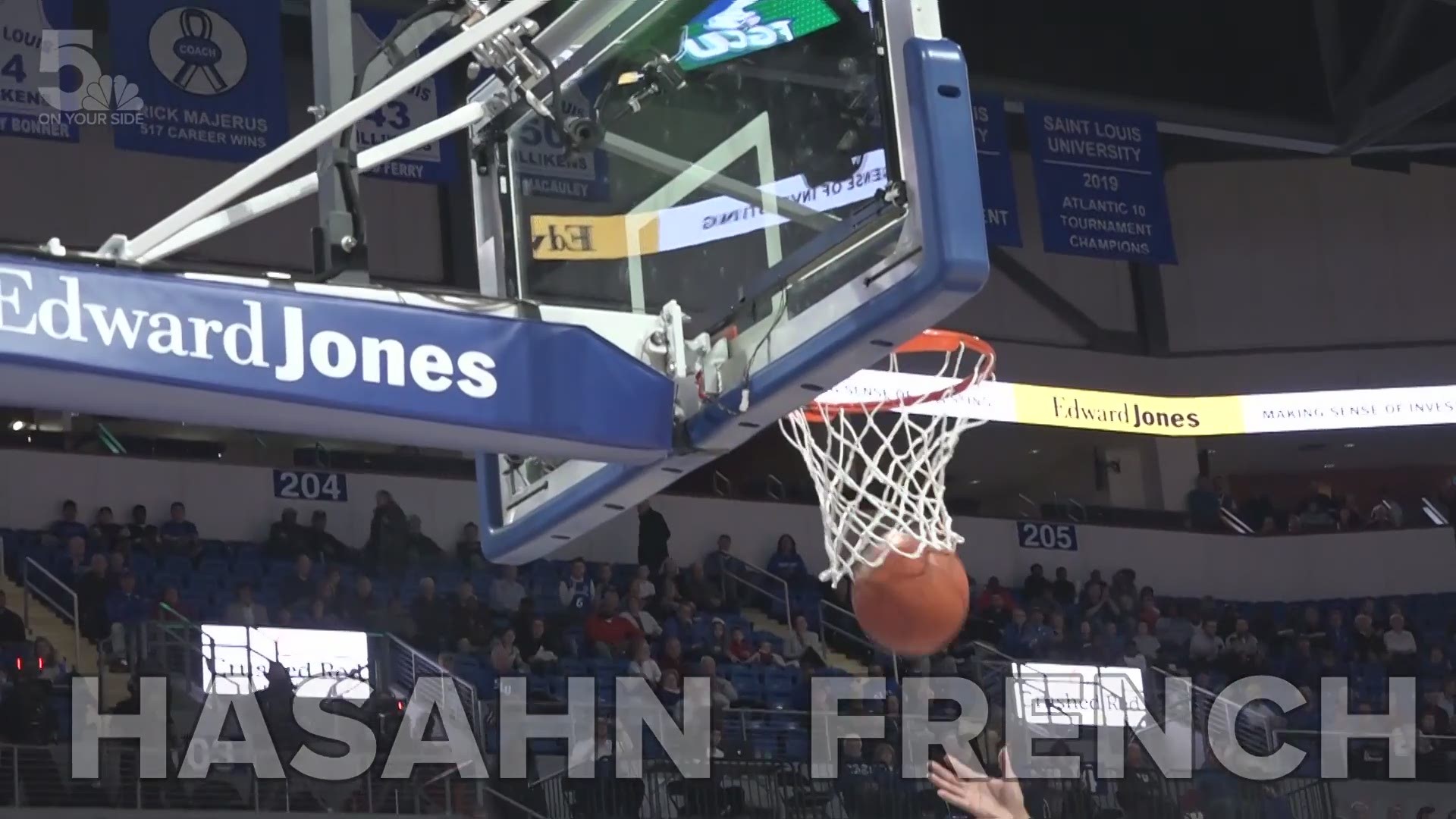 ST. LOUIS — Hasahn French just has the look of a guy who's going to embarrass you on the basketball court. He's big, strong and plays with an edge.

In his junior season, French is proving he's ready to embarrass any and all opponents.

SLU's big man has been making quick work of his team's non conference opponents so far in 2019. He's averaging 15.3 points and 6.7 rebounds a game.

The Billikens' towering terror in the paint is the key to their entire season.

French is averaging just over 24 minutes a game so far through his team's first three games as their main post presence. Jordan Goodwin is the only Billikens player averaging more minutes. There's no question that SLU has a lot of talent on this year's roster, but as far as a go-to big man, French is their default target.

It's presence more than anything.

You know when Hasahn French is on the court. He could thrown down a demoralizing dunk on you and then immediately swat your shot into the fifth row on the other end.

His teammates certainly know how important he is, and so does his coach.

"He's the best player on the court. That's at all times. And he's not afraid to tell you that," Goodwin said after the team's first game of the season. "That's his goal. And for us to be successful we can't go anywhere without him."

"He does some high level things. There's no doubt," head coach Travis Ford said after the team's win against Eastern Washington. "He does some things that are pretty elite. There's no question that we ask a lot out of him, and we need a lot. And he usually delivers."

There's quite a bit of excitement around this bunch of Billikens right now, and for good reason. They're young, fun and supremely talented.

To really makes waves once conference play rolls around though, they're going to need to count on their "beast" to keep eating.