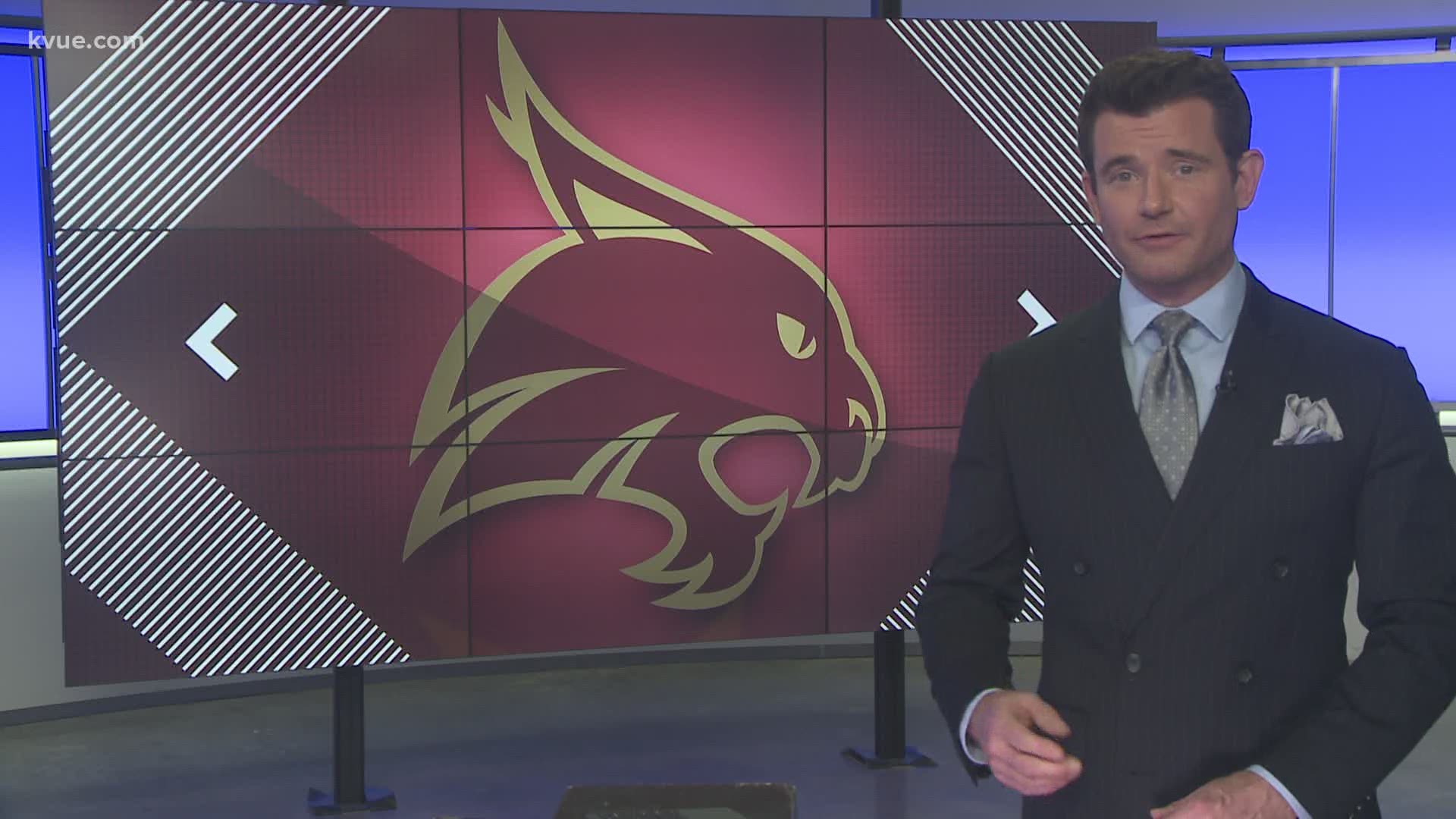 A reporter with our partners at the Austin American-Statesman confirmed the players have tested positive since beginning voluntary workouts on June 1. According to a statement the reporter obtained from Texas State, it was determined the five players acquired COVID-19 "in their different communities and not on the university campus."

All five are self-isolating for 14 days, according to the statement.

In the statement, Texas State also said it has been conducting daily symptomatic testing since student-athletes reported to campus earlier this month. Each player has a daily temperature check and athletic trainers conduct symptom screenings before workouts begin.

This news comes the same day that an OrangeBloods.com reporter stated that six University of Texas players have tested positive for COVID-19 and nearly 15 players are being quarantined.

It also comes amid continuing reports of increasing case numbers in Hays County. On Wednesday, Hays County's epidemiologist Eric Schneider announced 58% of the new cases reported since June 10 are people ages 20 to 29 and are residents of San Marcos.