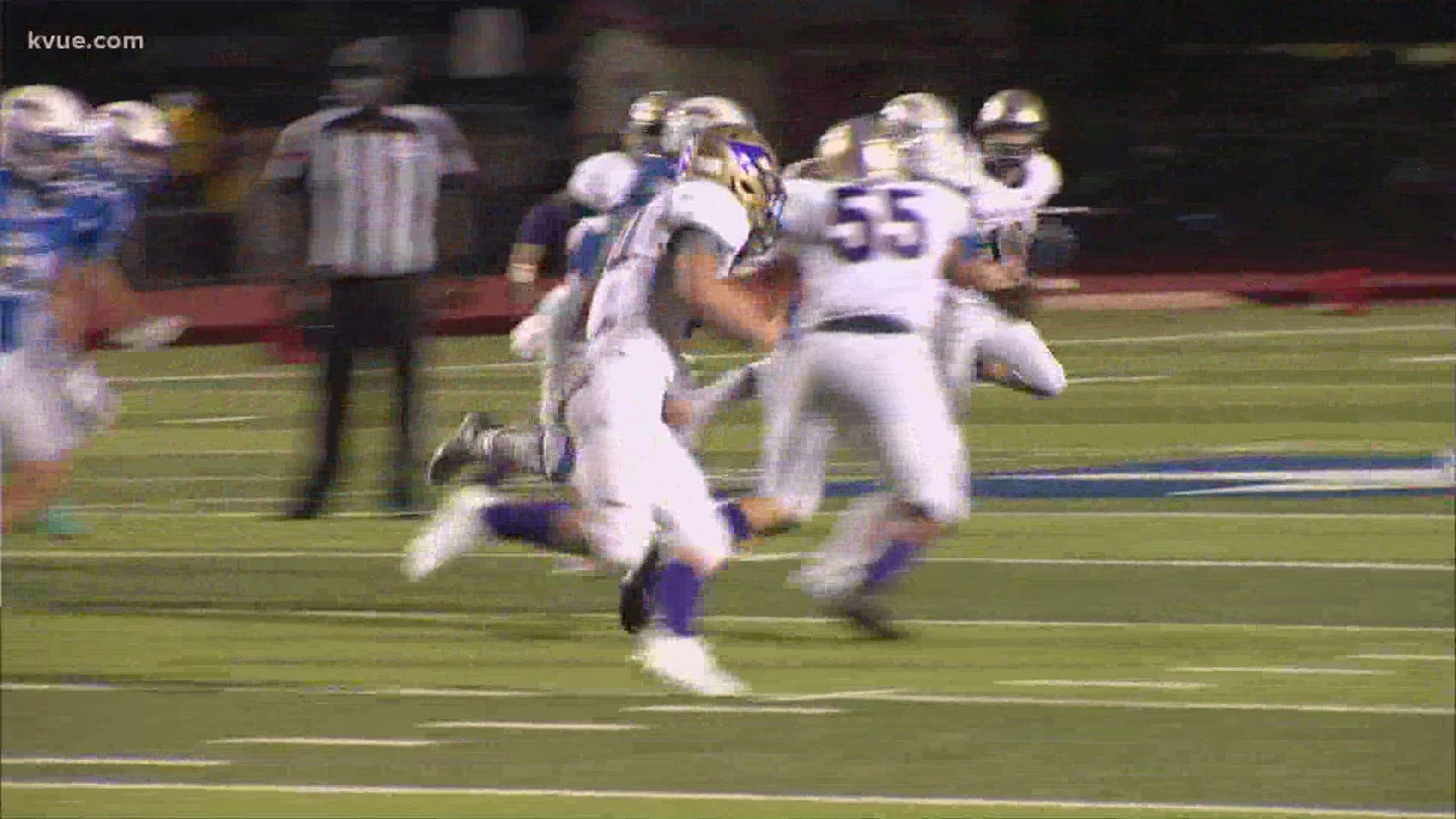 He was surrounded by his loving wife, two daughters, brothers and mother, district officials said.

Walker last coached the Liberty Hill Panthers (8-0) on Nov. 20 in a 84-0 win over Austin Navarro. Walker's eight-year battle with kidney cancer was a reason he left Rogers a few years ago, according to Texas Longhorns play-by-play voice Craig Way.

Way said “family and health reasons” was what Walker told him at the time of his departure from Rogers.

Coach Walker, who was 52, last coached the Panthers just 11 days ago in their most recent game on the field—a win over Austin Navarro. His battle with kidney cancer was a reason he had left Rogers a few years ago—“family and health reasons” was what he told me at the time.

Coach Walker had been battling cancer for quite a few years.

He’d never want to talk about his health though.

“It’s not about me, it’s about these players,” is what he’d tell me each time I saw him at practice. https://t.co/Khy9epM0X4

"Regardless of the challenges, he may have had along the way, he never gave up. Walker had coached in every game while undergoing treatments. He rarely missed practices despite enduring painful side effects. He was a fighter with a passionate drive who set high expectations for those around him and continually raised the bar. He will be remembered for the love he had for his family, his dedication to his players, and his excellence as a coach. His legacy will live on in the hearts and minds of everyone he interacted with as well as those he reached but never met. Such an extraordinary person Jeff Walker was. This is truly a great loss to our district and to our community as a whole. His strong work ethic and commitment to Liberty Hill and the athletic department was an integral part of our success and growth. 'This place is better because you were here and these kids are much better because you coached, improved them, loved them, and built Champions!.' Superintendent Snell relayed to JW yesterday. He will be profoundly missed by everyone whose lives he touched. Our prayers and heartfelt condolences go out to his family, friends, and colleagues during this difficult time."

Liberty Hill regularly made the playoffs in the 4A classification and moved up to the 5A classification in 2020 under Walker's watch. The Panthers went undefeated and won the 5A-2 District 14 title in 2020.

Liberty Hill will take the field for the first time since Walker's death in a playoff game against Leander Glenn on Dec. 11.

104 years ago this week, Bevo made his debut at a UT football game. But where did his name come from?