Historic Academy football season can be linked to coaching relationships

The group of men that lead the Academy Football program have a tight relationship on and off the field, leading to historic success. 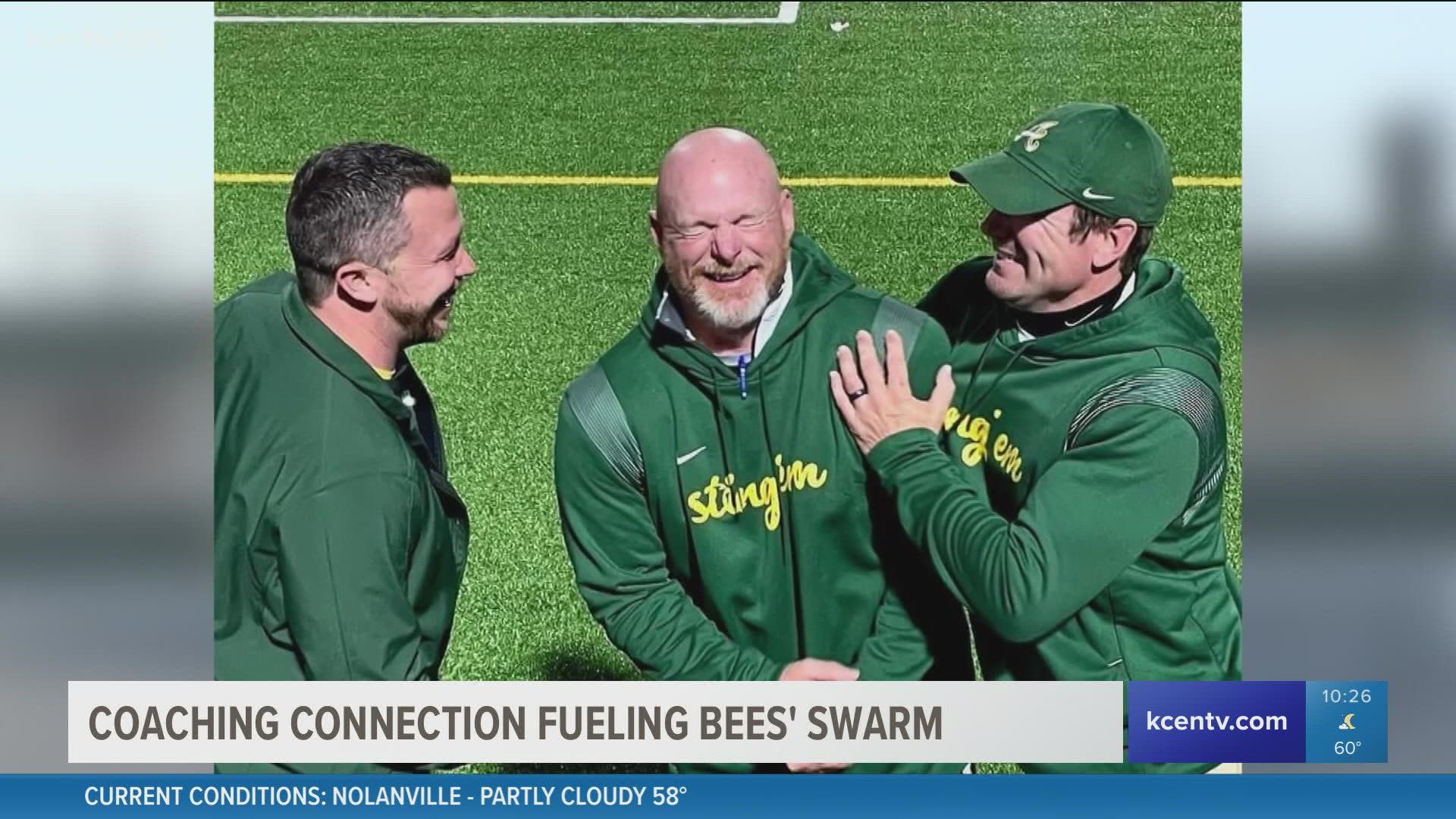 LITTLE RIVER-ACADEMY, Texas — “They better make a movie about it, I mean it’s just one of those situations, because you’re an underdog.”

That's what defensive coordinator Eddie Dewbre says about the Academy Bumblebees if the team is able to win a state title.

Winning a state title is the most difficult thing in high school athletics, but in a season where the Academy BumbleBees have won their first playoff game since 2014 and clinched their first 11-win season since the 1960's, anything seems possible.

“Our intention is just keep winning, and do what we can do, and number one put a good product out there week in and week out," head coach Chris Lancaster said.

Lancaster, Dewbre, and athletic director Jared Hunt are three of the men leading the Bees athletic department. Their success at Academy can be linked back to their early days at Bruceville-Eddy High School. Lancaster hired the two coaches as assistants right out of college in 2009. They coached there for a few years before all heading in different directions.

In 2019, Hunt was hired to be the athletic director at Academy. A year later, he hired Lancaster as his head coach, Dewbre followed.

“Those guys means so much to me," Hunt said. "Lancaster hired us right out, it was our first job and we were learning and going as it is. I couldn’t ask for a better group of guys to be around.”

The three men have spent years together, building a bond that is nearly impossible to break.

“In this business you spend a lot of hours and it’s a grind," Lancaster said. "You spend more time with others people kids than you do with your own, and a chance for us to be together and share our philosophies and our love for one another as a brotherhood too.”

Their similarities and interests have kept them on a successful path.

“Being around guys you know have the same goal you do, to have that trust with each other, it’s made coaching fun," Dewbre said.

If there were to be a movie made, it would include a winning montage, like all good sports movies have. The Bees are certainly in the midst of theirs. With a win on Friday in the regional semifinals against Diboll, the Bees will tie the all-time record for wins in a season for the school.

“I don’t know if it's a combination of having great kids, great players, and a good coaching staff, and a great community and boom making a splash, but this is something we’d like to sustain and hold onto for a while," the head coach said.

Before the film can be cast, they still need a few more wins. Three to be exact would win them a state title. The challenge lies in the games ahead, and the community and town will certainly be cheering them on.

“To see green and gold and see it kind of booming around here, it is special, it really is. The town is ready for another exciting run," Hunt said.

Their game is scheduled for Friday at College Station High School. Kickoff is set for 6 p.m.