'I never thought I would end up here': Baylor's Freddie Gillespie defies the odds

The 6-foot-9-inch Baylor forward began his career at a Division III college. He now starts on one of the nation's best teams. 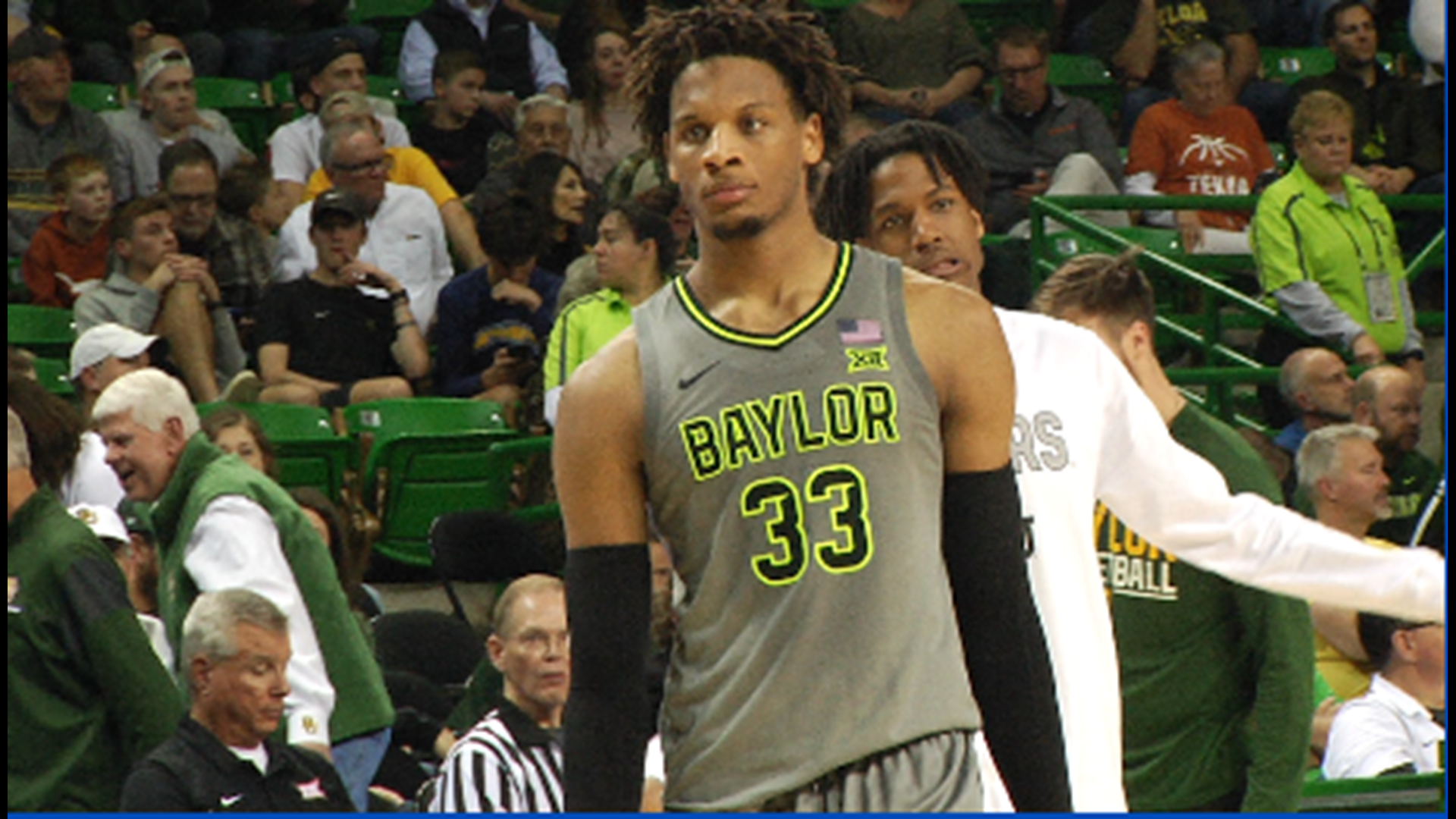 WACO, Texas — The first time the light bulb went off in Freddie Gillespie's head that he could play at the next level, he said, was while watching a UNC game.

"I was watching with one of my friends in late December," Gillespie said. "They were listing the athlete's verticals and talking about their bodies and I said I have all of that."

Despite beginning basketball in the eighth-grade and suffering several injuries in high-school, Gillespie went on to play basketball at Carleton College, a local Division III school in Minnesota.

During Gillespie's freshman year, he only earned 16 minutes of playing time.

"I was disappointed. I knew being at the Division III level I should be out there," Gillespie said. "I am a competitive guy so I knew if I just got in the gym more I could prove myself."

He then went on to earn the 2017 Second-Team All-MIAC and All-MIAC Defensive Team honors after playing in 27 games and making 23 starts as a sophomore. He averaged 10.0 points, 8.3 rebounds and 2.6 blocks in 22.8 minutes per game.

Those impressive stats landed on the desk of Scott Drew, the head basketball coach at Baylor University. Drew decided to give the Sophomore a shot as a walk-on.

Gillespie sat out the next year to satisfy NCAA transfer requirements, to retain two years of eligibility.

"When Freddie first got here he had trouble scoring alone in the gym," Drew said. "I would spend two or three hours working in the gym not counting practice. And still I would get destroyed in practice."

After spending countless hours and utilizing the coaching staff and resources Baylor had to offer, Gillespie earned a scholarship for his red shirt junior year.

"That was the proudest moment of my basketball career so far," he said. "I remember Coach Drew called me into his office and I told me they were giving me a scholarship. That was when I knew all my hard-work had paid off."

He played in 26 games and made 11 starts during debut season at Baylor, getting named to the fall and spring Big 12 Commissioner’s Honor Rolls.

As a red shirt senior, Freddie Gillespie starts on a team currently ranked in the AP Top 25 at number 4, averaging 8.7 points and 9.5 rebounds.

"I love to see that Freddie has stayed humble and trusted the process," said Drew. "Hes still the same Freddie Gillespie he was when he got here. Now he's just a better player."