The former St. Mary's dragon has all the makings of an elite-level college point guard. In his freshman year, he'll help bring some spark to SLU. 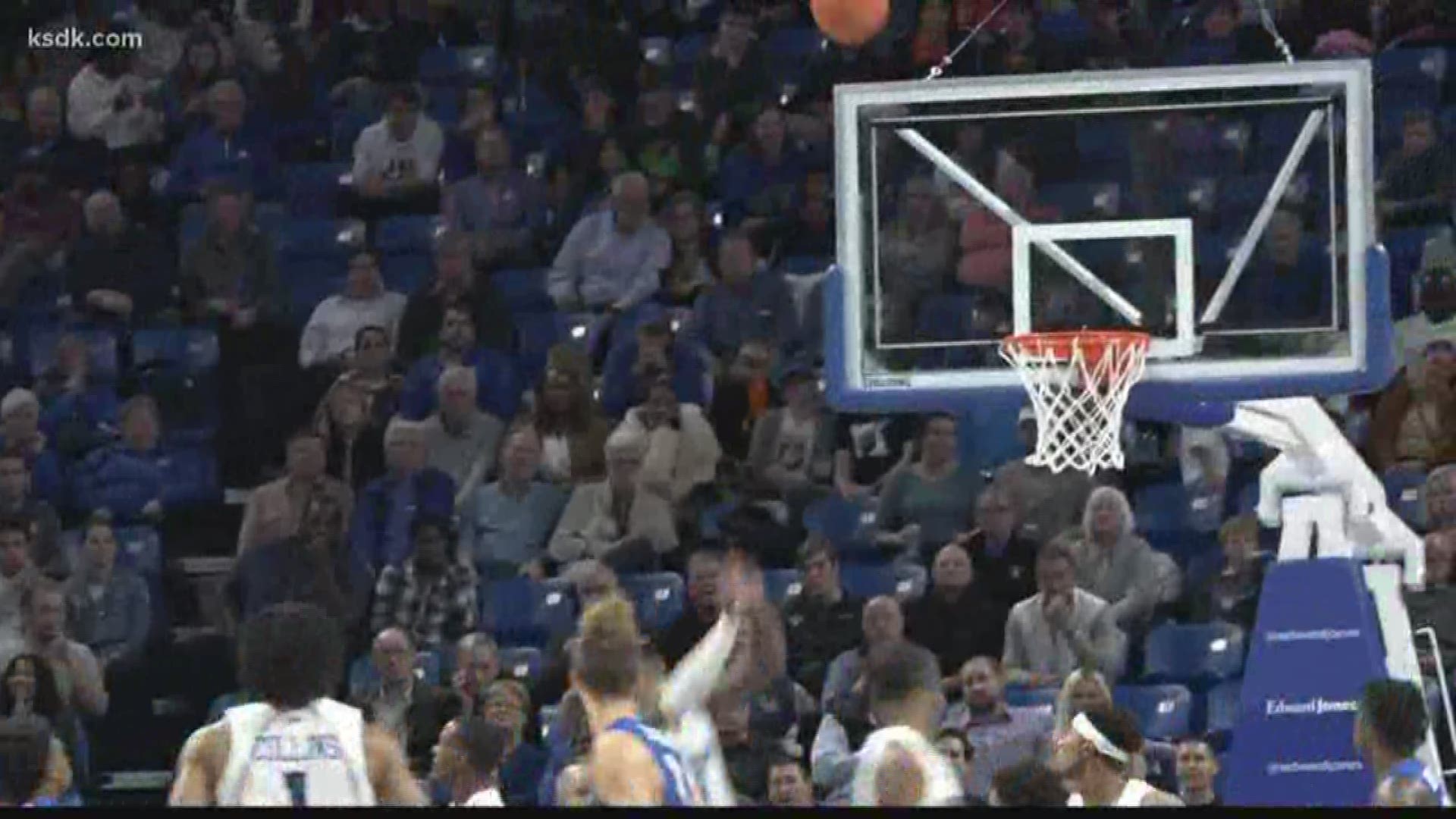 The elusive point guard could've taken his talents far away from his hometown upon graduation. But he didn't. He decided to make the long trek five miles up the road from St. Mary's to Chaifetz Arena to play for his hometown Billikens.

"Just being able to play for my city is kind of crazy. Throughout my process I always thought about what would it be like to play for my city," Collins said "Not too many people do this. Some local kids who are really good go off to other schools away from their city... And I'm happy to be here."

Collins might just be a freshman, but he's home, he's hungry and he's liable to put on a show for the Billikens this season.

Collins wasn't a starter in his team's first game of the year against Florida Gulf Coast, but it didn't matter. He still logged the third most minutes on the team, led the Billikens in assists with nine and managed eight points of his own.

Collins doesn't care about his role. He's just ready to use his skill set to make SLU the best they can be.

RELATED: Yuri Collins needed just one leg to prove he's the most exciting player in the state

"I'm not really looking into the starting position. I'm just here to do whatever I need to do to have my team win," Collins said. "Whether that's me coming off the bench being the sixth, seventh, eighth man or being a starter... It really doesn't matter where I'm at. Coach Ford is going to put me in a position to be successful."

And about that skill set...

Collins is one of the best passing point guards we've seen in our town in a while, and he loves using his gifts to its their full potential.

"I just like to see my teammates happy," Collins said. "It's a gift that God gave me, so why not use it? I've got the good court vision and IQ to find my teammates so whenever they're open that's what I'm looking for."

It's important to remember Collins is just a freshman this season, with a limitless ceiling ahead of him. But so far, he's turning heads and warranting attention from fans and opposing teams alike.