Queen Egbo started in place of NaLyssa Smith, who missed Wednesday's game with an injury. 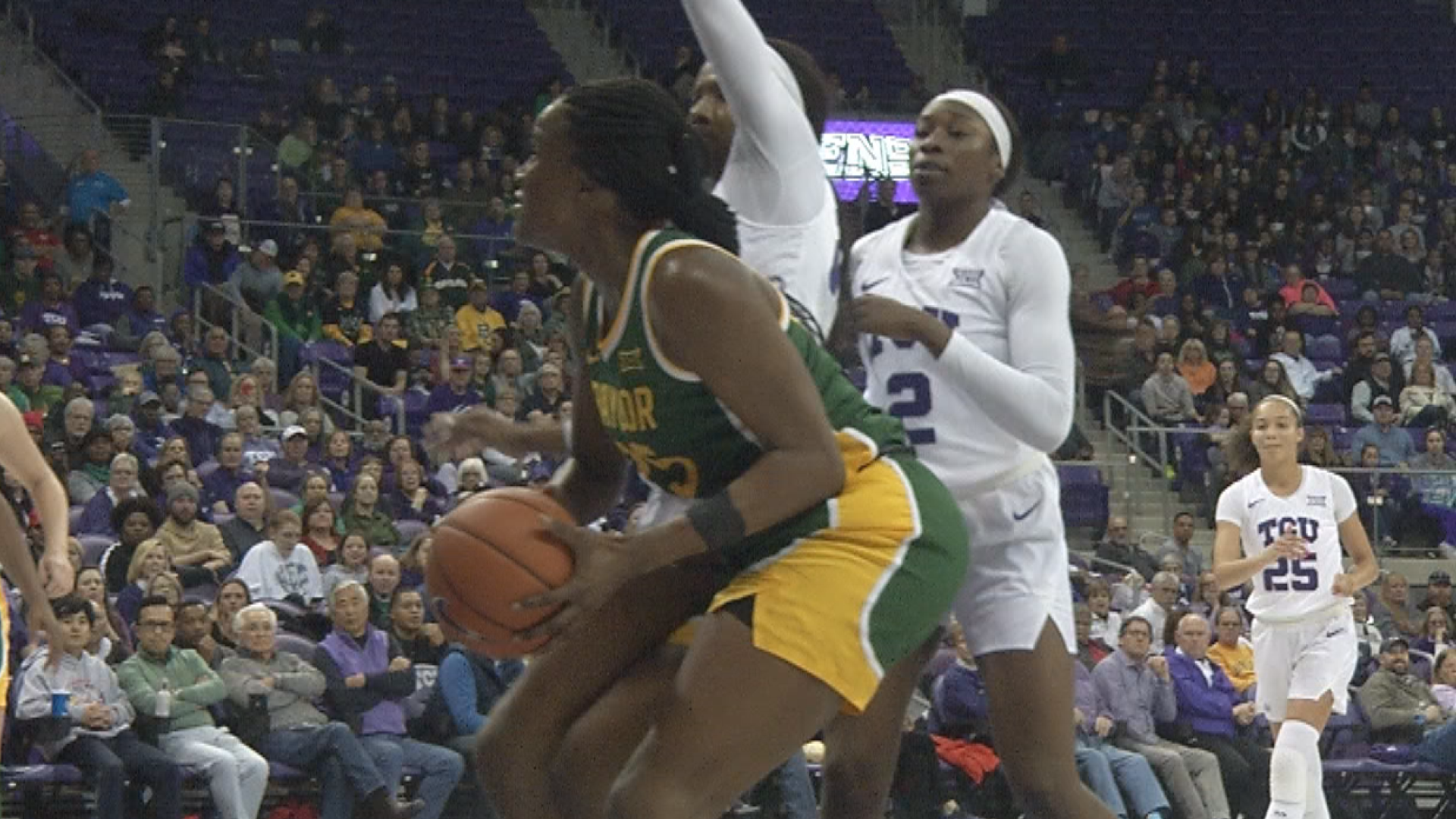 FORT WORTH, Texas — Without its star sophomore, Baylor survived its toughest test thus far in the Big 12 schedule.

Baylor had to do it without star sophomore post NaLyssa Smith, out with an high right ankle sprain, which Mulkey said after the game was nagging from when she initially hurt it in the recent win against Oklahoma State.

"I didn't want to risk it this early in conference play," Mulkey said, adding Smith was able to run in straight lines fine Wednesday morning and wanted to play. However, Mulkey wasn't comfortable with Smith's gait and held her out, precautionarily.

But, Baylor failed to hit a free throw in the first 30 minutes, going 0-for-4 from the line in the first three quarters. At that point, TCU led by 1.

In the fourth, Baylor went 8-of-16 and committed just four of its 18 turnovers, out-scoring the Horned Frogs 22-12 in the frame.

"We started making a few defensive stops and not letting them get offensive boards and came down and executed a few plays," Mulkey said. "The cog just kept going but, just missing free throws, guys. We knew they were going to foul us, just get up there and make your free throws."

RELATED: No. 2 Baylor uses big first half to cruise past Kansas

RELATED: 'Big' lineup came from nowhere, but will likely stick around for Lady Bears