Chris Lancaster's coaching career has gone differently than most. But, he said that it's for the better. 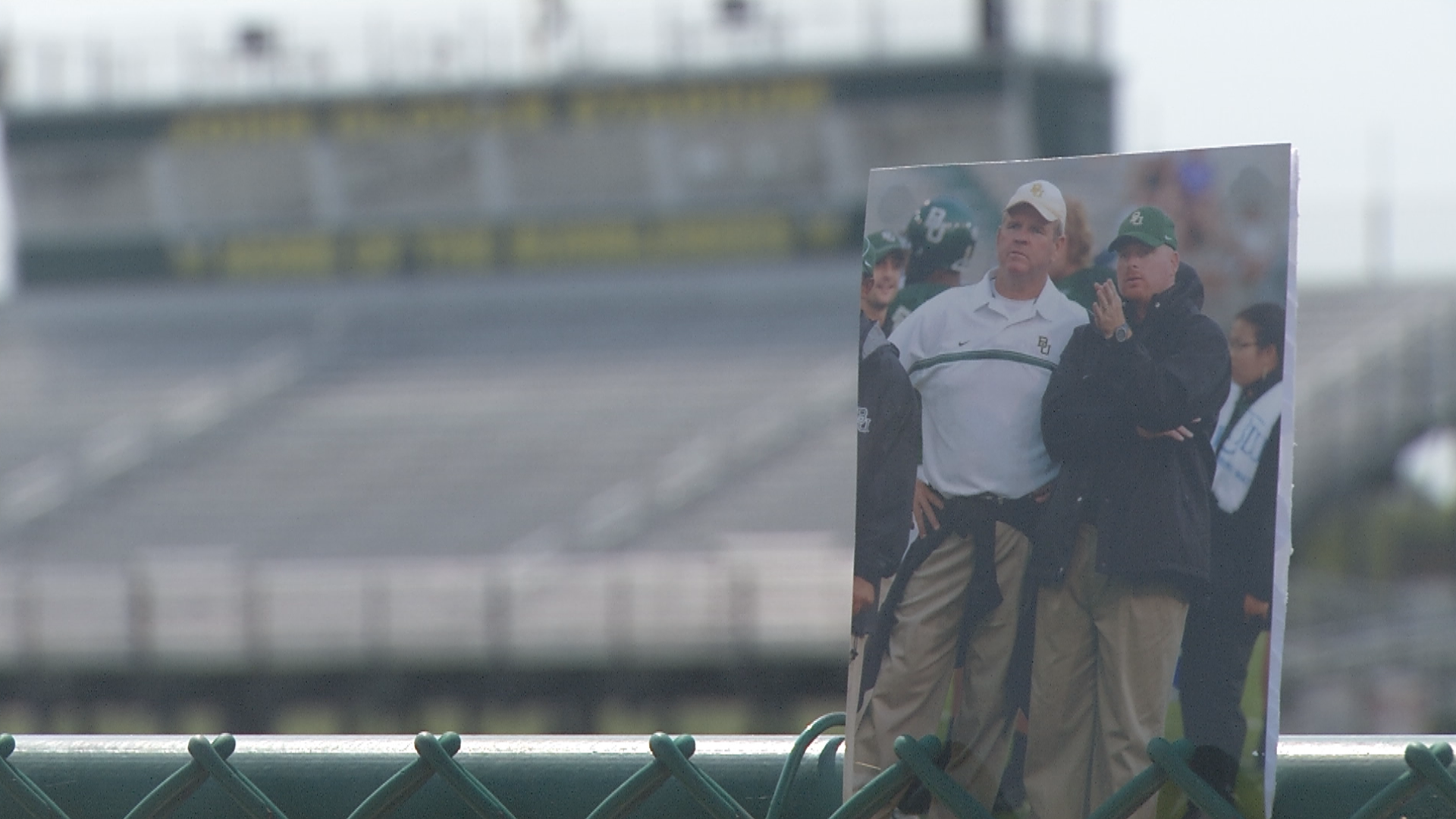 LITTLE RIVER-ACADEMY, Texas — There's a new buzz in Little River-Academy as a new era dawns for the Bumblebees.

Chris Lancaster arrived at the hive in March, the latest step in a journey made possible because of his high school coach at Riverside Military Academy in Georgia and a football camp.

"His son was our quarterback and had went up to Clemson University for a wrestling camp and came back and said, 'Chris, we've got to go to their football camp,'" Lancaster said. "And, we went there. Went there for three summers."

Lancaster was later offered a chance to play for the Tigers, starting at fullback for three seasons, from 1985-87, before a career-ending injury took him out of the helmet and put him in a headset.

1 / 9
Clemson Athletics
Chris Lancaster played for Clemson from 1985-87 before suffering a career-ending injury.

"Before they go after a head coach, they say, 'Coach, you've got to make some changes or we're going to come after you,'" Lancaster said. "I was one of the changes after that 2006 season. The, I decided I was going to get in to high school coaching."

Lancaster's high school coaching career began where his football journey did, Riverside Military Academy, his alma mater. He coached there for two seasons.

Then, his heart brought him back to Central Texas.

"I married a girl from Crawford, Texas," Lancaster said. "And, she was homesick. So, we had to come to Texas just as fast as we could. I live in Crawford and I took the Bruceville-Eddy job back in 2009."

Lancaster led the Eagles for five seasons before he joined Ronnie Porter's staff at Troy in 2014. For six years Lancaster worked to build the Trojans and was the offensive coordinator for Troy's historic 12-2 season in 2019 when the Trojans made it all the way to the 3A Div. I state quarterfinal.

In March, the opportunity came knocking once again. This time, at Academy.

"I was approved that Wednesday before Spring Break and then I was able to have a team meeting that Friday in this locker room," Lancaster said.

It would be three months before he got to see his players, again.

But, once the 2020 season kicked off, Academy jumped out to its first 4-0 start in generations, beating two preseason-ranked teams on the road to start before pitching back-to-back shutouts at home.

He's quickly helped turn the Bumblebees into a legitimate threat out of District 11-3A Div. I.

"My career has kind of gone this way, from the top down," Lancaster said. "But, I think I've learned more and it's prepared me to be a head coach. I know I'm a better head coach, now."

With the foundation from coaches like Danny Ford and Guy Morriss, he's working to build a program. He shares a message with his kids to embrace any opportunity which might come their way.

"Thank God they were using a fullback at Clemson," Lancaster said. "I found a home, and I hope to give that to some kid here."

The Bumblebees are currently 4-1 after falling to Lorena in their District 11-3A Div. I opener. Academy is home Friday against McGregor. Kickoff is set for 7:30 p.m.