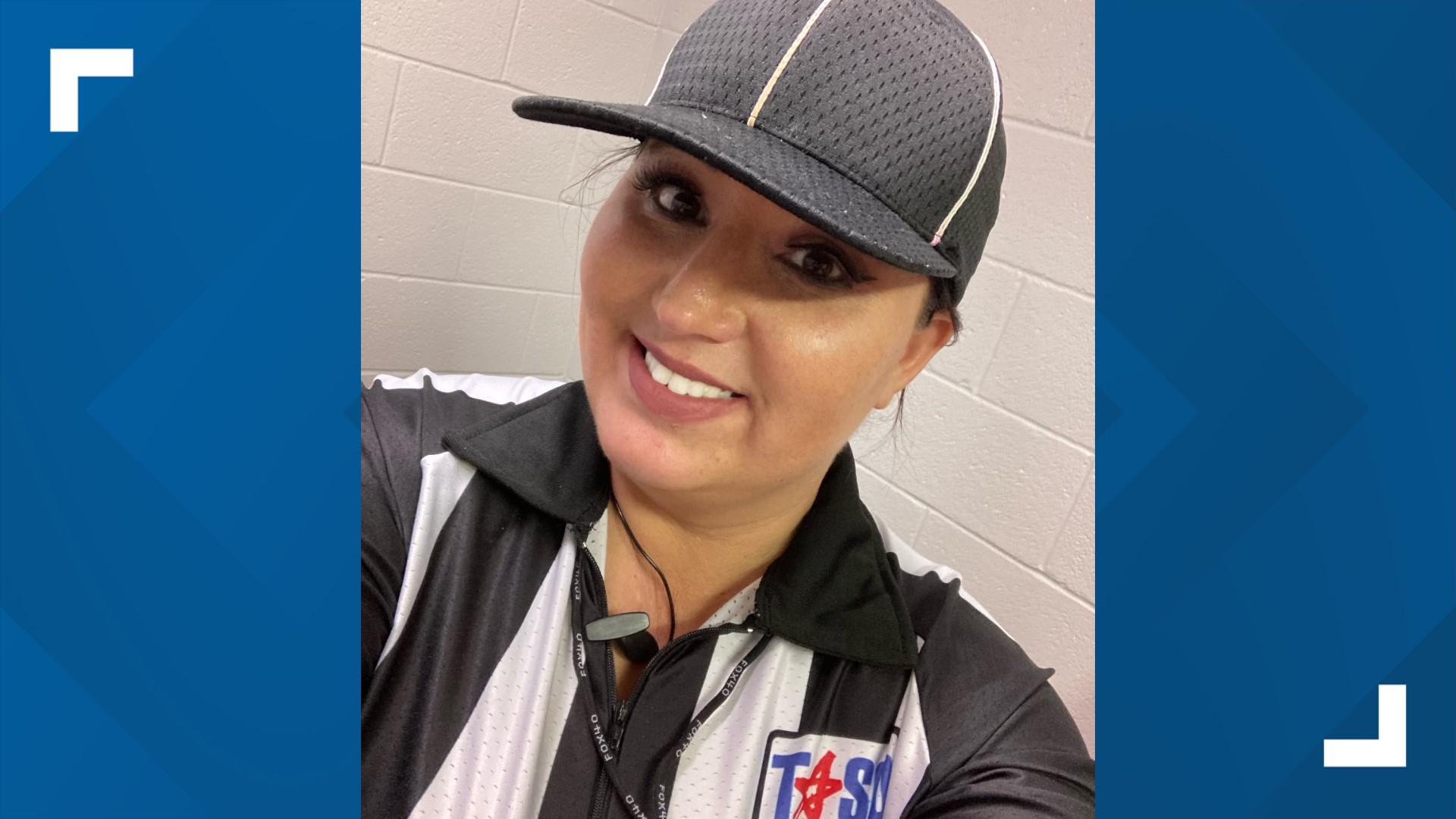 WACO, Texas — Jenifer Calhoun never thought she would be in the spotlight that she's currently sharing.

For a sports official, the less your name is said, the better. But for Calhoun and four others, their names have been all over the news lately. They became the first all-female officiating crew in a Texas varsity high school football game.

"You hope to get playoff games and things like that, but this kind of job but phew, this is something I can tell my grandkids about. We go to all these games and all these kids, it's snap after snap, game after game and to be able to make your mark in the king of football states, I mean, I get chills," Calhoun said.

Calhoun has been officiating football for just three years. Her background from officiating comes from roller derby. She didn't think an opportunity like this would present itself for many years.

"I was kind of shocked, I'm going into my third season which is pretty amazing," she said. "But a lot of people wait 10-15 years before they get this kind of opportunity."

Crystal Cooksey, Rachel Stepien, Amy Smith and Valerie McIntosh were the other women to get the call. Michael Fitch, the executive director of the Texas Association of Sports Officials [TASO], said they all deserved it.

"These ladies, they earned it," Fitch said. "They made their way here, just like one of them was the first to work a Texas State Championship game in January."

That official was Cooksey. Calhoun has looked up to her, and then got to work the game with her. Now, the Waco-area ref has the same status.

"So many young women are inspired, I've had football players message me and say 'Hey I wish we got to see you on the field.'"

These women have collectively officiated more than 200 games at the high school, semi-pro and collegiate level, but this game will stand out.

"That's something I know that I'll probably never get to experience, but I really, really, really hope I can," she said. "But I never thought I'd get to see it in my lifetime, but to see it and know, I at least got this one moment."

For anyone who is interested in officiating for the upcoming season, you can visit the TASO website, here.