Baylor offensive line aims to improve through depth and experience

The Baylor offensive line struggled in 2019, ranking ninth in the Big 12 in sacks allowed 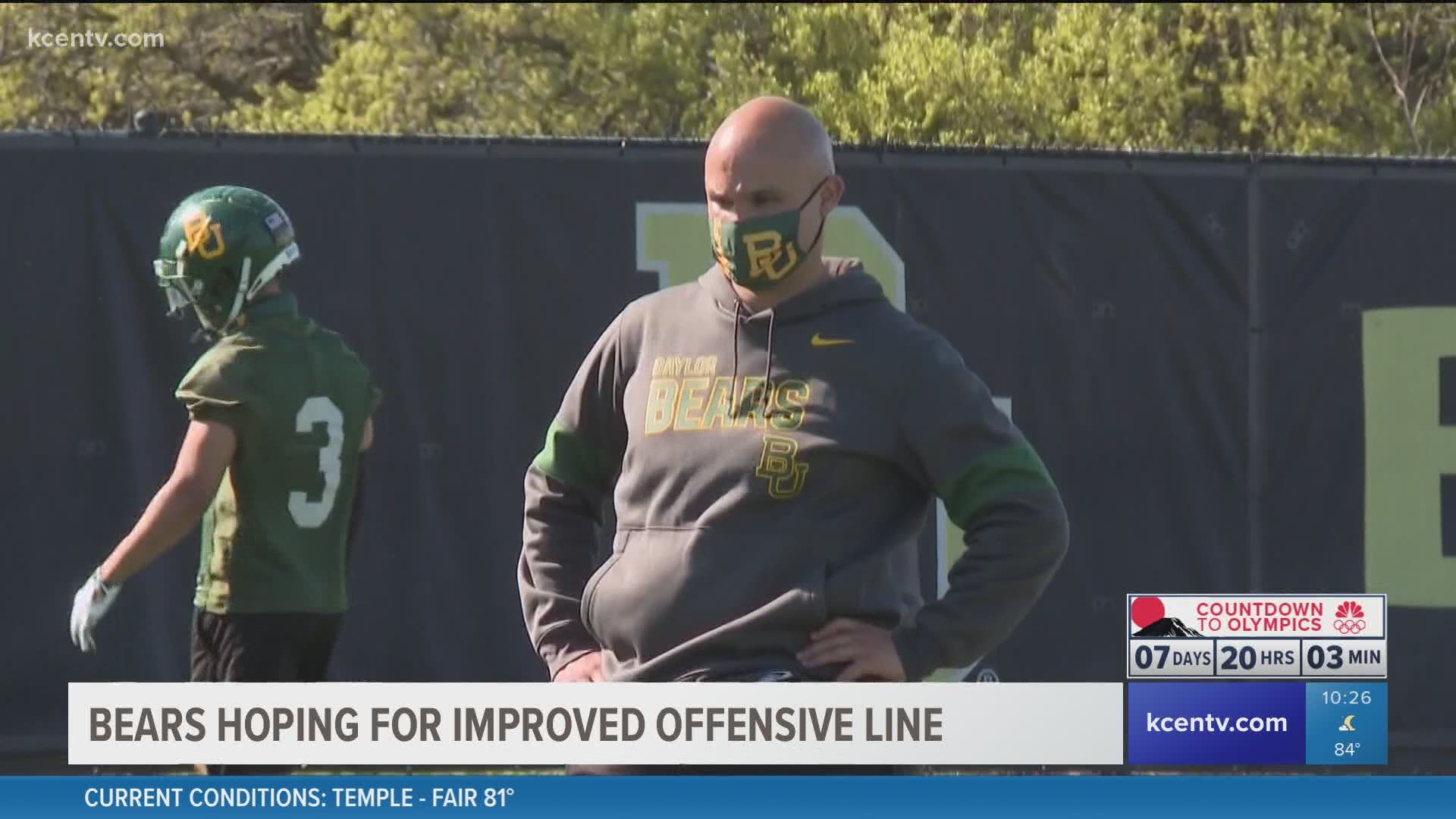 ARLINGTON, Texas — After ranking last in rushing offense and ninth in sacks allowed in the Big 12, Baylor's offensive line will need to improve if they want to have success in 2021.

The Bears struggled with injuries and COVID-19 in 2020 which led to a depleted line. Head coach Dave Aranda said it was hard to have an identity with the inconsistencies.

“We’re coming from last year where it was like we need to run the ball, how are we going to do this," he said. "Can we perimeter run, can we get our receivers to help block, we’re gonna pass protect, how are we gonna do this? To get it from that mindset to a mindset of no, you guys are out in front, you’re leading.”

Baylor will be led on offense by a new coordinator in Jeff Grimes, who has an O-line background. Eric Mateos, the first-year offensive line coach, followed Grimes to Baylor from BYU.

“Having Coach Mateos and Coach Grimes, both offensive line guys, they have given us a lot of tools for our toolbox for each individual," Galvin said. "They have really helped push us to where we need to be.”

During Spring and Summer practices, players got experience at each position on the offensive front which will make them a more versatile group during the upcoming season.

“With guys being able to play multiple spots, it’s gonna be great for us because throughout the season, guys get hurt, stuff happens.”

Two transfers and a few vets on the line could mean a much different experience for a group that is pivotal for the Bears having success.

RELATED: 'Horns Down' symbol 'probably going to be a foul' during college football season

RELATED: Baylor's Bernard feels better than ever returning from injury