No. 21 Baylor suffers first loss of season to No. 19 Oklahoma State

The Bears were looking for their second-straight win over a ranked opponent, but couldn't move the ball, losing 24-14.

STILLWATER, Okla. — No. 21 Baylor traveled to Stillwater, Oklahoma on Saturday looking for their second-straight win over a ranked opponent in No.19 Oklahoma State.

Dave Aranda's team came out flat in the first half, racking up just 99 total yards and six rushing yards on nine attempts.

The Cowboys weren't all that flashy themselves, but did score 14 in the first half. Their first score came on a 12-play, 75 yard drive that opened the game with redshirt senior Jaylen Warren finding the end zone.

Baylor held its own the rest of the half, intercepting Cowboys quarterback Spencer Sanders twice. But with 36 seconds left in the half, the redshirt junior QB found wide receiver Rashod Owens on a 32-yard strike to make it a 14-point game.

Baylor punted on its first eight drives into the third quarter, but finally found the end zone on drive nine.

After an OSU field goal made it a 10-point game, Gerry Bohanon kept a QB sneaker to make it a three-point game with 12:04 remaining in the fourth.

The Bears needed a defensive stop with 2:12 to play and the Cowboys on the Baylor 4-yard line. On 4th and 2, Jaylen Warren punched it in and OSU went up 24-14.

The Bears totaled just 284 yards compared to the Cowboys 411.

Baylor wouldn't comeback from that. They suffer their first lose of the year by 10. The Bears now get ready to face West Virginia next Saturday in Waco at 11 a.m. 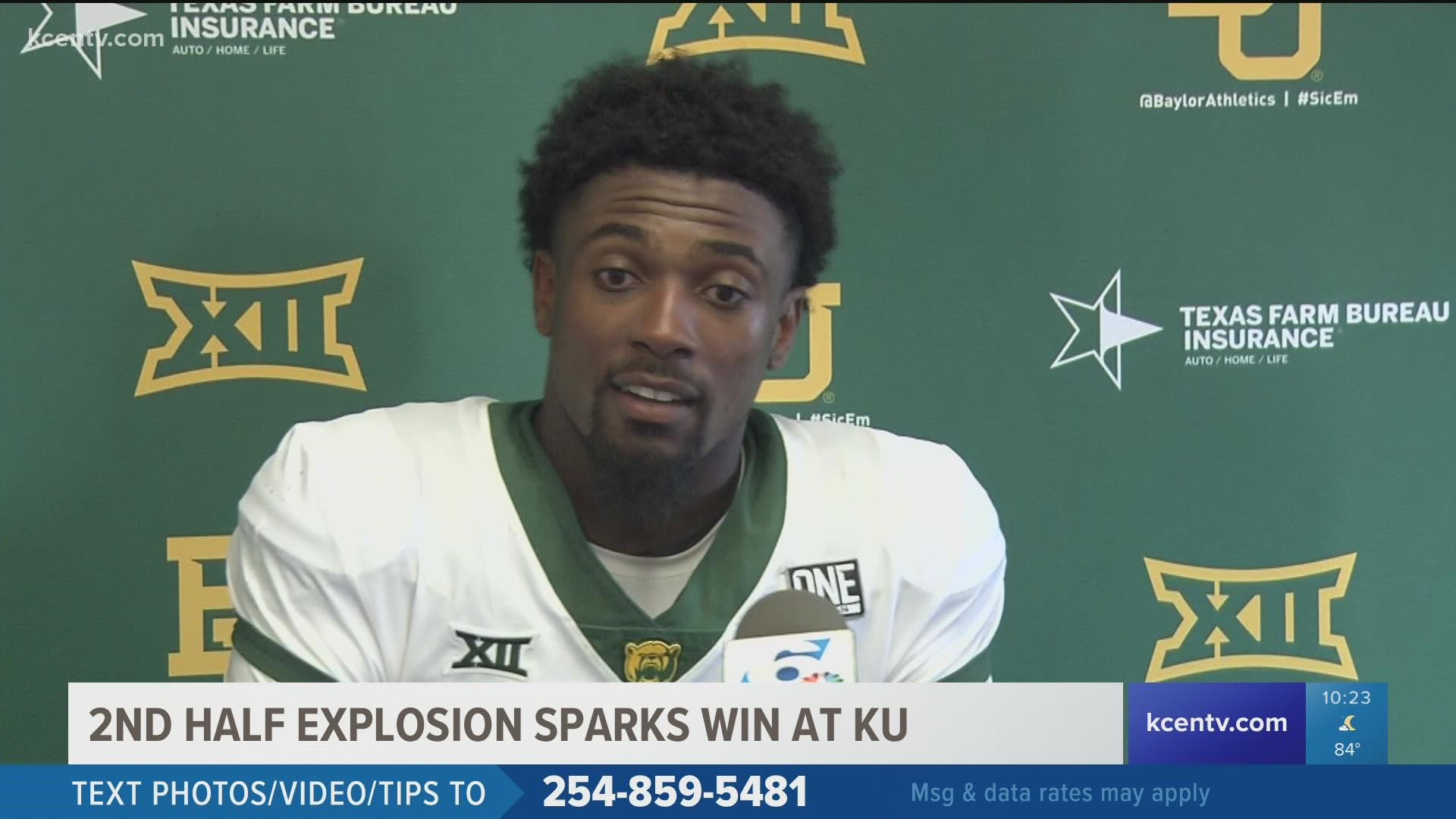 Baylor sparks win at KU with second half explosion