She's the WNBA rookie of the year. He's a trainer to the NBA stars. Together, they're the perfect 2-on-2 team 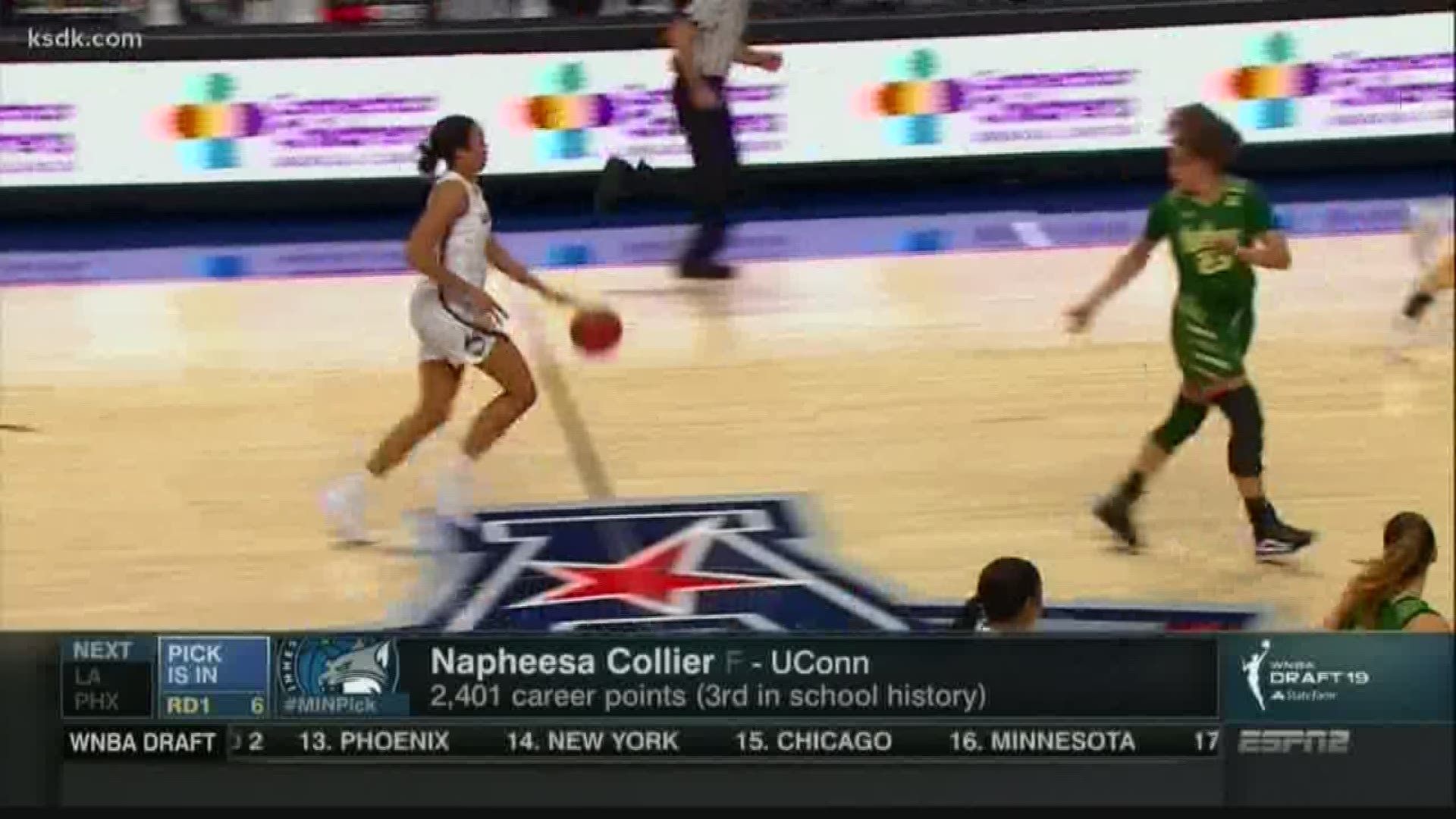 ST. LOUIS — Napheesa Collier and Alex Bazzell are a basketball couple like few others. She's the WNBA rookie of the year. He's a trainer to the NBA stars. And they're both proud St. Louisans.

Bazzell spent his time in our town racking up more than 2,300 points combined between high school at St. Charles West and college at Lindenwood Unviersity. Now, he's a trainer, working with pro superstars like Trae Young and Kyrie Irving, and was close with the late Kobe Bryant, even training his daughter Gianna.

Collier became the greatest women's basketball talent our town has ever seen, winning three state titles with Incarnate Word, a national championship with UConn, becoming a two-time college all-american and winning the WNBA rookie of the year award with the Minnesota Lynx last season.

"She just gives a smile and there's nothing really else to say. Her heart is the reason I fell in love with her," Bazzell said.

But, the two have been able to draw that line of where relationship stops, and coaching takes over.

"Like we do when we're training there has to be a line," Collier said. "Like if we're in relationship mode I don't really want him telling me what to do, but if we're in trainer mode I want him to be my teacher and tell me what I'm doing wrong."

This all-star couple is set to be married in November.

RELATED: The 2020 Olympics may be in jeopardy, but St. Louis' Justin Robinson dreams on

RELATED: 'You got to get in some way, somehow' | The coronavirus isn't stopping this NFL player from getting better