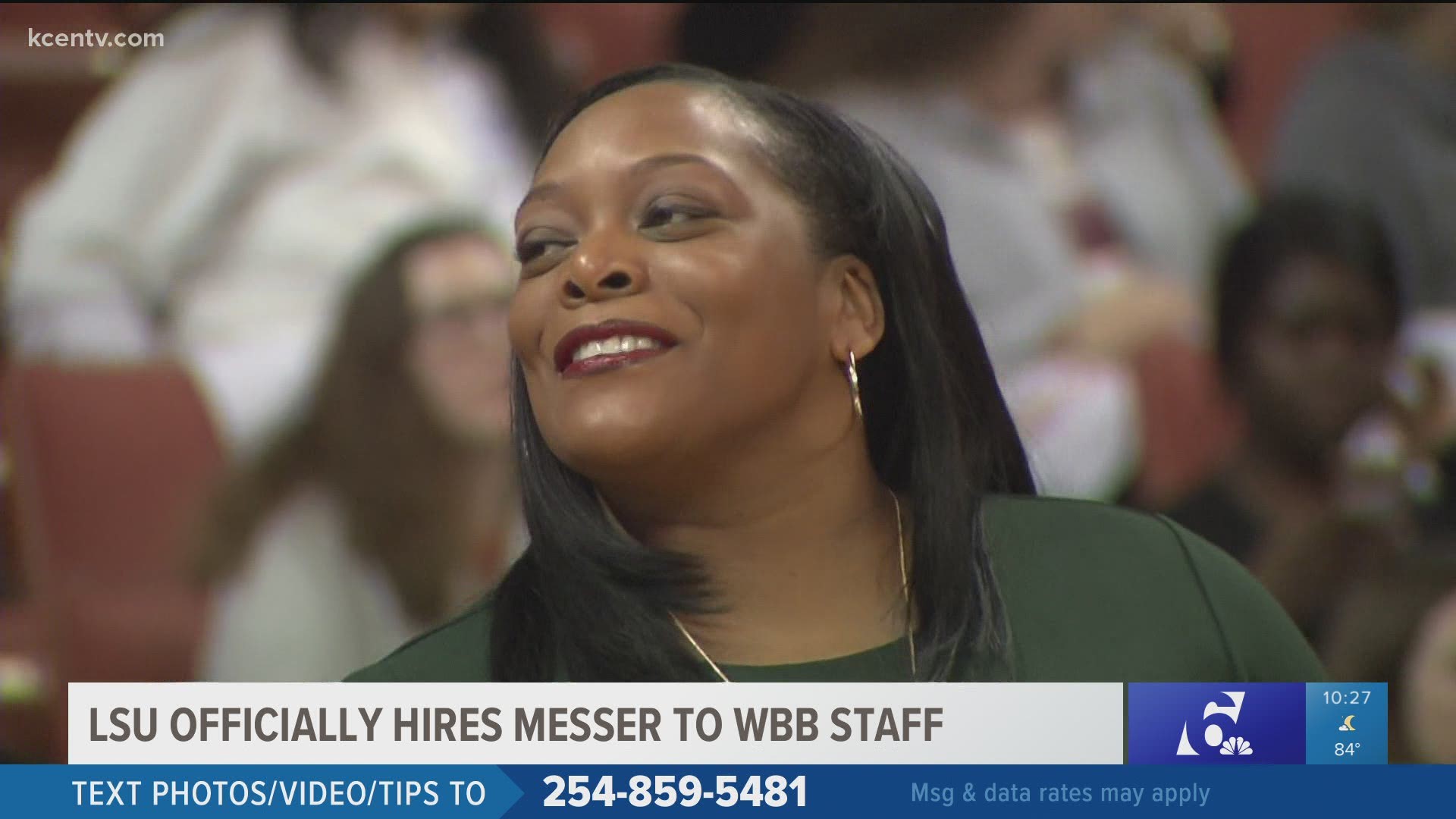 Tuesday, LSU announced Messer was officially heading to Baton Rouge alongside longtime Baylor head coach Kim Mulkey to be her top assistant with the Tigers.

Messer spent eight seasons on Mulkey's staff at Baylor, helping the Lady Bears go 260-23 with a Big 12 regular season championship each season and six Big 12 Tournament championships. In that time, she also helped recruit top-five classes four times, including the top-ranked recruiting class in the country in both 2016 and 2018.

"Having played in the SEC, I have always admired LSU women's basketball and what this program has accomplished," Messer said in a statement. "It gives me great pride to be part of a program with such a rich tradition with five Final Fours and so many outstanding programs."

Baylor's staff currently has no holdovers from the previous staff with one assistant coaching position left to fill, as of Tuesday afternoon.