The Panthers' streak of consecutive state championships was snapped Wednesday night in Arlington. 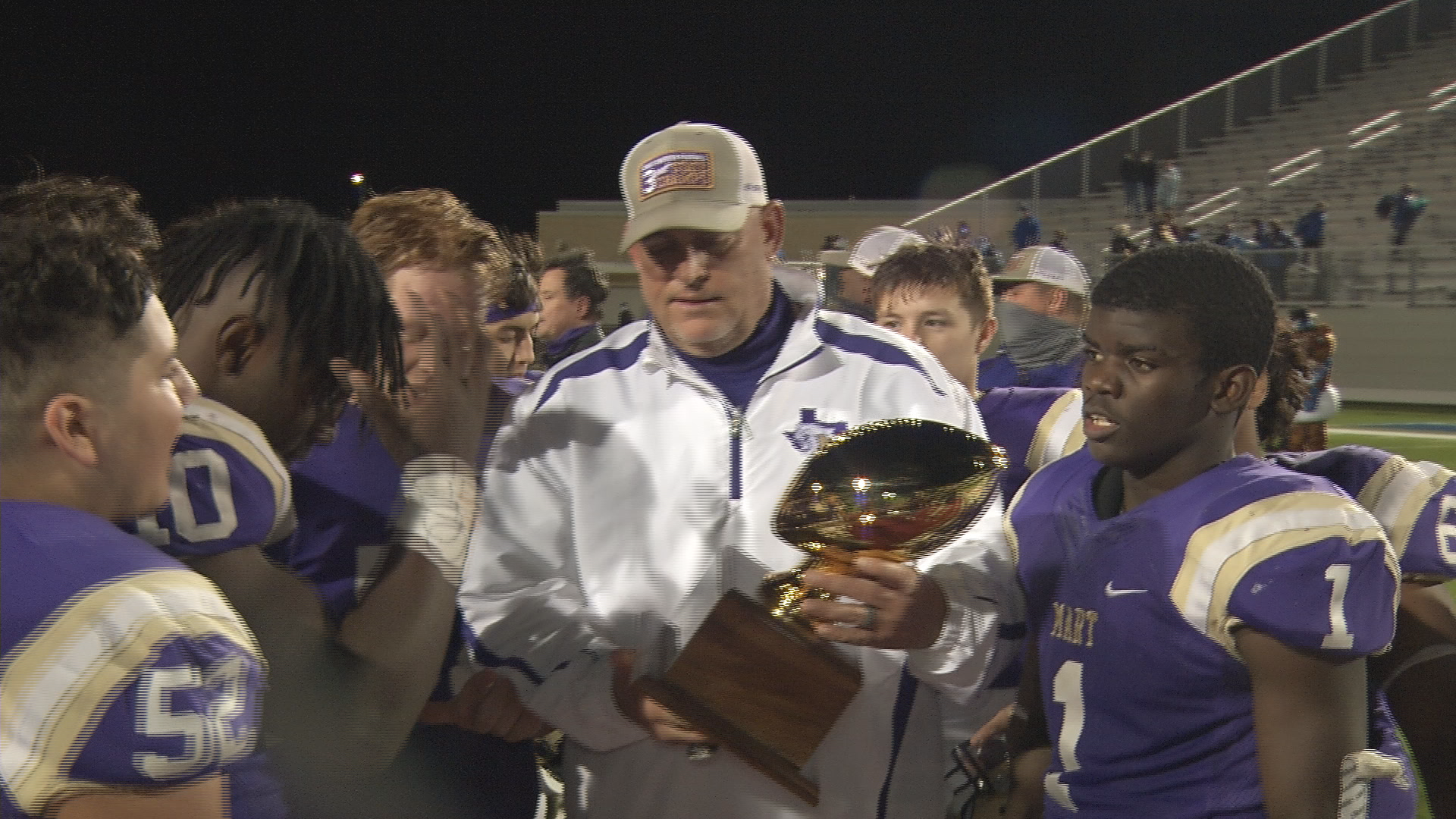 ARLINGTON, Texas — For the first time since 2016, the Mart Panthers will not be state champions.

Tied at 14 at the half, Mart scored on its first drive of the third quarter to take a 21-14 lead into the final minute of the game.

Then, Windthorst scored a touchdown to put the Trojans within an extra point of tying the game. The kick sailed wide of the upright, however, Mart was called for offside. The Trojans converted the ensuing two-point conversion to take the lead with 26 seconds remaining.

The title is Windthorst's first since 2003.

The last time a Central Texas team didn’t win a UIL State Champion was 2011. Temple plays in the 6A Div. II Area round on Friday.

The Panthers have a roster loaded with juniors, meaning Mart should contend to return to state in 2021 even with the graduation of Roddrell Freeman.