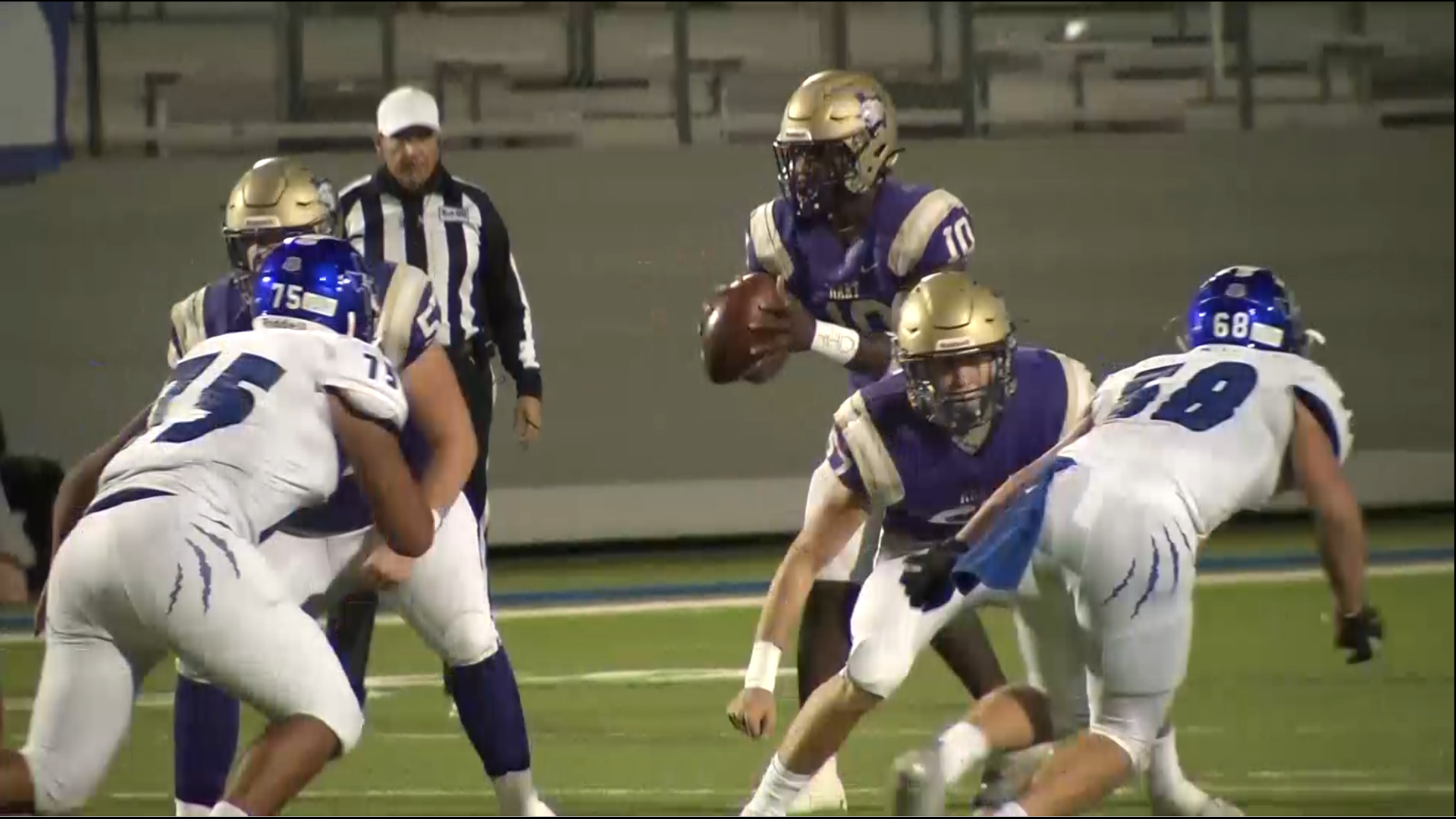 MART, Texas — Mart High School has plenty of trophies in their case, but they get to add another on Friday.

Freeman was a one-man wrecking crew his senior year, putting up 46 touchdowns and over 3000 all-purpose yards on offense. He also contributed on defense, adding six sacks.

Freeman won three State-Titles in his time as a Panther and now takes home a personal accolade that means a lot to him.

"It's an honor, it's been my goal since I was a kid to win big awards like this," Freeman said. "To me, to the coaching staff to my team, cause they've been helping me get to that point my whole high school career."

Freeman will go down as a Texas high school football legend and one of the most decorated players in Mart history.

He could also go down as a Texas college great with offers from Texas Tech and Prairie View A&M.