Matt Rhule to leave Baylor to become the fifth head football coach in the history of the Carolina Panthers.

6 News Weekend Sports Anchor Kutis Quillin also confirmed the news after speaking with Rhule at his home in Waco. Rhule said he expected to meet with the media some time Tuesday afternoon.

The Panthers reportedly met Rhule Monday at his home and have reportedly offered Rhule a 7-year contract worth up to $70 million, with incentives.

Rhule would replace Ron Rivera who was fired with four games remaining in the Panthers' season.

The move ends days of speculation that Rhule was a top candidate for the Panthers' and the New York Giants' head coaching vacancies.

Rhule will bring a long record of success to the Giants as both a player and coach.

Rhule played linebacker for Penn State, earning Academic All-Big Ten recognition in 1997, before graduating with a degree in Political Science from Penn State and a Master’s degree in Education Psychology from SUNY-Buffalo.

Rhule's first college coaching position was at Albright University. He then coached at the University at Buffalo, UCLA and Western Carolina University.

He moved to Temple University in 2006 where he coached the defensive line quarterbacks and was the offensive coordinator.

Rhule coached six years at Temple before he was hired by the New York Giants in 2012 as assistant offensive line coach.

It was the first time in Temple football history that it registered consecutive 10-win seasons and consecutive bowl game appearances.

Rhule was hired as Baylor's head coach in December 2016.

He replaced Art Briles, who was fired in the wake of a sexual assault scandal involving Baylor football players.

Baylor was 1-11 in Rhule's first year as head coach, followed by a 7-6 season in 2018 that included a win in the Texas Bowl over Vanderbilt.

Rhule took the Bears to their first Big 12 Championship game in 2019 against Oklahoma. The Bears lost that game 30-23 in overtime.

Baylor played Georgia in the Sugar Bowl on New Year's Day, losing 26-14. The gave the Bears a final record at 11-3. It was only the third time Baylor had 11 wins in a season. 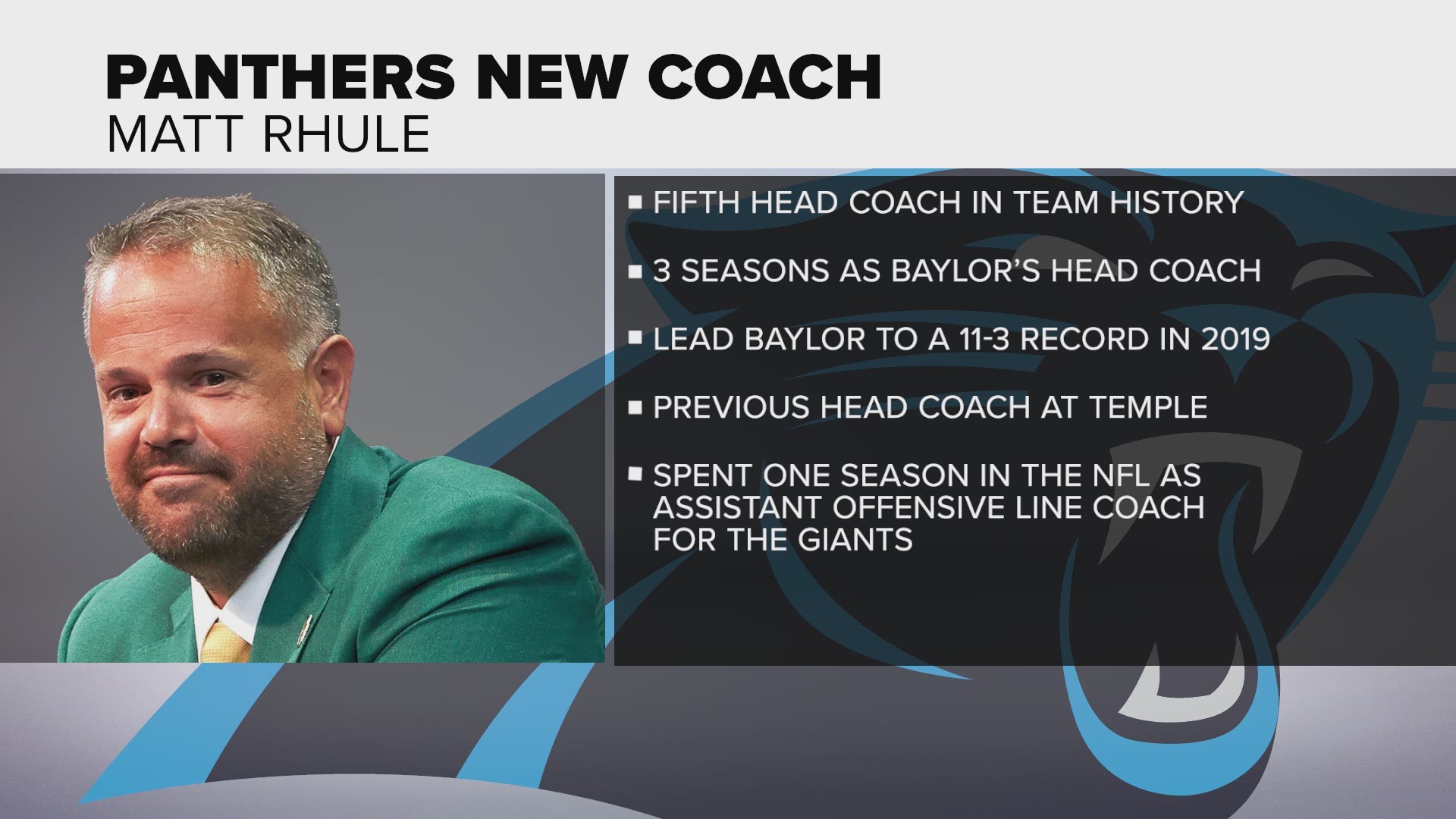