She sounded off on Twitter from her seat behind home plate, retweeting a video of the play and using an expletive to describe the call. 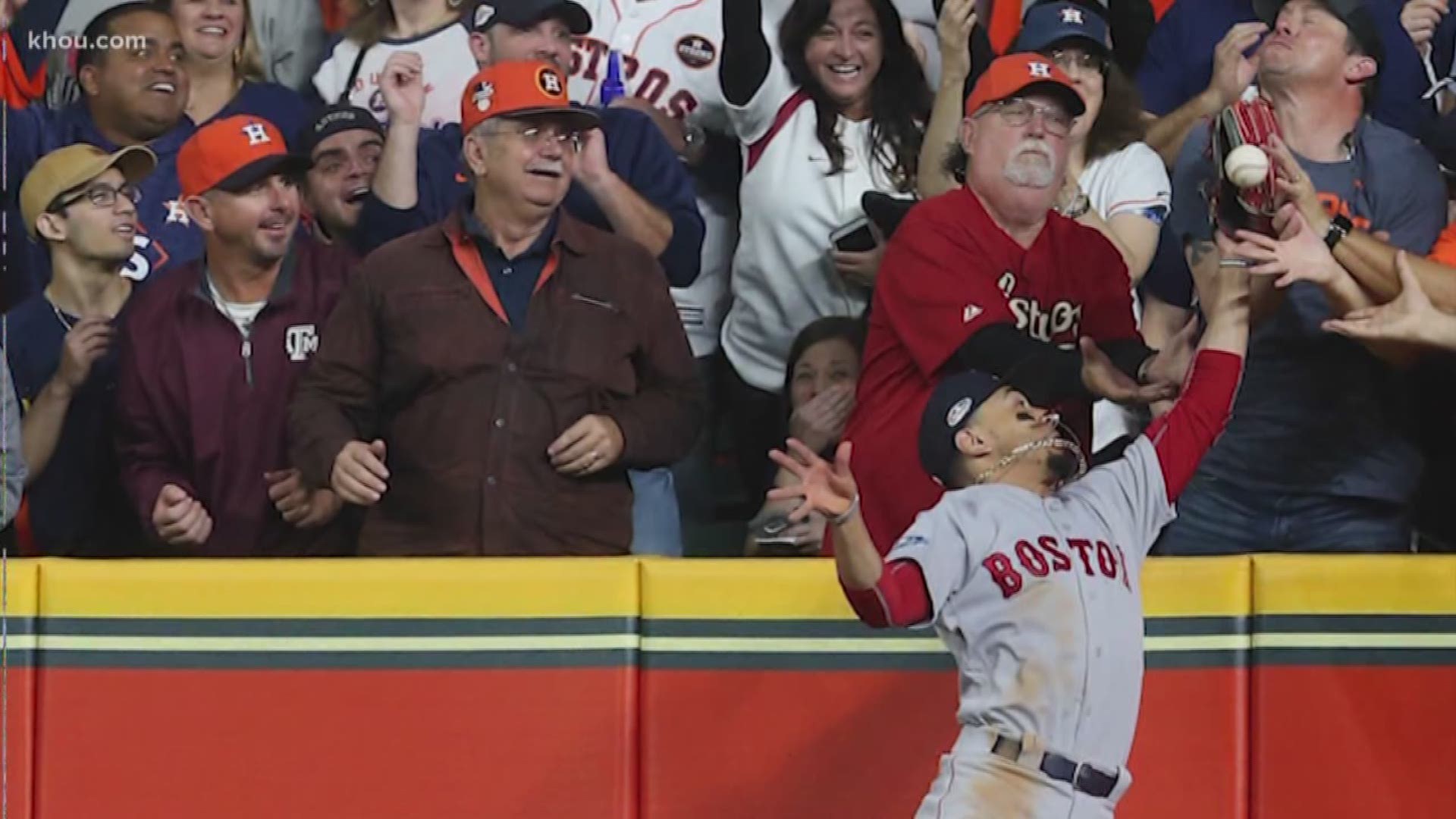 Houston Astros fans (and players) were furious after umpires called fan interference on a ball that was hit over the right-field wall by Jose Altuve in the bottom of the first inning of Wednesday night's Game 4 of the American League Championship Series.

One of those angry fans was Kate Upton, whose husband, Justin Verlander, will pitch Game 5 for the Astros.

She sounded off on Twitter from her seat behind home plate, retweeting a video of the play and using an expletive to describe the call.

The hit would have been a two-run home run and made it a 2-2 game in the bottom of the first. Instead, Altuve was called out.

The Astros were also fuming post-game, with outfielder Josh Reddick saying they were all "pissed off" and that the team discussed the call throughout the game.

"Frustration, and beyond that, to being pissed off because it would have made a big difference," he said.

So if a player is IN the stands fans are suppose to move over? If those are the rules MLB shouldn’t let fans sit there. They didn’t reach over the fence. @MLB

Upton also had a message for some fans who took shots at her.

I feel the need to acknowledge & address the amount of people who have called me “princess”, “honey” or a terrible “girl” sports fan. Just because I have an opinion on the call doesn’t give you the right to be degrading & disrespectful because I’m a woman.

The Astros will look to keep their season alive in Game 5 as Verlander faces David Price at 7:09 p.m.