"I would do this again tomorrow — and I probably will. It's fun to be part of the greatest story in gambling history," Jim "Mattress Mack" McIngvale said. 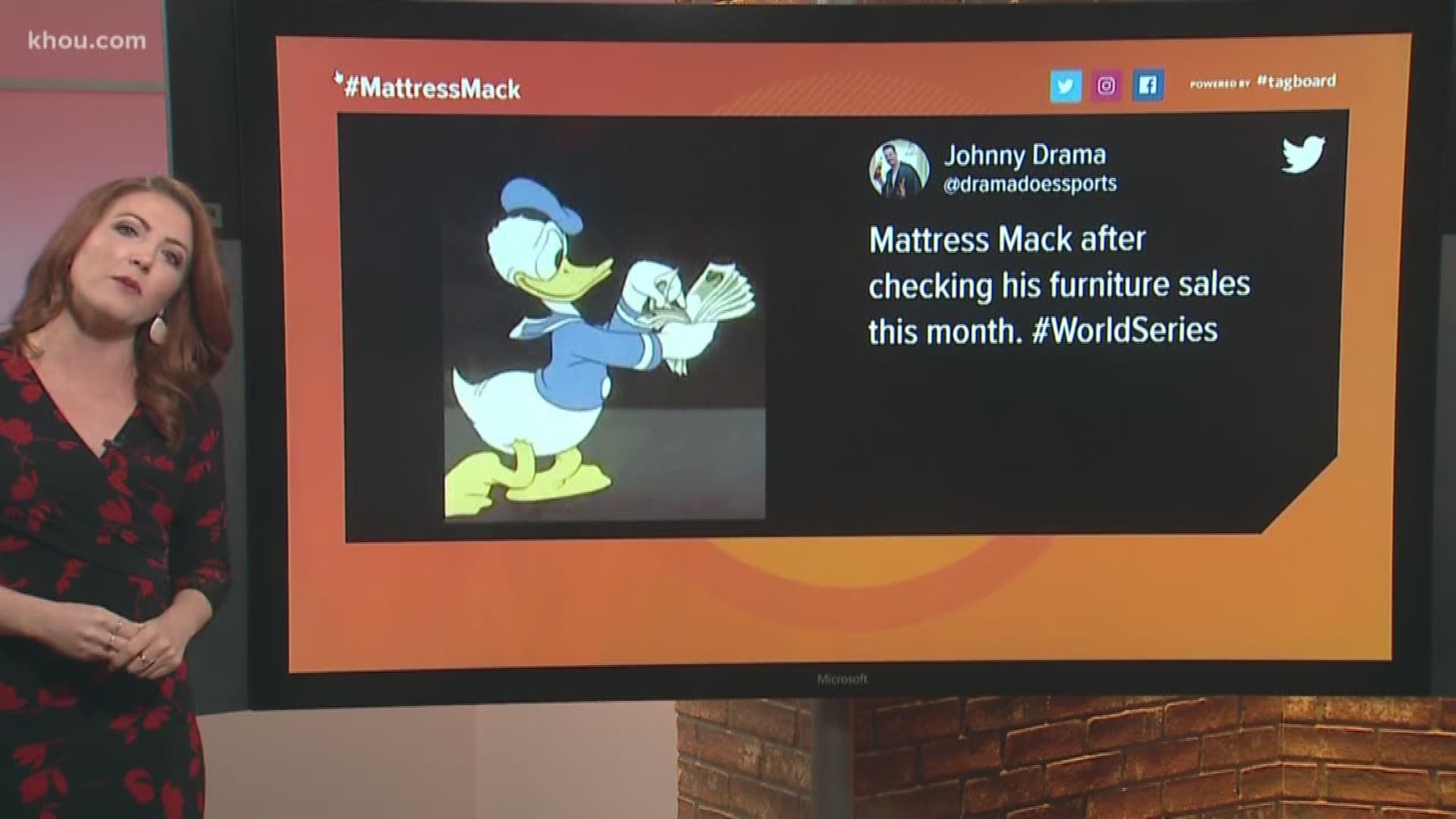 UPDATE: According to Darren Rovell of the Action Network, Jim "Mattress Mack" McIngvale lost more than $13 million in wagers when the Astros lost to the Nationals in Game 7 and failed to win the World Series. A win would have netted him $25 million. He told Rovell that he would do it again without question.

"I feel like I hedged perfectly. ...I would have loved for the Astros fans to win, but we had two bad games. My mattresses obviously had profit baked into them. I would do this again tomorrow — and I probably will. It's fun to be part of the greatest story in gambling history."

Here is some of the social media reaction below.

PREVIOUS STORY: A win in Game 7 of the World Series could prove costly for sportsbooks in New Jersey.

Jim “Mattress Mack” McIngvale of Gallery Furniture has wagered an estimated $4 million in New Jersey alone on the Astros winning it all, according to the Asbury Park Press. The wagers could net him almost $6 million.

McIngvale has been placing wagers all over the country to help offset a promotion that could cost him millions of dollars in refund to his customers.

It’s a mattress-selling promotion like the one he had two years ago.

McIngvale was in New Jersey at the time the team won the ALCS to place a bet on them winning it all in the World Series.

"I'm betting on the Astros all over the country at legal sports betting venues to make sure customers get their money back in 2019,” McIngvale said.

He adds, "This promotion works because we did it in 2017 and we gave back around $13 or $14 million that year and they know we're gonna stand by what we say."

Darrel Rovell of Action Sports Network says McIngvale’s bets in New Jersey and other places total about $11 million, which would make him a $19 million profit.

McIngvale seems to enjoy his mattress promotion and all the betting he has to do. But he says his wife is getting a little stressed out.

"She's not as aggressive as I am, so she'd rather be more conservative, she doesn't sleep very well at night, worried about all this, but I got a Tempur-Pedic, I sleep great every night,” says McIngvale with a chuckle.

MORE ON THE ASTROS