Hinch is now the head coach with the Detroit Tigers, who are in town for a series against the Astros. 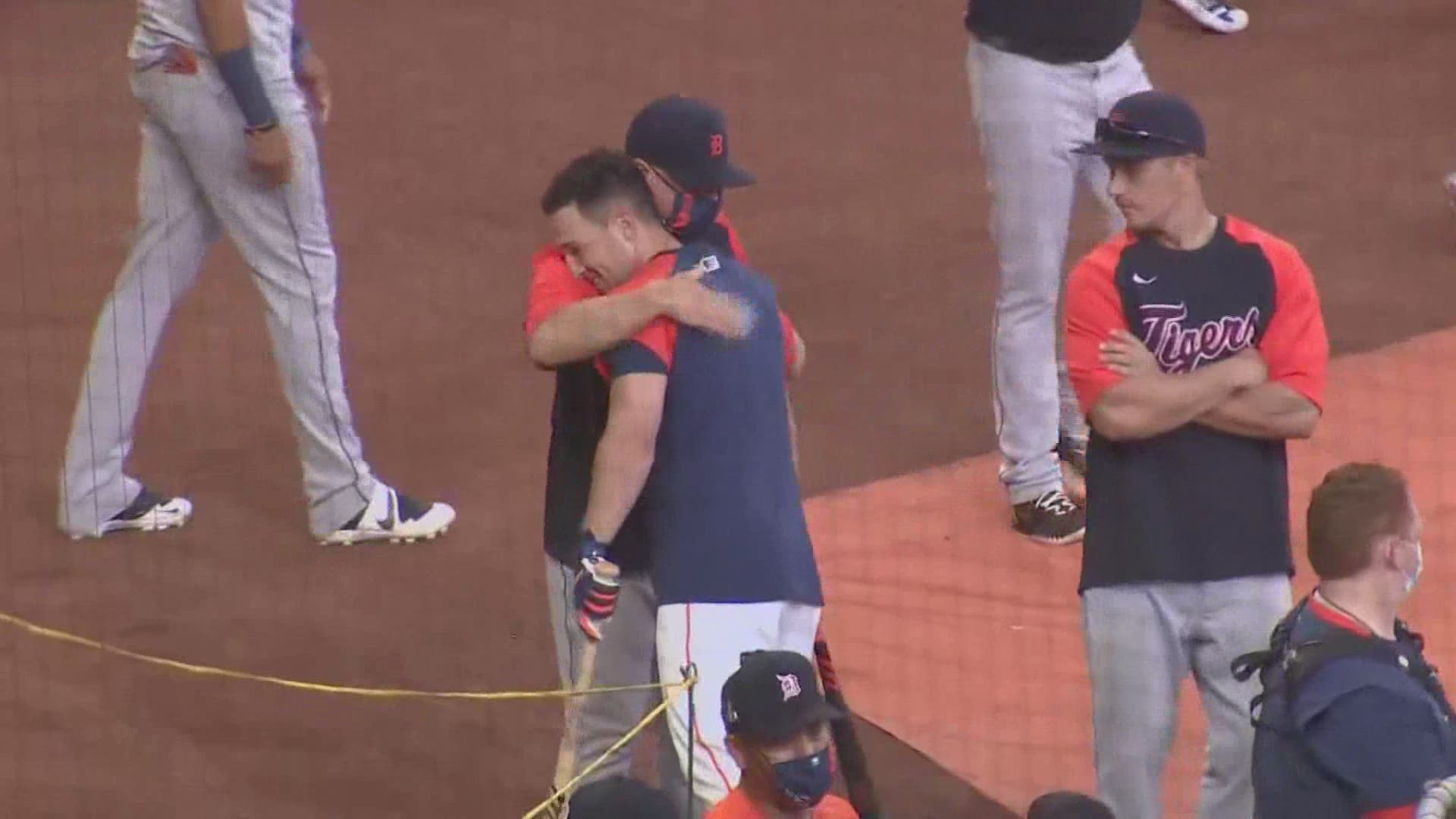 HOUSTON — A.J. Hinch received a warm reception from Houston Astros fans in his first game back at Minute Maid since being fired as manager and suspended by Major League Baseball.

During a Zoom news conference with Houston-area reporters, Hinch struggled to find words to express how he's feeling about returning to Minute Maid Park.

"I wish I had a great quote or the words or the right thing to say about what I'm feeling," he said while admitting it's "weird."

"I do have to focus on the good things that happened here."

For his role in the Astros' sign-stealing scandal, Hinch was suspended by Commissioner Rob Manfred and fired by the Astros.

Prior to his return, many Houston fans on social media were sharing a video of Hinch's speech in 2017 before Houston's first game back at Minute Maid after Hurricane Harvey.

"Standing in front of that crowd (was) probably the most nervous and most emotional I've been wearing a uniform. That mattered to me and it mattered to them," he said.