Bam Bam committed to not shaving his beard until the Nats won the World Series. He finally shaved after the parade. 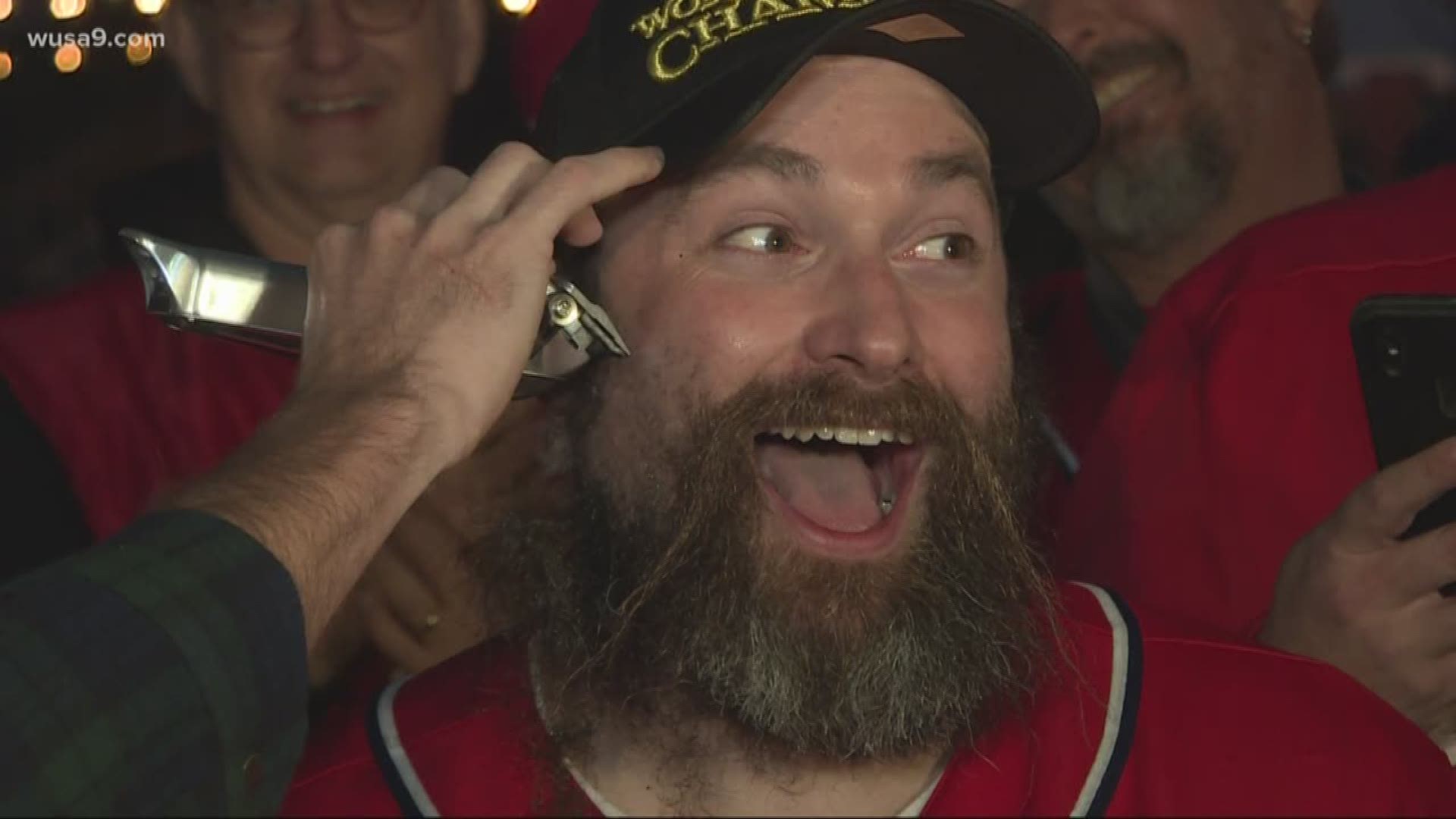 WASHINGTON — In 2012, Nationals superfan BJ Treuting, or Bam Bam, made a commitment that he would not shave his beard until the Nats won the World Series. With the team making the postseason for the first time since 1933, he didn't think he'd have to wait long.

“Every year, it was like ugh, I got to deal another year with this thing," said his mom, Anna Treuting.

Seven years later, the day has come for Bam Bam to lose some weight, and bare his face once again, now that the Nationals are champions.

"It's coming off, right after we enjoy this World Series parade," Bam Bam said, while holding a WWE championship belt standing along the parade route.

"I never thought that it would actually happen," Bam Bam said. "Every year was just an emotional craziness. This year, this team was special."

Bam Bam moved away from D.C. in July, right when the Nats started breaking out of their slump and hitting their stride. He said it started hitting him that his beard could finally be coming off.

"After the Wild Card game I started getting a little nervous thinking it could be coming off," Bam Bam said.

Though it's been a good run, Bam Bam said he's ready for the moment it comes off, but he's savoring his final moments with his beloved beard.

After taking in all the sights at the parade, BJ headed to The Salt Line Saturday night to shave it all off, surrounded by the family, friends, and fans who have followed his journey on social media.

“It is a beard, but it’s also a symbol of...this team has been through so much in that many years," said BJ's friend, Steve Golden. "It’s seen all of those things, and the fact that he can shave it off his face now, I think it shows that we did it."

Trueting was only able to fly back to D.C. for the big shave thanks to fans pitching in to buy him tickets. He ended up collecting hundreds more dollars than he needed and will donate the rest to The Nats Youth Academy.

His mom got the first swipe, taking off the bottom chunk of his beard. Then, he let a few other people join in before enlisting the help of a professional barber with Hell's Bottom.

With a now clean-shaven face, he said his beard will be reserved for enjoyment.

“I’m not making any facial hair bets, so this is it!” said Bam Bam.

He said the recipe for the bet and team's success is:

RELATED: This Nats fan sculpted his beard into the Curly W logo