Jeff Adams will be wearing his signature 'Always save the beers' t-shirt. 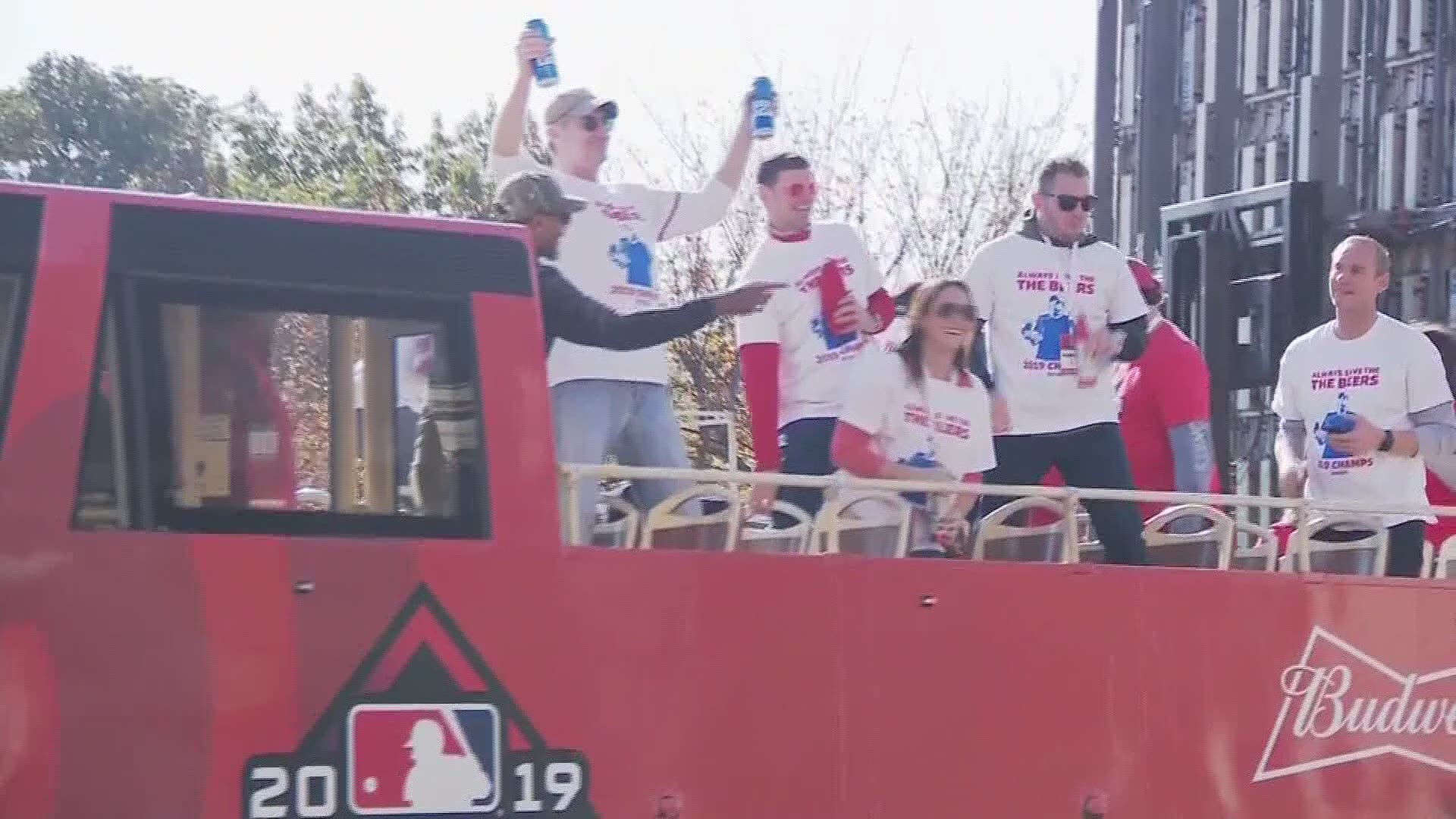 WASHINGTON — Nationals fan, and defender of beers, Jeff Adams rode a float in the Nationals victory parade Saturday with other Nats fans. He wasn't wearing a cape, or a baseball glove -- rendered useless when you have superior chest-catching abilities -- but he did wear a custom shirt with his likeness and new catch phrase "Always save the beers."

Adams will stop by a few bars along the parade route to hang with fans and pass out t-shirts. The shirts are being sold online, with all proceeds benefiting Folds of Honor, as Adams is an Army veteran.

Credit: Courtesy Bud Light
All proceeds from the shirt benefit Folds of Honor.

WUSA9 reporter Adam Longo caught up with Adams at Game 5, who said "it was fantastic."

"I was sitting down, my wife went upstairs to get some food ... all of a sudden the ball got hit, I had two beers in my hand, the ball was coming, I watched it, angled, put my chest down, that was it."

"Right there - easy," he said, pointing the ball to his upper right chest where it hit.

RELATED: Bud Light made a commercial with the DC beer hero at the World Series

RELATED: Nats fan who caught a home run ball while holding two beers is now at Game 6, thanks to Bud Light