How Maryland's wealthiest man came to own the Washington Nationals

Ted Lerner and family control more than 90% of the shares. 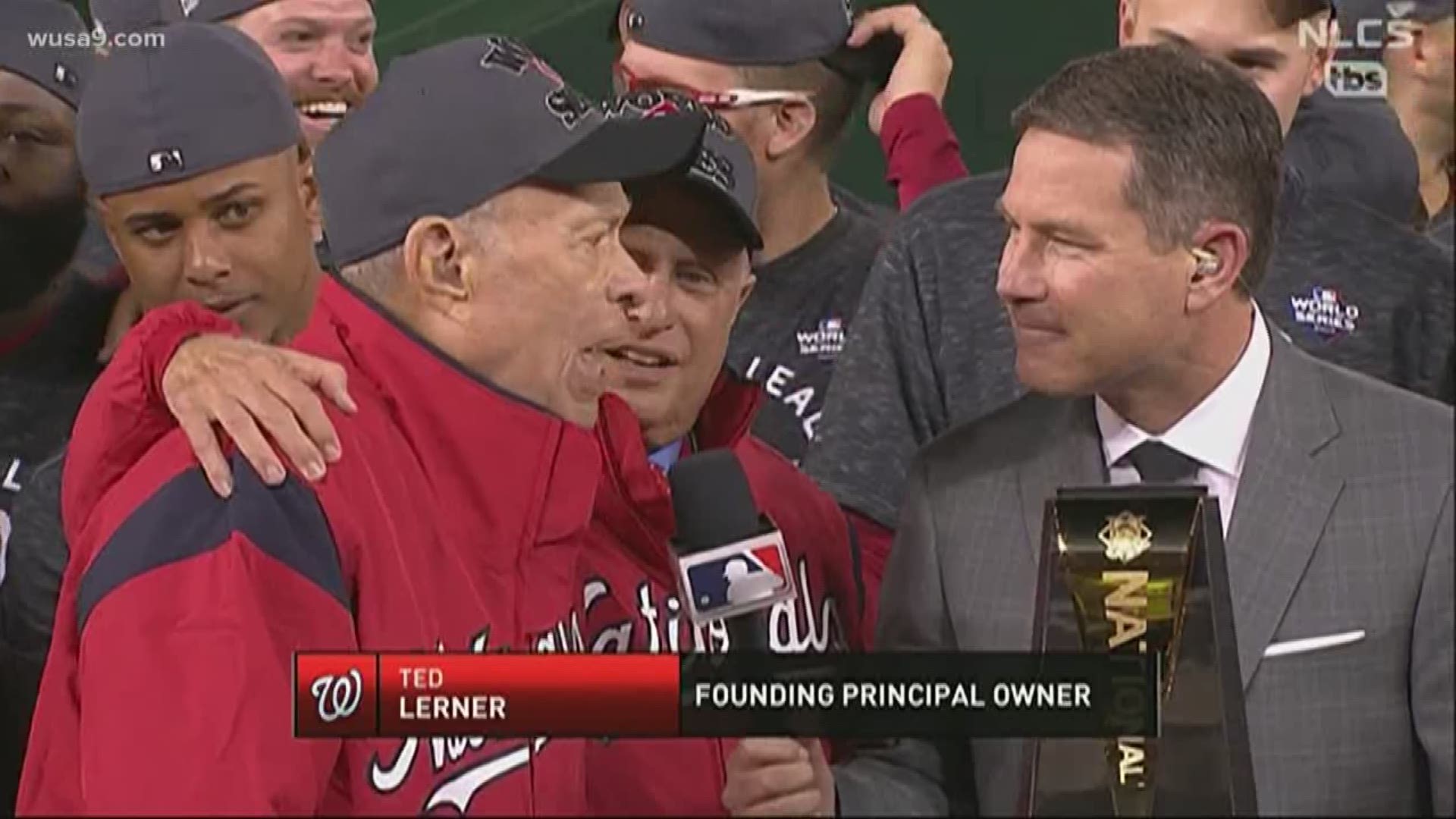 WASHINGTON — Two generations of Washingtonians grew up without baseball in their backyards when the Washington Senators broke hearts and left for Texas in 1971. Forty-eight years after the final out was recorded in Washington, Nats Park is preparing to welcome 40,000 fans to the first World Series game ever hosted in the stadium.

The man responsible for financially backing the 15 years leading up to this incomparable moment in D.C. history? A 94-year-old Maryland billionaire, Ted Lerner.

The Nats, formerly the Montreal Expos, spent the first year of their lifespan in D.C. owned by Major League Baseball itself, before the orphan team found the perfect adopted parent fit in real estate developer Ted Lerner. Lerner purchased the fledgling team from the MLB for $450 million in 2006.

The district native beat out seven bidders (including former Seattle Mariners owner Jeffrey Smulyan, Jesse Jackson's son Yusef Jackson and an investor group led by Fred Malek) due to the family nature of his bid which included his son Mark Lerner, and sons-in-law Edward L. Cohen and Robert K. Tanenbaum. The fact that Lerner had memories of spending 25 cents to watch Senators games at Griffith Stadium didn't hurt either.

RELATED: TIMELINE | A look back on the Nationals' history in DC

"It has long been my dream to bring the national pastime back to my hometown," Ted Lerner said on the day of the official ownership transfer. "Now that it's been realized, I plan on doing everything I can to make sure that this franchise becomes an international jewel for MLB, D.C. and the nation."

But securing the team ended up being the easy part for Lerner. What came next, rebuilding a failing franchise and landing flashy free agent signings, took passion and commitment. Thankfully, Lerner's deep pockets were up to the task.

Lerner is one of Maryland's eight billionaires, pulling in the highest net worth in the state at $5.2 billion. He started his empire, Lerner Enterprises, in 1952 with a simple $250 loan from his wife, Annette Lerner, selling real estate on the weekends through law school to support his widowed mother. He has since gone on to become the largest private landowner in the DMV and built area landmarks such as Tysons II, Dulles Town Center and Wheaton Plaza.

Who owns the Washington Nationals?

1 / 8
AP
New Washington Nationals owner Ted Lerner watches as the Nats take on the Marlins in May 2006. (AP Photo/Nick Wass)

Lerner retired from his role as Managing Principal Owner in 2018, ceding control to his son Mark Lerner.

The Lerner family remains the majority owners, controlling more than 90% of the shares.

RELATED: Wise: The Nationals moved on because they listened to the media by keeping their manager and jettisoning Bryce Harper (or not)