'The Mullet Bros,' Jackson Moffatt and Matthew Mayer, have brought joy and laughs to the Baylor men's basketball program with their haircuts. 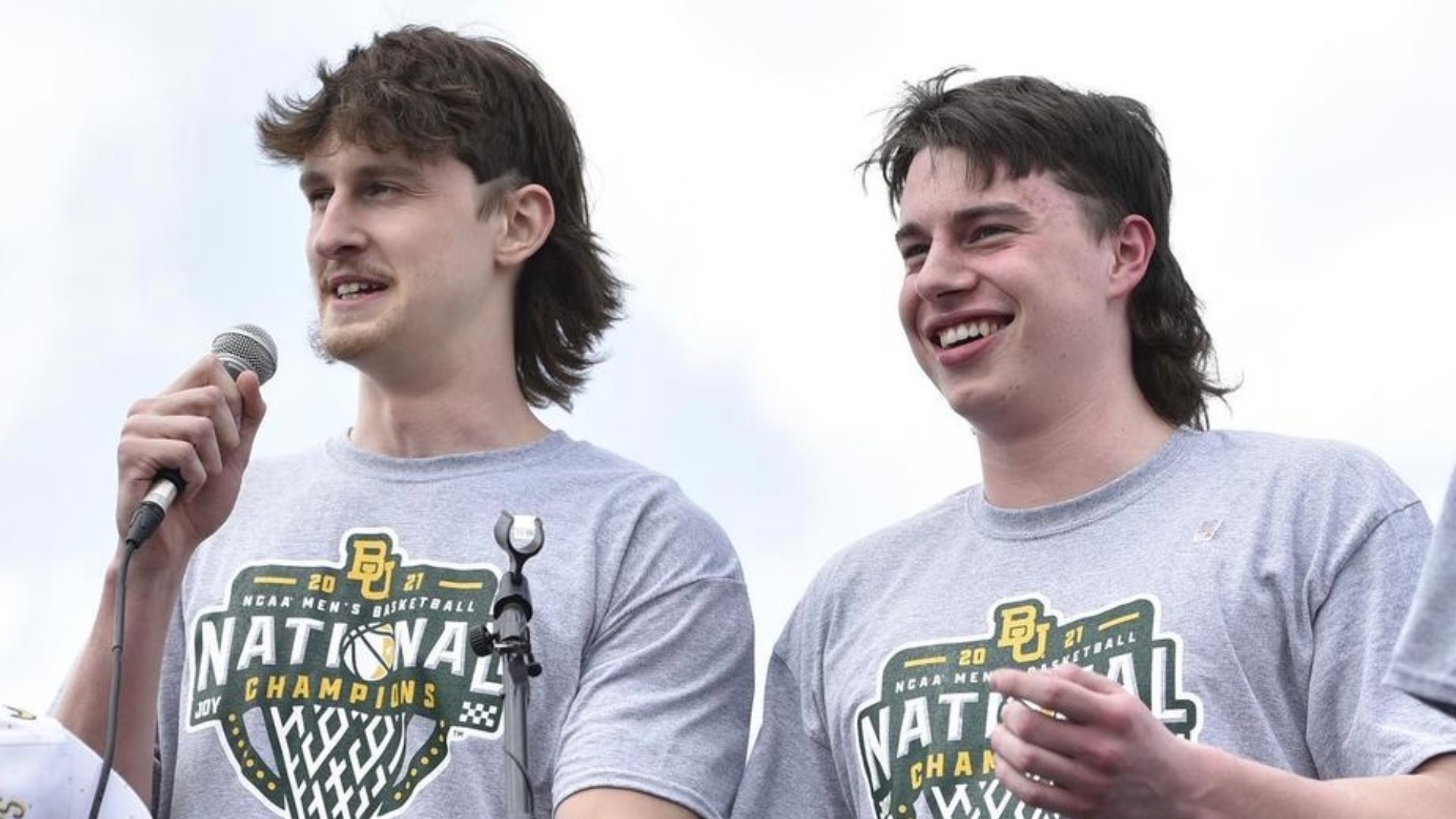 WACO, Texas — Baylor basketball's Jackson Moffatt and Matthew Mayer have been rocking mullets since before they entered the NCAA tournament bubble and call themselves "The Mullet Bros."

It started at the end of the lockdown period of the COVID-19 pandemic, when Moffatt's hair hadn't been cut in months.

"My girlfriend was like 'You should get a mullet,' so I was like 'Yeah, I'll do it,'" said Moffatt.

The hairstyle got rave reviews when they returned to practice, which made him want to recruit someone else to wear it as well.

"It was after the Texas game I said I would never do it, but then Jackson told me I had good ears," said Mayer, a junior guard. "At that point I was putty in his hands and I got the mullet."

That was when "The Mullet Bros" came to be.

"We tried to get Zach [Loveday] to join, but he's too attached to his man bun for some reason," Mayer said about recruiting others on the team to "The Mullet Bros."

Mayer said when he first got the haircut they spoke about what good luck it could bring to the season.

"We said we would make a run in March Madness, I would play well, we would blow up, and win the National Championship..."

All of that actually happened.

The mullet and the talent on the team wasn't the only thing that was brought into the spotlight inside the bubble. Moffatt also created a TikTok account that reached up to 1.6 million likes.

"It wasn't anything crazy, I got the most views on showing what the NCAA gave us for being in the Final Four and winning the National Championship."

Mayer was also a consistent guest on the TikTok page.

"We did one of us two pretending to be MaCio and Davion and one asking the team who wouldn't they let their daughter date .. everyone said Matthew," Moffatt said with a laugh.

He said his favorite one was doing the "Out West" dance with Baylor President Linda Livingstone and Baylor Head Coach Scott Drew.

"To see Coach Drew try to dance was just hilarious."

The two have been best friends since they stepped onto Baylor's campus but actually met for the first time back when they were in seventh grade.

"We were roommates at basketball camp but we didn't even get each other's phone numbers," Moffatt, a Sophomore walk-on, said. "We just got to Baylor and I was like 'Oh hey man.'"

Moffatt and Mayer bring a lot more to the basketball program than just a good haircut.

"I think we're both just really positive people," said Moffatt. "We can lighten the mood when things get tense."

"Basketball is tough. There is a lot that comes with it so we just don't take ourselves too seriously or a situation too seriously, we just be ourselves," said Mayer.