KENS 5 is the official station of the San Antonio Spurs. 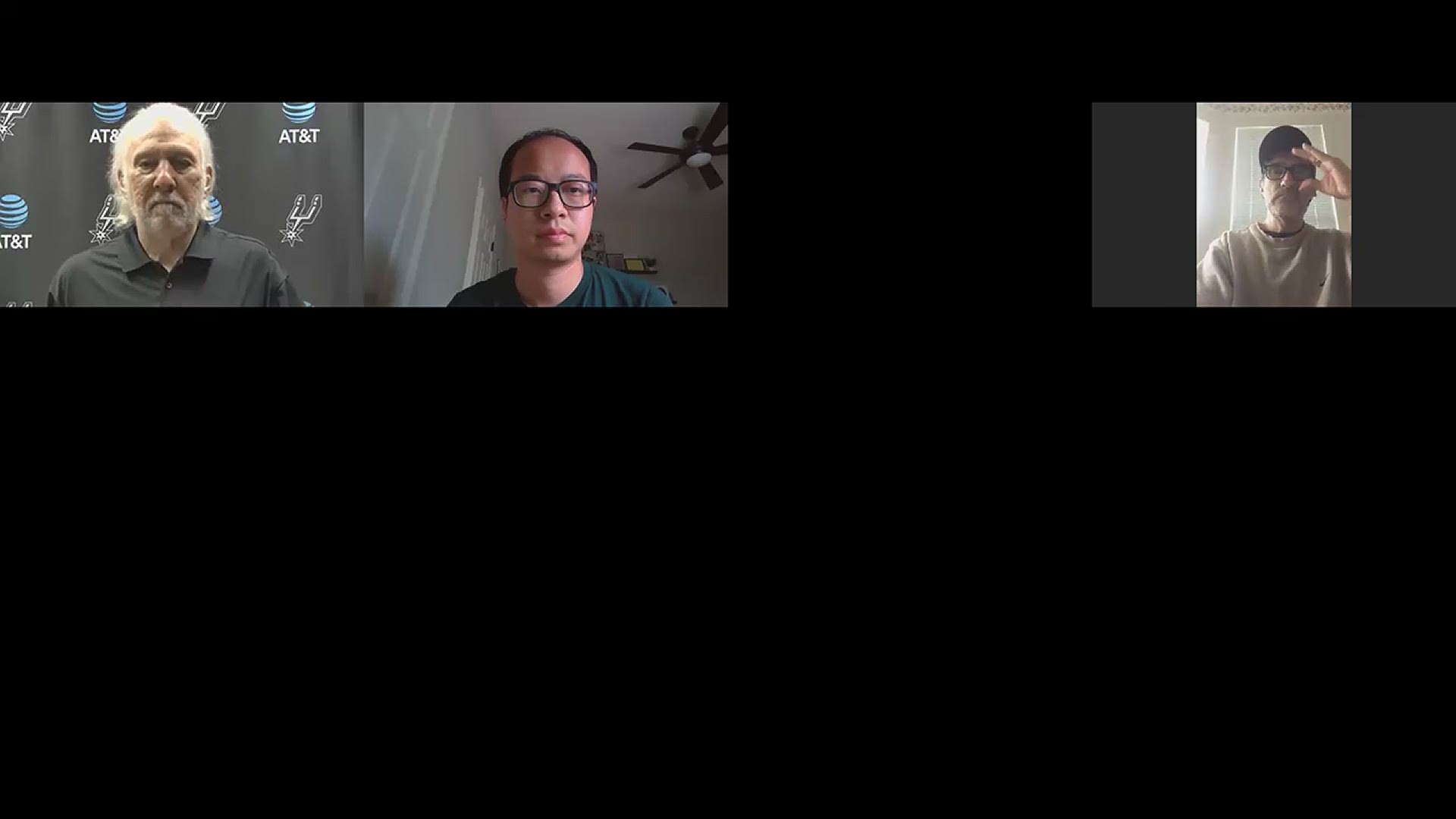 SAN ANTONIO — The Spurs had underperformed all homestand, and finished it with a fittingly disappointing 125-101 loss to the Cleveland Cavaliers that really wasn't close in the second half.

San Antonio's defense gave up 100 points in the first three quarters, getting torched by Isaiah Hartenstein, Collin Sexton and Darius Garland, who finished with a career-high 35 points.

There was cause for optimism in this stretch of the season, an unprecedented nine games at home, but the Spurs faltered in a way that puts them behind the eight ball as a tougher portion of the schedule approaches. Losses to Charlotte, Sacramento, Atlanta, Indiana, and now Cleveland make this a missed opportunity, a 2-7 stretch that leaves San Antonio at 24-24, fighting for their play-in lives out West.

Ugly loss in an ugly stretch for San Antonio

After the game, coach Gregg Popovich summed up the homestand by saying that the team looked exhausted and not on the same page, noting the packed schedule, short rest, and mixed rotations due to injuries.

"We look like we're fried, we just look tired," he said. "Cup is less than half filled it seems."

By the time the final period started, the Spurs had basically already lost. Coach Popovich put his third unit in with 8:30 left, waving the white flag early in the face of a 24-point hole.

San Antonio couldn't find a way to slow the Cavs as they built an 83-66 lead shooting 10-12 from the floor, with easy looks in the paint and on the perimeter off of penetration.

While Cleveland's offense clicked, their defense got stop after physical stop in the paint.

Rudy Gay stepped in for a triple, but Darius Garland stepped back and answered, giving him a career-high 31 points with 16 minutes left to play.

Cleveland built their lead to 21, as absolutely nothing went San Antonio's way. On their last shot of the quarter, Cleveland got a second and third chance, and finished on the last one, taking a 100-80 lead into the fourth quarter.

Cleveland's bench unit built their lead out to 45-35 in the first six minutes of the second.

Keldon Johnson drove powerfully through contact, wanting whistles that never came. He got a few easy baskets in the dunker spot and continued to attack, but the Spurs went cold as a team and allowed too many transition opportunities.

With the Cavs threatening to make it a dozen, Luka Samanic came back in and secured a physical block in transition despite three early fouls. Collin Sexton skied in for a poster attempt, but Jakob Poeltl met him at the rim and forced him to throw it off the back iron.

DeMar DeRozan was clearly frustrated with no calls on physical attempts, then he ripped through on a euro-step for a basket and free throw. On the next trip he picked it up, pump faked, and stole two more free throws.

Garland and Isaiah Hartenstein got into a pick-and-roll flow offensively, putting Cleveland up 13 before Rudy Gay drilled a three.

San Antonio trailed 57-47 at the break, with Garland, Hartenstein, and San Antonio native Taurean Prince all in double figures for Cleveland.

Second-year player Luka Samanic started for the Spurs in place of Dejounte Murray, who missed the game with a sore foot.

Samanic made an immediate impact by setting a screen, rolling to the basket, catching a pass, and dumping it off to Jakob Poeltl for an open dunk.

Luka showing off some vision on the roll 👀 pic.twitter.com/gP67QuWGSJ

Derrick White pulled up in the next pick and roll for an and-1.

Luka got another assist after setting Keldon Johnson up as the roll man, and Johnson finished loudly through contact.

Cleveland went to a zone, and Samanic picked up his third assist by whipping it down to Poeltl for a layup. Keldon got another screaming layup, DeMar DeRozan hit four free throws, Poeltl put it in on a post up, and it was a 10-0 run to put the Spurs up 17-9.

Devin Vassell got some burn, driving and hitting the brakes for a smooth jumper off the bounce.

Cleveland whittled away thanks to some accurate shooting from deep, and a spectacular performance from Darius Garland, who finished the quarter with 11. They reclaimed the lead at 26-23 after a 9-0 run.

Gorgui Dieng made his return for the Spurs after injuring his shoulder in his debut, and he promptly drained a three with a high-arcing shot. The Spurs trailed 28-26 after a quarter.

BOTTOM LINE: Cleveland comes into the matchup with San Antonio as losers of five straight games.

The Spurs have gone 12-16 at home. San Antonio averages 44.2 rebounds per game and is 10-3 when outrebounding opponents.

The teams play for the second time this season. The Spurs won the last meeting 116-110 on March 19. Keldon Johnson scored 23 points to help lead San Antonio to the victory.

TOP PERFORMERS: DeMar DeRozan is averaging 21.1 points and 7.2 assists for the Spurs. Jakob Poeltl is shooting 65.6% and averaging 11.6 points over the last 10 games for San Antonio.

Isaiah Hartenstein ranks second on the Cavaliers with 8.0 rebounds and averages 8.7 points. Darius Garland is averaging 5.9 assists and 17.6 points over the last 10 games for Cleveland.

The Associated Press created this story using technology provided by Data Skrive and data from Sportradar.