He becomes the fifth women's basketball head coach in University of Texas history. 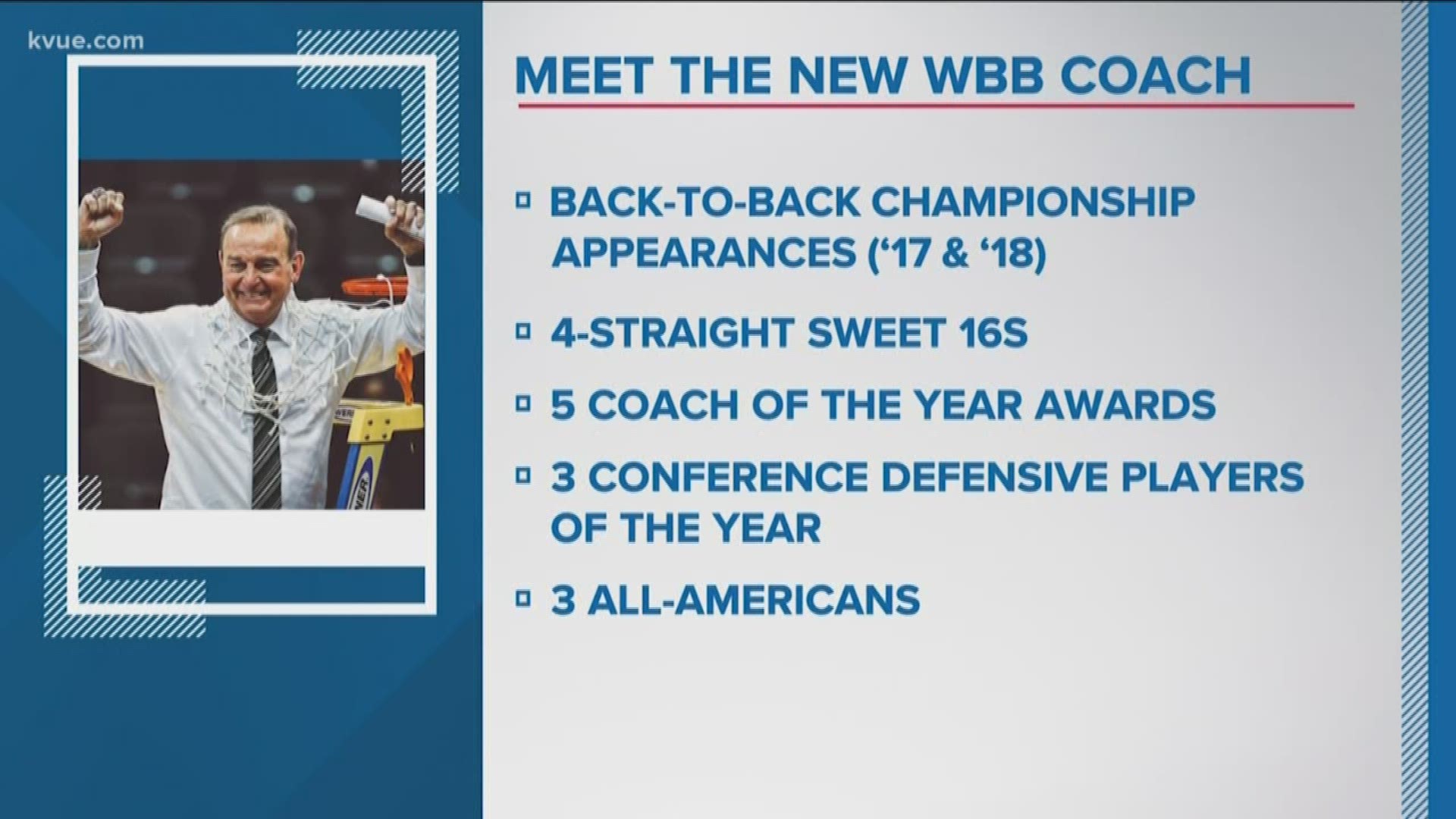 AUSTIN, Texas — From God to crappies, we covered it all.

One day after becoming the fifth women’s basketball head coach in Texas Longhorns history, Vic Schaefer met with the local media on a video conference call to discuss basketball, his life and the ongoing COVID-19 pandemic.

“When I came here, it felt like it was a calling,” Schaefer said. “I feel like God opens doors and it’s always on his timing … but then to be entrusted with such a storied and rich tradition program and to have that responsibility, it’s just not something you turn down.”

Schaefer was born in Austin, but only lived in the capital city for three years before he and his family relocated. He recalled spending time in nearby La Grange at his grandparents’ house and cited close proximity to his older sister —who lives in Pearland — as another reason the decision to come to Austin felt so right.

Schaefer is bringing several lessons, and an impressive resume, with him to Texas.

His teams have played in two of the last three national championship games and they’ve earned spots in at least the Sweet 16 round in each of the last four NCAA Tournaments. The Longhorns new coach says what those great teams of the past have in common, is a wiliness to play tough, physical and aggressive basketball — it’s an attitude that Coach Schaefer believes will help any team, regardless of the sport.

High on Schaefer’s to-do list is instilling that culture of tough, physical play — but that plan won’t really takeoff until practices begin, and due to COVID-19, none of us know when games and practices will resume. Until then, Coach Schaefer is enjoying some of his favorite social distancing hobbies — hunting and fishing.

“I go to the woods in the morning, usually around 4:30, I’m listening to turkey gobble at daylight, then I’m chasing turkeys most of the day," he said. "If I get tired of that, I’m going to the lake and I’m crappie fishing, I’ve probably cleaned over 350 crappie over the last three weeks, and that’s just been my life. I come home at night around 6, 6:30 clean fish, take a shower, eat dinner and go to bed then get up and do it again the next day.”