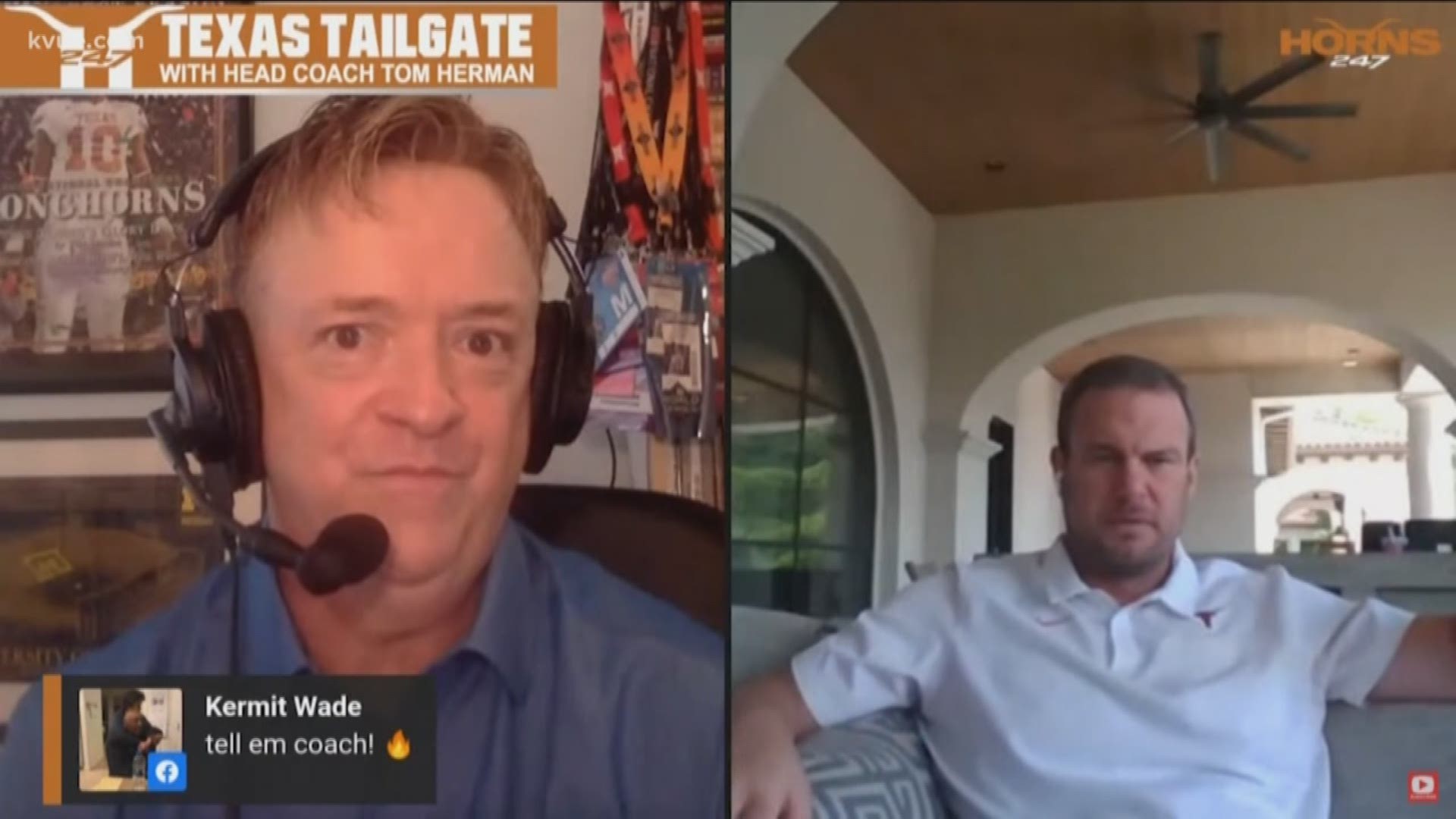 AUSTIN, Texas — If you could change college football in any way, what would you alter?

Tom Herman knows his answer: He would increase the size of conferences and four more teams to the College Football Playoff.

In an interview with Horns247, the Longhorns head coach offered these ideas and a formula for selecting the eight playoff teams.

“I would want four, 16-team conferences," Herman said. "You take the four conference champions, you take the top-ranked 'group of five' team and the other three at-large, if you will, and you still have a role for the committee to decide what the three at-large teams would be.”

NFL Mock Draft 4.0: Texas Longhorn to go in second round

Herman went on to stress the importance of fair scheduling across the nation's elite programs.

"We've got to get uniform scheduling fixed before we get any kind of playoff expansion because we're literally comparing apples to oranges," Herman said. "Our first two years here, us and USC were the only two teams in the country to play 11 Power Five schools in back-to-back years."

Texas is scheduled to open the season on Sept. 5 against South Florida.