Mack Brown, Vince Young, Sam Ehlinger, Tom Herman and others all took to Twitter as the world re-lived the 2006 Rose Bowl. 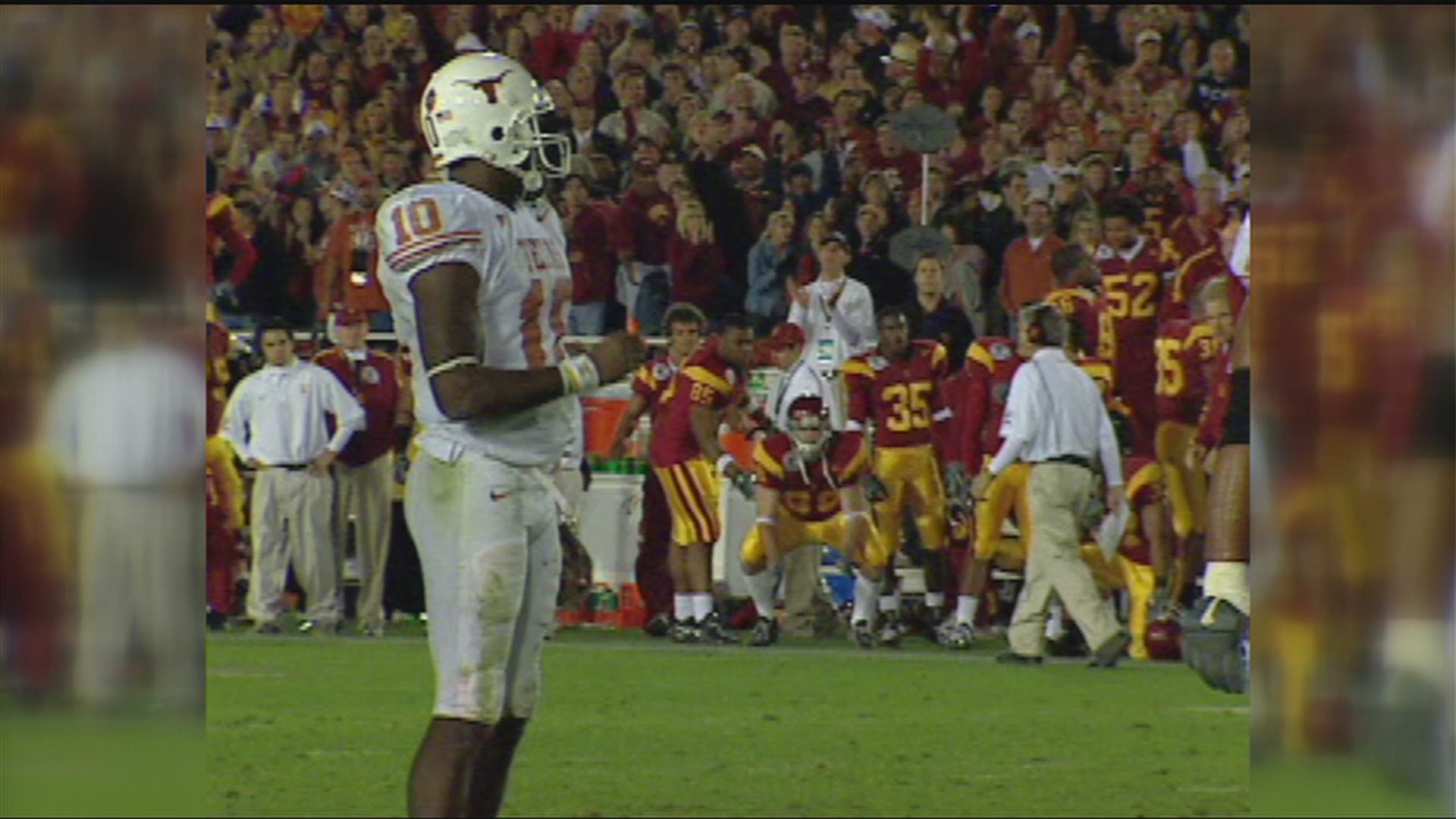 AUSTIN, Texas — It was the talk of the sports world on Twitter when ESPN re-aired the classic 2006 Rose Bowl matchup between the Texas Longhorns and USC Trojans.

USC was the undefeated, two-time defending national champions and was being dubbed one of the greatest college football teams to ever be assembled. Texas was a seven-point dog to the Trojans. USC entered the season as the overwhelming favorite to win the national championship at nearly +160. The Longhorns were a contender at 8-1.

Celebrities, media, former players who competed in the game - even current players who don burnt orange now and saw the game when they were children - all reminisced about the classic game at "The Granddaddy of Them All."

"We were relaxed and fuel was burning hot because no one gave us a chance. (We were) ready to play," Cosby said.

By halftime, Cosby said the Longhorns knew USC weren't unbeatable, much like narrative had been made about the Trojans.

"At halftime, we had confirmation they weren’t unbeatable, especially knowing we made our fair share of mistakes and still had the lead," Cosby told KVUE. "However, (Mack Brown) reminded us there was a lot of game left and they are who we believe they were ... a great team who would come storming back."

Cosby said that after the game, a lasting image was all of the confetti, tons of cameras, hundreds of messages on his phone and phone calls flooding in. He said the sea of burnt orange everywhere the team went was surreal.

We all know how the game ended ... with arguably one of the most iconic calls in college football history. It was fourth and five with the national championship on the line.

Interestingly enough, Twitter did not exist when this game was played. The social media platform was actually created two months after this game happened, in March 2006.

Perhaps the 2006 Rose Bowl would have lived on with even more legend had it happened in the Twitter era.

"How crazy would Twitter have been during this game ... it may have temporarily shut it down," Cosby joked. "Which is a story in itself ... today’s game is hyped by social media and (the 2006 Rose Bowl) was the most watched and most exciting without all that. 14 years later, it still holds the title! So many Longhorn and Trojan fans remember what they were doing and where they were during this game. That game easily is at the top of the mountains of games to be a part of! Hook Em!"

UIL extends suspension to all contests, rehearsals, practices due to coronavirus concerns

‘Lean On Me,’ ‘Lovely Day’ singer Bill Withers dies at 81

'Top Gun: Maverick' moved to Christmas release because of coronavirus