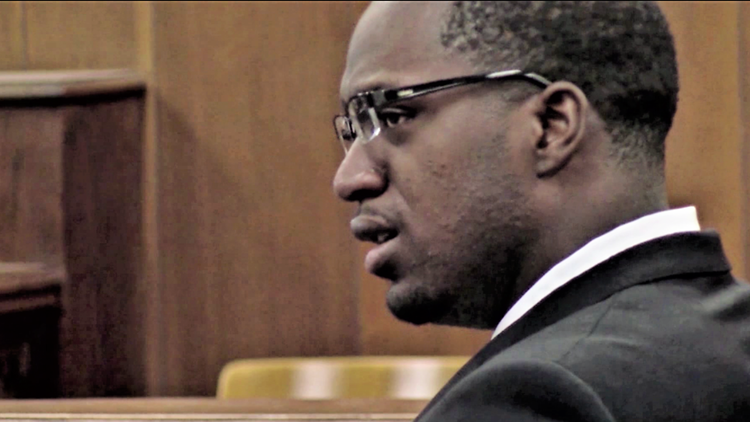 WACO, Texas — A Texas appeals court has reversed the conviction of former Baylor football player, Sam Ukwuachu, who was convicted of sexual assault in August 2015.

The 10th Court of Appeals ruled Ukwuachu should get a new trial because his "due process rights were violated by the use of false testimony."

Ukwuachu's accuser, who was a freshman at Baylor, claimed he raped her at his apartment in 2013. Ukwuachu claimed the sex was consensual.

"The false testimony relates to Ukwuachu's roommate's location and whether phone calls were made around the time of the alleged offense," according to the court.

The opinion said, "The complaint is that the false testimony was created by the way in which the state made use of his roommate's cellphone records, which were provided to Ukwuachu on the second day of the trial, but which were excluded from evidence.

"Regardless of whether done knowingly or unknowingly, the state's use of material testimony that is false to obtain a conviction violates a defendant's right to due process under the 5th and 14th amendments."

"Our office adamantly disputes any inference by the 10th Court of Appeals that the use of certain cell phone records during the trial created a false impression with the jury," the statement reads.  "The evidence was correctly and properly used during trial.  The decision will be appealed, and our office is confident that the decision of the 10th Court of Appeals will be reversed by the Texas Court of Criminal Appeals."

Ukwuachu transferred to Baylor after being dismissed by Boise State in 2013.

After his transfer to Baylor he only took part in conditioning drills in 2014 but never practiced or played in a game.

Phil Bennett, Baylor's defensive coordinator at the time, said Ukwuachu was going through some issues but he did not elaborate.

This is the second time the 10th Court of Appeals has overturned Ukwuachu's conviction.

In March 2017, the court ruled that 54th State District Judge Matt Johnson abused his discretion by ruling to exclude text messages between Ukwuachu and his accuser.

However, the Texas Court of Criminal Appeals overturned the 10th court's decision in June 2018.