This is the first Longhorns football game of the 2020 season to be postponed or canceled. 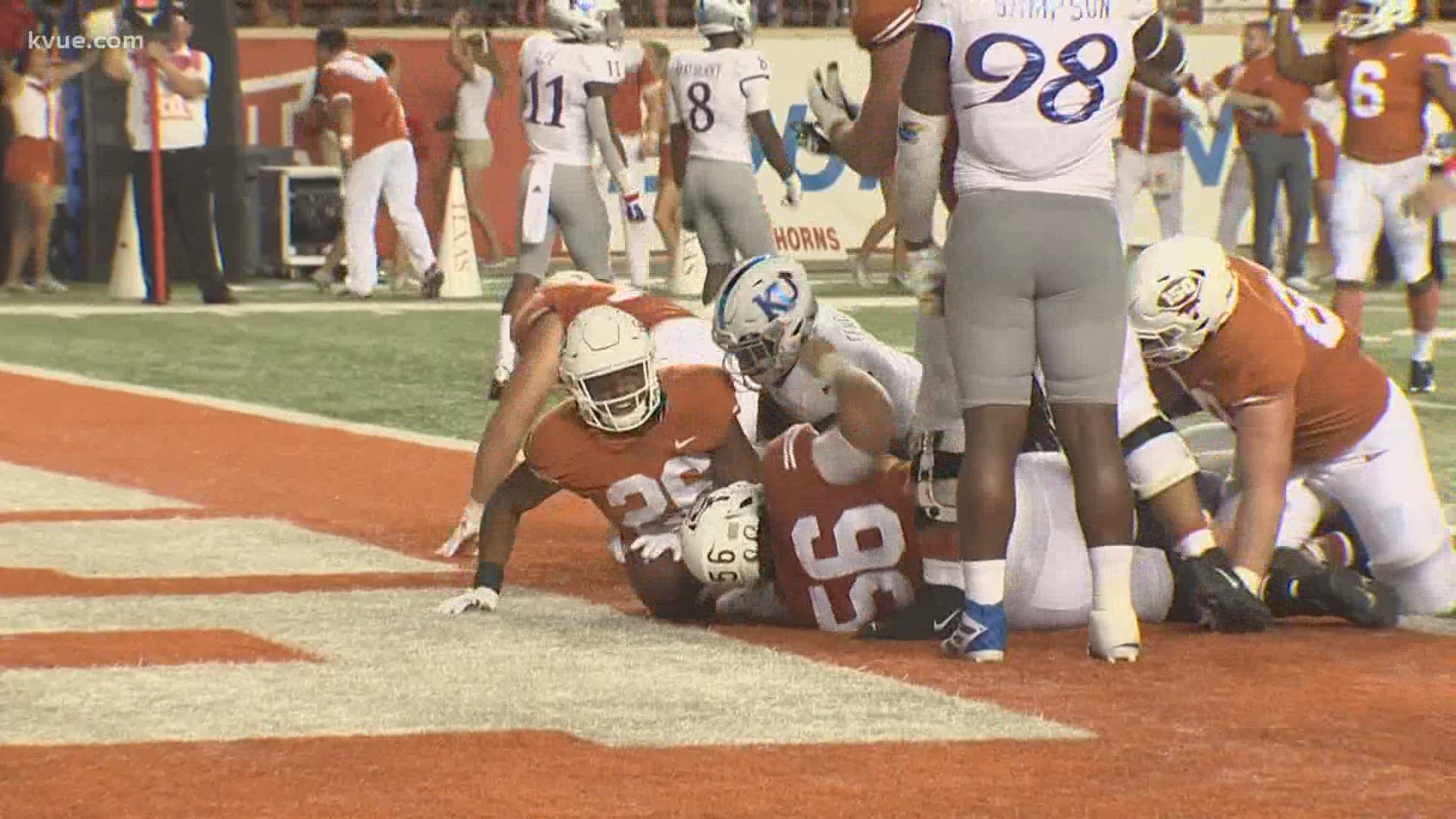 AUSTIN, Texas — The Texas Longhorns football game against the Kansas Jayhawks has been postponed, Big 12 Conference officials announced on Wednesday.

The game will be rescheduled for Dec. 12. The time and television designation will be announced when available, Big 12 officials said.

RELATED: Who do the Texas Longhorns play next? Here is the football team's 2020 schedule.

BREAKING: @TexasFootball vs. KU will be postponed. MORE coming on @KVUE https://t.co/W9eoJUOZu5

The game has been postponed due to Kansas' "inability to meet the minimum position requirements established by the Big 12 Conference," according to a release from Kansas Athletics. KU officials said the position group affected has a combination of injuries and contact tracing.

Prior to the 2020 season, the Big 12 Conference announced its football game cancellation thresholds. The minimum number of players required to play a game was set at 53, with specific numbers established for each position group, such as seven offensive linemen, four interior defensive linemen and one quarterback.

This is the first Longhorns football game of the 2020 season to be postponed or canceled. UT is scheduled to play Iowa State next on Friday, Nov. 27, at 11 a.m., which will be aired on KVUE.

Charlie Brown holiday specials to air on TV, after all, in PBS deal