NFL Draft: Baylor's James Lynch drafted by Minnesota Vikings, believed to be first selection ever from Round Rock High School

After a standout career at Baylor, James Lynch is believed to be the first player from Round Rock High School to be taken in the NFL Draft. 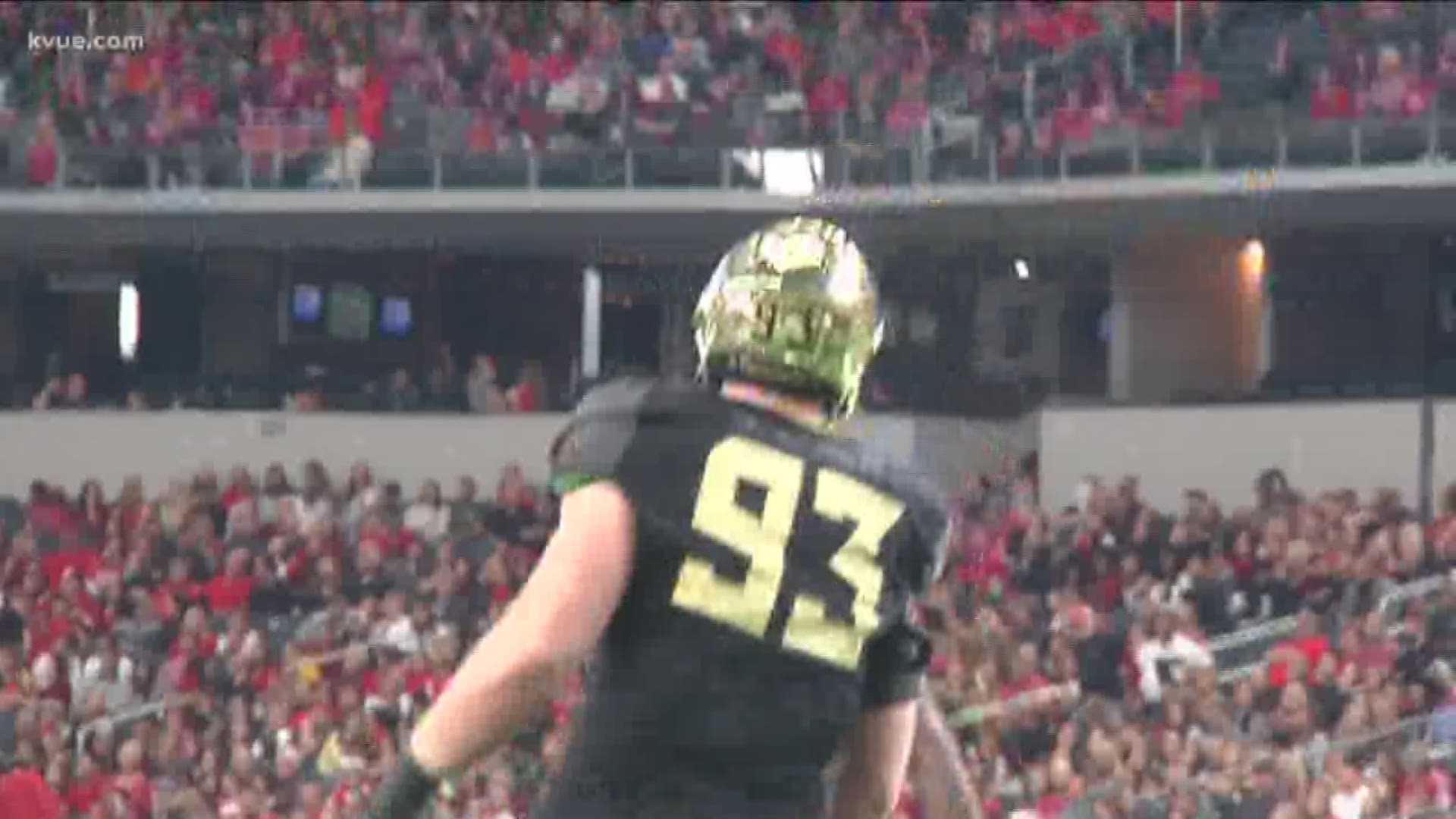 AUSTIN, Texas — Round Rock product James Lynch is headed to the NFL.

A fourth-round pick of the Minnesota Vikings, Lynch is believed to be the first player in Round Rock High School history to be taken in the NFL Draft.

"James doesn't do a whole lot of talking; he does a whole lot of playing," said Lynch's high school coach, Jeff Cheatham. "It made for a really great, great kid to coach. When he did talk, everybody would listen because he backed up everything out on the field."

While at Round Rock, Lynch was a three-time all-district defensive lineman selection and the two-time District Lineman of the Year. He led the Dragons to the regional finals in his senior year.

"He was a testimony of everything that you preach," Cheatham said. "He's tough, he was strong, he did the stuff in the weight room and he didn't do a lot of jawing. He just got out there and played."

After initially committing to TCU, Lynch flipped to USC but then de-committed and spent the entirety of his three-year college career at Baylor.

Under Matt Rhule, Lynch was a freshman All-American, a two-time All-Big 12 first-team selection and the 2019 Big 12 Defensive Player of the Year.

In November 2019, he became the school's all-time sack leader.

"What he did at Round Rock High School was great. What he did at Baylor was unbelievable," Cheatham said. "He's a signature kid that you always want to put in front of your program. We use that old term 'relentless effort,' and that's just the way he played. That's why he's able to go and play at the next level."