Speaking to reporters on Wednesday, Cleveland Browns quarterback Baker Mayfield discussed his expectations for the 2020 season. 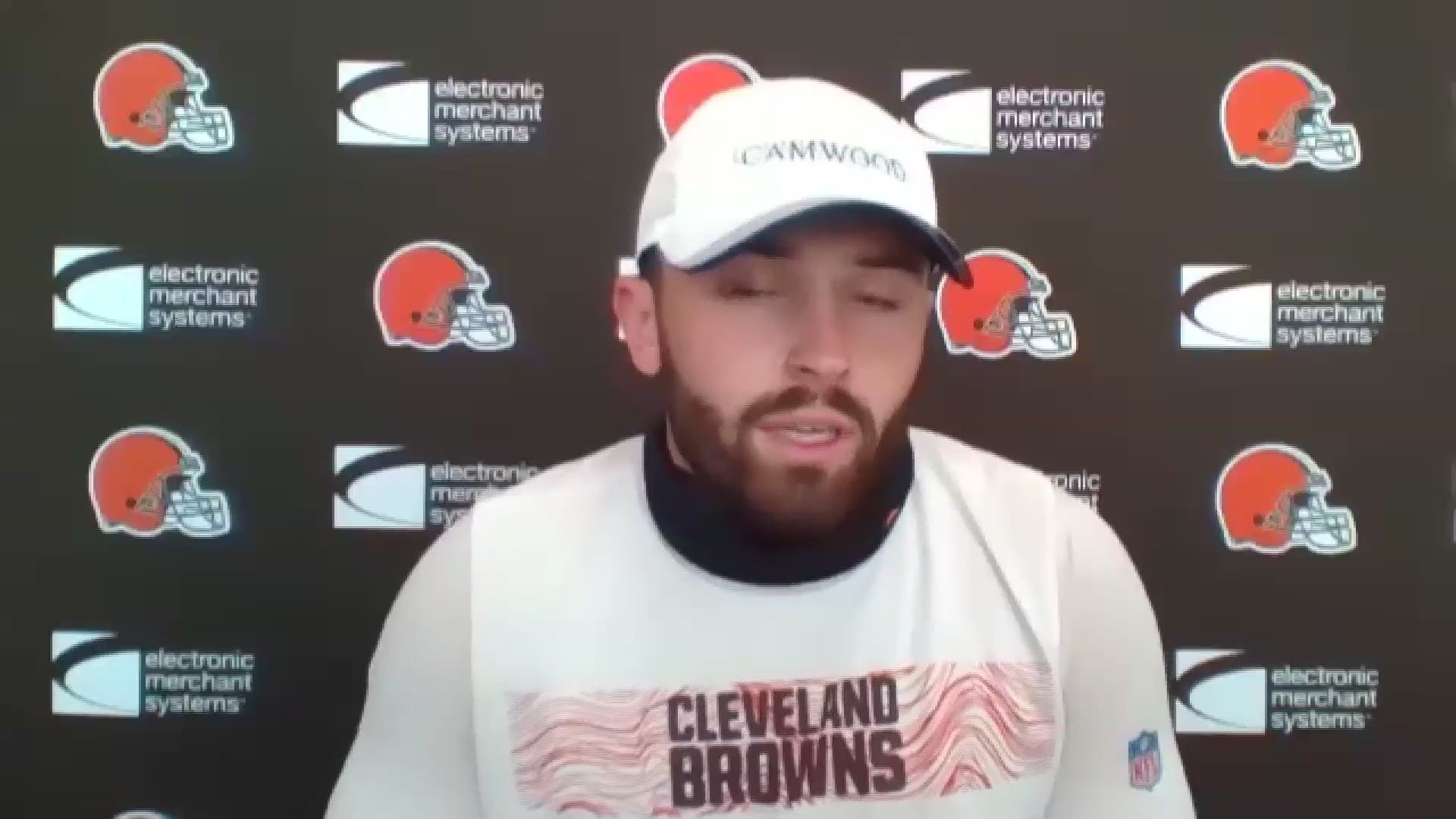 CLEVELAND — Entering the 2019 NFL season, Cleveland Browns quarterback Baker Mayfield was one of the most popular players in football and a trendy MVP pick among prognosticators.

What a difference a year makes.

As the 2020 season approaches, Mayfield finds himself not on a pedestal, but at a crossroads in his career. With the Browns failing to live up to last year's lofty expectations and Mayfield following his breakout rookie campaign with a sophomore slump, the No. 1 pick of the 2018 NFL Draft hasn't shied away from the notion that the upcoming season is a make-or-break year.

Speaking to reporters on a conference call days ahead of Cleveland's season opener against the Baltimore Ravens on Sunday, Mayfield echoed those sentiments, while assessing his expectations for the upcoming season.

"I'm out to prove I'm much better than what I've shown in the two years prior," Mayfield said on Wednesday.

One year ago, such a statement might not have made much sense, considering how impressive the Oklahoma product was in his debut campaign. After taking over as the Browns starter midway through their third game of the season, Mayfield went on to complete 63.8 percent of his passes for 3,725 yards and an NFL rookie record 27 touchdown passes.

After starting the 2018 season with a record of 2-6-1, Cleveland went on to win five of its final eight games, creating a palpable buzz entering the 2019 season.

Yet despite the Browns offense adding star wide receiver Odell Beckham Jr. and running back Kareem Hunt, the 2017 Heisman Trophy winner took an undeniable step back in his second season in Cleveland. As Mayfield's completion percentage, touchdowns and quarterback rating each dropped, his interceptions rose to the second-most in the NFL (21), as the Browns compiled an underwhelming 6-10 record on the year.

Asked on Wednesday if success came too easily to him as a rookie, Mayfield responded: "I wouldn't say that. Good things happened late down the stretch when we had the coaching change and just kind of let it fly."

Cleveland's disappointing 2019 also resulted in the firing of head coach Freddie Kitchens, which means that Mayfield enters 2020 with his third full-time head coach in as many seasons following the hiring of former Minnesota Vikings offensive coordinator Kevin Stefanski. For what it's worth, Mayfield insists he isn't using that lack of continuity as a crutch as he looks to prove that last season's showing was an aberration.

"That's not a defining thing for me," Mayfield said. "It could be an excuse if you used it, but that's not what I'm doing here. We're going to focus on this year and what we can do and that's the ultimate goal. Move forward."