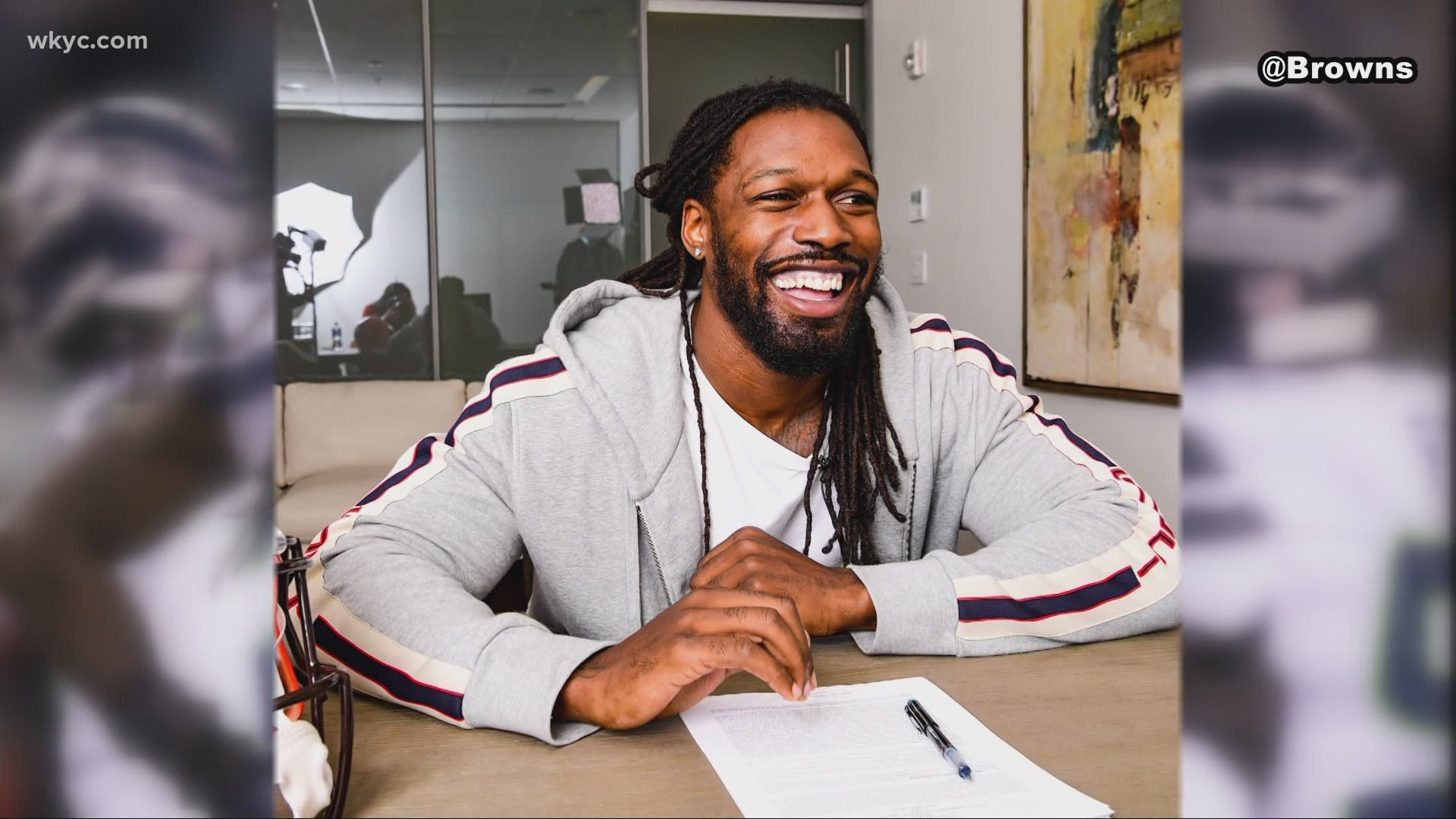 CLEVELAND — Editor's note: the video in the player above is from a previous story.

In news that sent a shockwave through the league on Monday, Ian Rapoport of the NFL Network reported that the Jacksonville Jaguars plan to sign Tim Tebow as a tight end to a one-year contract in the coming days.

That the 33-year-old Tebow hasn't appeared in an NFL game since 2012 and has never played the tight end position before hasn't been lost on several current NFL players, including new Cleveland Browns defensive end Jadeveon Clowney.

Taking to his Instagram story on Tuesday, Clowney reshared a post from the Bleacher Report Gridiron account that showed a screenshot of a tweet from free agent wide receiver Dez Bryant. In the post, the three-time Pro Bowl selection seemingly criticized the news of Tebow's impending signing, writing: "So Tebow haven’t played an NFL game in damn near a decade and it’s that simple...no hate but you got to be kidding me."

Bryant and Clowney haven't been the only NFL players to raise eyebrows at the Jaguards' potentially signing Tebow, who played for new Jacksonville head coach Urban Meyer at the University of Florida. On Tuesday, Pittsburgh Steelers linebacker Devin Bush juxtaposed Tebow's return to the league with Colin Kaepernick's ongoing absence, tweeting, "Tebow got a job before [Kaepernick]. Wait [until] we play Jacksonville."

😂😂Tebow got a job before kaepernick. Wait til we play Jacksonville💤💤💤💤

For what it's worth, neither Bush's Steelers nor Clowney's Browns are slated to play the Jaguars in the 2021 regular season.