The Dallas Cowboys remain the focus of HBO’s Hard Knocks and episode four featured a look at how the players are expected to take ownership within the team. 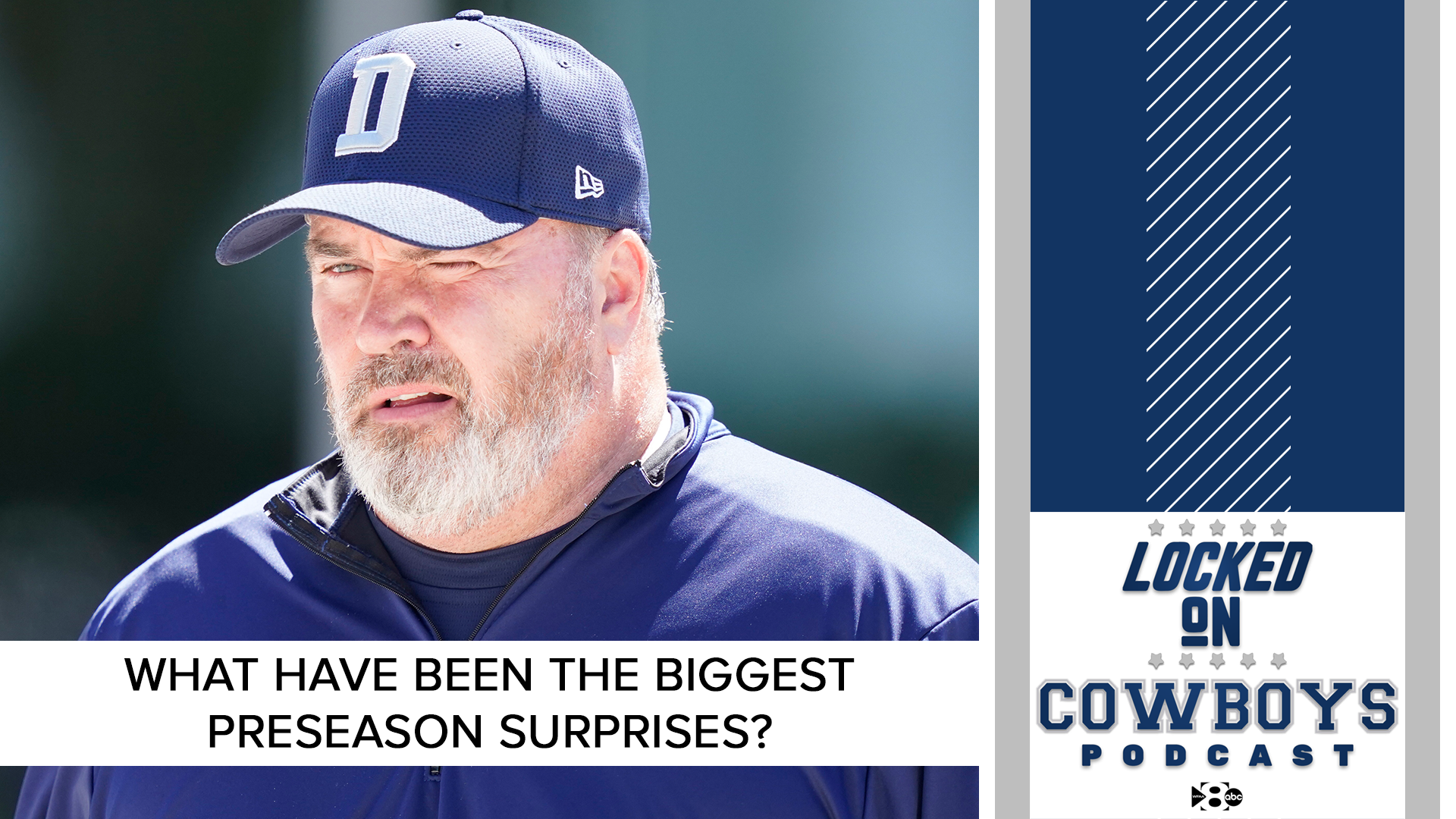 DALLAS — The fourth episode of "Hard Knocks" debuted Tuesday night, and the HBO documentary series took fans through the COVID week leading up to the preseason finale with the Jacksonville Jaguars on Aug. 29.

Here are some highlights from the fourth episode:

"The game captain is something that I think it's a privilege that you'd like to spread throughout your football team. It's still earned. It's an opportunity to be at the forefront for a 24-hour period as a leader." — #Cowboys' Mike McCarthy, Oct. 9, 2020 #HardKnocks

There was also the same theme when coach Mike McCarthy vested the responsibility of being a game captain upon Alarcon.

Even though the 23-year-old from Monterey, Mexico is no longer on the team as of the roster cuts from Aug. 31, he still has that taste of what leadership is like so he can build upon it during the next phase of his career.

Part of McCarthy's strategy as a coach is to imbue that upon all of the players so that they can embrace the team and aren't primarily driven by the coaches.

2. Micah Parsons' mom's house — The fixings the rookie linebacker's mother, Sherse Parsons, made for the family get-together looked scrumptious. The chicken wings looked like they had a decent balance between crispiness and smoothness, and the meat on the bone appeared moist and delectable.

The mac and cheese had a consistency and viscosity that appeared not too creamy. Then, her cornbread was symmetrical enough and firm to where a bite would be soft, but not soft enough to generate excess crumbs. Any potluck in the Frisco area would benefit from adding her to their roster.

3. Tarell Basham could be a standup comic — There are certain "measurables" that indicate how successful a prospect could be. In athletics, vertical jump is one; in academics, a strong vocabulary is a sign of intelligence. When it comes to standup comedy, stage presence and impressions are great rudiments to have, and Basham has it.

Basham wouldn't be the first Cowboys defensive end to chuck his career to pursue other interests, a la "Too Tall" Jones when in 1979 he retired for a year to take up boxing, but he probably wouldn't be as successful.

To adequately transition from defensive end to stand up comic, Basham needs to keep a notebook — whether digital or otherwise — of possible bits and material that he can work out.

4. Jerry Jones and Whataburger — It is true that the Cowboys have a partnership with Whataburger, but Jones may not have been kidding when he talked about how much he loved the fast food restaurant's cuisine.

The most relatable part of Jones' tender words for Whataburger was when he talked about how he could still eat it an hour and a half after without needing to warm it up. Whether intentional or otherwise, Jones' love for Whataburger may be the boost the restaurant chain needs as it seeks expansion into the rest of the country.

What were your favorite moments from the fourth episode of HBO’s Hard Knocks? Share them with Mark on Twitter @therealmarklane.