Opinion: Why the Dallas Cowboys must give RB Ezekiel Elliott a contract extension

Even in an era where running backs are devalued, the Cowboys are built to win with the run game and Ezekiel Elliott is one of the very best in the game at doing so 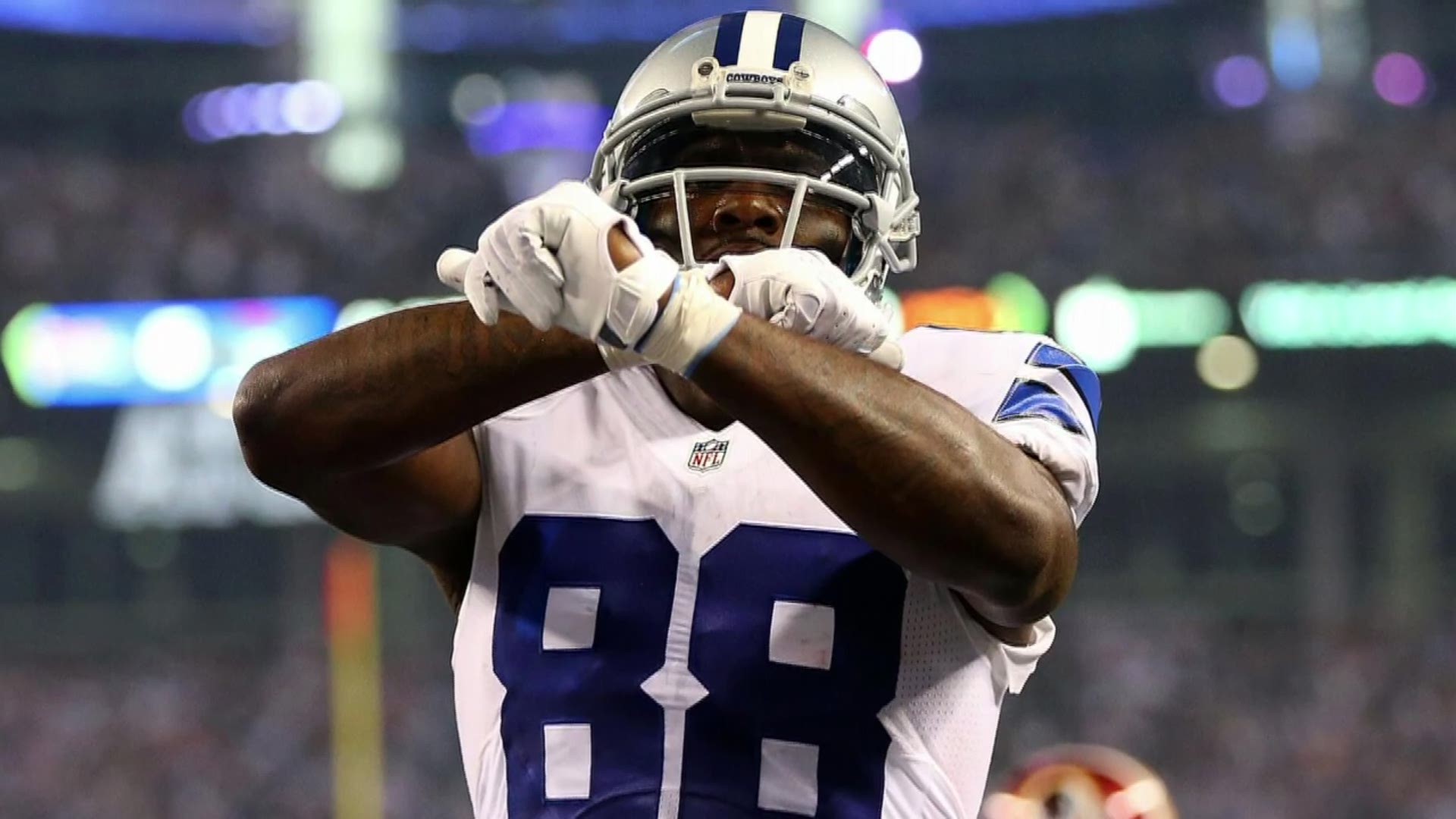 DALLAS — There is a great decision surrounding the Dallas Cowboys, and it has formed battle lines all across the football commentariat: should the club give a second contract to running back Ezekiel Elliott?

It makes sense as to why Dallas should pass. After all, the NFL is a pass-happy league. There's more points generated that way. It's fantasy football-friendly. Most of the highlight reels feature acrobatic catches or great breaks by defenders on the ball.

Like it or not, but the rules of the game make it more like 7-on-7 with pads; basketball on artificial turf with black flecks kicking up on toe-tap catches. Who cares if the New England Patriots are in every Super Bowl? Would 345 Park Avenue, TV executives, and fans rather have a shootout like Super Bowl LII or a snooze-out like Super Bowl LIII?

Since 2000, there have been four Super Bowl winners to land in the top-10 in rushing yards per attempt: the 2000 Baltimore Ravens, 2007 New York Giants, 2009 New Orleans Saints, and 2017 Philadelphia Eagles. Additionally, the league's leading rusher has not been a Super Bowl winner since Terrell Davis' historic 1998 season with the Denver Broncos.

Fun fact: Davis and Emmitt Smith, a familiar Metroplex name, are the only NFL rushing champions in the modern era to win a Super Bowl in the same season. Every year the Cowboys won the Super Bowl, Smith won the rushing title.

That is what the Cowboys are asking of Elliott: be Emmitt Smith. The whole design of the Dallas offense is to churn yards running the football and melt clock. The passing game is aerial assault that commences once the anti-aircraft gunnery has been disabled. That's what it was in the 1990s, and that is the same offense Jason Garrett is running over 20 years later. In an era of pick plays, rub routes, quick outs, and other methods to get the ball out quickly, the Cowboys are still relying on what worked decades ago.

In this era that emphasizes the pass, the old Ernie Zampese ways almost work.

Take the 2015 NFC divisional playoffs. The Cowboys may have been a catch away from leaving Lambeau Field with a win and a rematch with the Seahawks at CenturyLink Field, one game away from the Super Bowl. Part of the Cowboys' 12-4 record and capturing the NFC East crown was having the NFL rushing champion in DeMarco Murray. The running back, who was in a contract year, gained 1,845 yards on 392 carries. He really helped take the pressure off 34-year-old quarterback Tony Romo, who had many doubts surrounding his durability after spending the offseason recovering from a herniated disc and subsequent surgery.

There were questions as to what the Cowboys would do in the 2015 offseason. Murray was a huge part of their success. Would they ink the 27-year-old, who was one of 14 players in NFL history to carry for 380-plus times in a regular season? In 2008, they gave Marion Barber a second contract, and he was only part of a tandem; couldn't even gain 1,000 yards in his contract season. Would Dallas do the same for Murray, who had just played his first 16-game season after spending the first three missing time with injuries?

Dallas punted. The Eagles gave him that contract, but traded him to the Tennessee Titans after one season. The Cowboys signed Darren McFadden to be part of a "running back by committee" with Joseph Randle as the chairman. The theory was anybody could run behind an offensive line that featured three All-Pros in left tackle Tyron Smith, center Travis Frederick, and right guard Zack Martin.

Yes, Romo broke his collarbone twice that season, but even great running games can overcome trash quarterback play. Going back to 2000, there were five seasons where the NFL rushing champion was on a playoff team and the starting quarterback was not voted to the Pro Bowl (HINT: if the QB wasn't good enough to make the Pro Bowl, he darn sure wasn't sniffing All-Pro).

Could Elliott be better than Lewis? While the former missed six games his second year due to suspension, Lewis missed his entire second year due to blowing out his knee. So, score one for Elliott's ability to stay durable through his first three seasons. Even so, Elliott and Lewis have the same 4.7 yards per carry through their first three seasons (including Lewis' 2000, 2002-03 to be generous).

Could Elliott be better than Martin? Elliott has a better yards per carry (4.7 to 4.0) and about 300 more yards (4,048 to 3,799), and actually did it in fewer career games thanks to the suspension and being put on ice in Week 17's in 2016 and 2018 (40 to 45). The only thing Martin has on Elliott through their first three seasons is rushing touchdowns with Martin possessing 32 to Elliott's 28. Of course, Elliott did become the first rushing champion since 1982, a strike year, to have less than 10 rushing touchdowns, and then the offensive coordinator was fired at the end of the year.

Could Elliott be better than LaDainian Tomlinson? Elliott has a better yards per carry (4.7 to 4.5), but LT had more yards (4,564 to 4,048). However, Elliott has more touchdowns with 40 to Tomlinson's 37. Perhaps Elliott could have surpassed Tomlinson in touchdowns through his first three seasons if he had those six games back from the 2017 suspension, or if the season finales in 2016 and 2018 were consequential.

Even though Tomlinson would have a record-setting season in 2006, he didn't come out of the gate swinging like Elliott has in his first three years. 2006 was the first year Tomlinson won a league rushing title while Elliott nabbed it as a rookie, the first running back since the Indianapolis Colts' Edgerrin James in 1999 to do so.

Could Elliott be better than Adrian Peterson? AD has a better yards per carry with 4.9 to 4.7, and had more rushing yards with 4,484 to 4,048. Both had the same number of rushing touchdowns through their first three seasons. When Peterson was paired with a credible starting quarterback, which Brett Favre was in 2009 for the Minnesota Vikings, Peterson's team got as far as overtime in the NFC Championship game. They were an extra period away from taking on the Colts in the Super Bowl in Miami.

That is the theme with signing Elliott to a long-term deal. If his prime years are at Hall-of-Fame levels, then it makes sense to keep him on the Cowboys, a team that is built to emphasize the run.

Dallas quarterback Dak Prescott knows what having Elliott does for the Cowboys offense.

"It does everything," Prescott said at his ProCamp in Starkville, Miss., on July 20. "It allows the game to open up. When you can run the ball and run the ball successfully, all it does is open up the pass game, it opens up the play-action game. It allows you to be dominant in the second half and in the fourth quarter when you need to be to run out the time. So, we've got a great group of guys and our running backs are not short of that."

How generous of Prescott to include the other Dallas running backs, but it is Elliott that makes the run game happen. The Cowboys went 3-3 in the six-game stretch Elliott was suspended in 2017. While some are quick to point out All-Pro left tackle Tyron Smith missed two of those games (even Dallas is 4-2 in non-Week 17 games without Smith since 2016) and that's the real reason Dallas had a 3-3 mark in those games, the Cowboys weren't able to turn it around until they ran the ball, which was the Washington rematch after Thanksgiving.

In 2016, when Dallas didn't have Smith for Weeks 3-4, Elliott reached the century mark in each game and Dallas prevailed.

In 2018, the Cowboys missed Smith for Thanksgiving versus Washington and the week thereafter against the New Orleans Saints, who were riding a 10-game winning streak. Elliott produced a 100-yard rushing game on Thanksgiving, and was 25 yards away against the Saints. However, he did catch six passes for 60 yards and a touchdown and the Cowboys won both games.

That is another reason why Elliott is worth the contract. In the NFL, teams are looking for the Christian McCaffrey or Alvin Kamara type of running back. Prior to their 2017 debuts, Elliott demonstrated a proficiency in the Dallas passing game that had long been lacking.

The best example was from the game at Pittsburgh where Elliott caught two passes for 95 yards and a touchdown. Elliott pulled the same screen against the San Francisco 49ers a year later. One of the changes that the Cowboys offense incorporated after the bye week last season was more passes to Elliott, and it helped save them against the Eagles in a rematch.

The only thing that should prevent the Cowboys from signing Elliott to a long-term contract is his durability. If he is unable to stay healthy throughout 2019 –or even in 2020 if there is no new deal reached – then the Cowboys need to consider moving on.

However, the addition of Tony Pollard as a fourth round selection in the NFL Draft doesn't necessarily spell a replacement for Elliott so much as someone to help keep him fresh for the long haul. Right now, Dallas is in a great window with Elliott to see him lead them to the Super Bowl. If they can see that over the next five years, then it is time to lock him up long term.

Do you think it's time to extend Ezekiel Elliott long term or would you rather the Cowboys wait it out? Share your thoughts on feeding Zeke with Mark on Twitter @therealmarklane.