With Jason Garrett out, Dallas Cowboys have coaching options

The Dallas Cowboys finally made it official: Jason Garrett’s time as head coach has come to an end, which means Jerry Jones will be looking for a new coach for 2020. 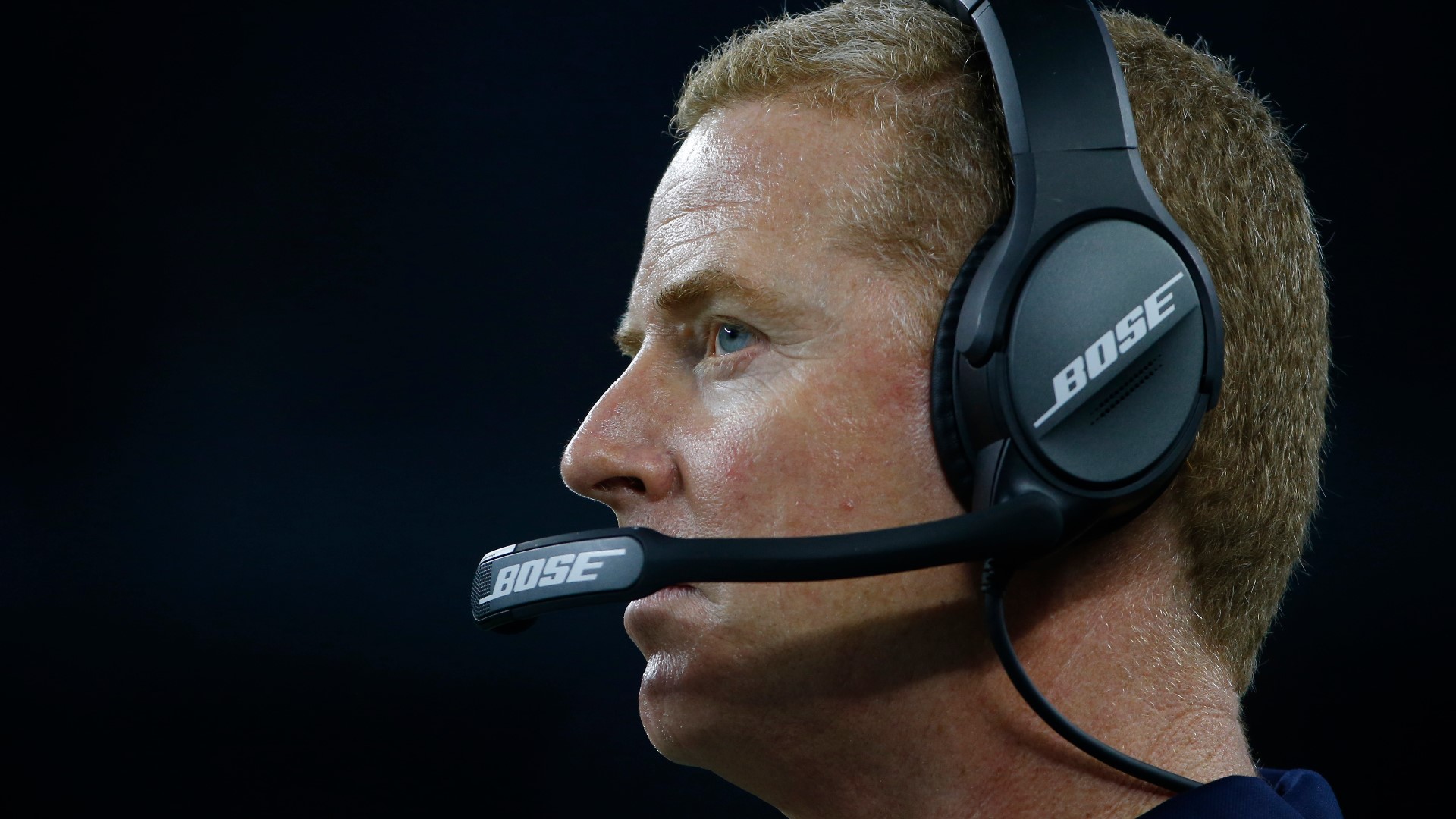 DALLAS — After a full week of keeping everyone in suspense following their Week 16 win over Washington on Dec. 29, owner Jerry Jones finally made the rumored outcome official and released a statement regarding the future of the Dallas Cowboys and head coach Jason Garrett.

After ten seasons, the Cowboys have elected to forego renewing their contract with Garrett. That’s a fancy and Garrett-friendly way of saying that Garrett is gone and a new coach will take the reins to begin a new era in 2020.

Indeed, Dallas will have a different head coach for the first time since the middle of the 2010 season, when Garrett took over on an interim basis for Wade Philips. After claiming the full time gig, Garrett finished his career leading the Cowboys with a 85-67 record, but his teams could only muster one win in three postseason appearances spanning ten seasons.

In the end, Jones made the decision after Garrett and the Cowboys finished the 2019 season out of the playoffs with a disappointing 8-8 record despite high expectations.

The news broke during the wild card playoff game between the Seattle Seahawks and the Philadelphia Eagles. Jones just couldn’t get one upped by the division rivals on a Sunday as he made sure Dallas controlled the headlines. The Dallas Cowboys are moving on from Jason Garrett, which had been the worst kept secret in the NFL.

With Garrett out, here are some preliminary names to be considered:

The Cowboys – despite a reluctance to officially announce Garrett’s departure – already spent Friday interviewing 2009 NFL Coach of the Year Lewis. Over the weekend, Dallas held a two-day interview with Super Bowl-winning coach McCarthy.

Considering the early feedback, and with an apparent emphasis on veteran former NFL head coaches, it would seem that McCarthy is the early frontrunner if for no other reason than his initial interview spanned multiple days. NFL insider Jay Glazer of Fox NFL said on Sunday that McCarthy’s talks with the Joneses “went well.”

The thought now is that the Cowboys will take the temperature of the Oklahoma Sooners’ head coach Riley as an option. Despite Jones’ desire to install a ready-made coach, the idea of hiring a college young gun isn’t a far-fetched one in the NFL these days.

Riley, who was the backup quarterback for Kliff Kingsbury at Texas Tech, saw his former teammate make the jump to the NFL after a less than stellar run in Lubbock. Could Riley follow suit as a coach that has taken his program to the College Football Playoff in each of his three seasons at the helm?

Dallas would be interested because, like Kingsbury, Riley can bring his offensive style from the college game and try to incorporate that in the NFL. The Cowboys had a top offense in 2019 if you pay attention to the analytics. It’s possible that Riley could further unlock the potential of Dak Prescott and gang.

The big knock on Riley will be his lack of NFL experience and a trio of disappointing one-and-done losses in the national semifinal bowl games, but three losses with an otherwise 36–3 record will not deter an NFL team.

If Riley is indeed interested in leaving Norman, one would have to believe that he would become a front runner for the job. His interest in running an NFL team hasn’t been made clear, however.

The other big names such as New Orleans head coach Sean Payton and New England head coach Bill Belichick are the longest of long shots. Though both of their teams were ousted in the wild card round this weekend, meaning Dallas could conceivably inquire about their availability, they would require some draft capital sent to their current teams to acquire their services.

The Cowboys wouldn’t shy away from a coach under contract with another team if they felt the target was the right man for the job, but it would certainly be an extra hurdle that they might opt to avoid. The other two names from the college ranks that we will be hearing about are Matt Rhule of Baylor and Urban Meyer, who retired from his position with Ohio State after the 2018 season.

Rhule is a coach that Jones admitted to being impressed by when Baylor played Riley’s Sooners for the Big 12 championship at AT&T Stadium in December, and Meyer won a championship (three in total) with two big programs (Florida and Ohio State) and has been linked as the potential new head coach for weeks leading up to the end of the season. Though, at this point, it seems like Meyer’s candidacy was purely speculation since nothing substantial has come about with the Cowboys already starting their head coach interviews.

Based on the Vegas odds, Riley has the best shot at being the head coach of the Dallas Cowboys in 2020, but only Jones knows for sure what kind of coach he’ll be looking for to lead his squad into this new era.

Do you think the Cowboys will go with a young, bright mind or opt for a veteran coach to lead them in 2020? Make your prediction on Twitter to Patrick @DraftCowboys.