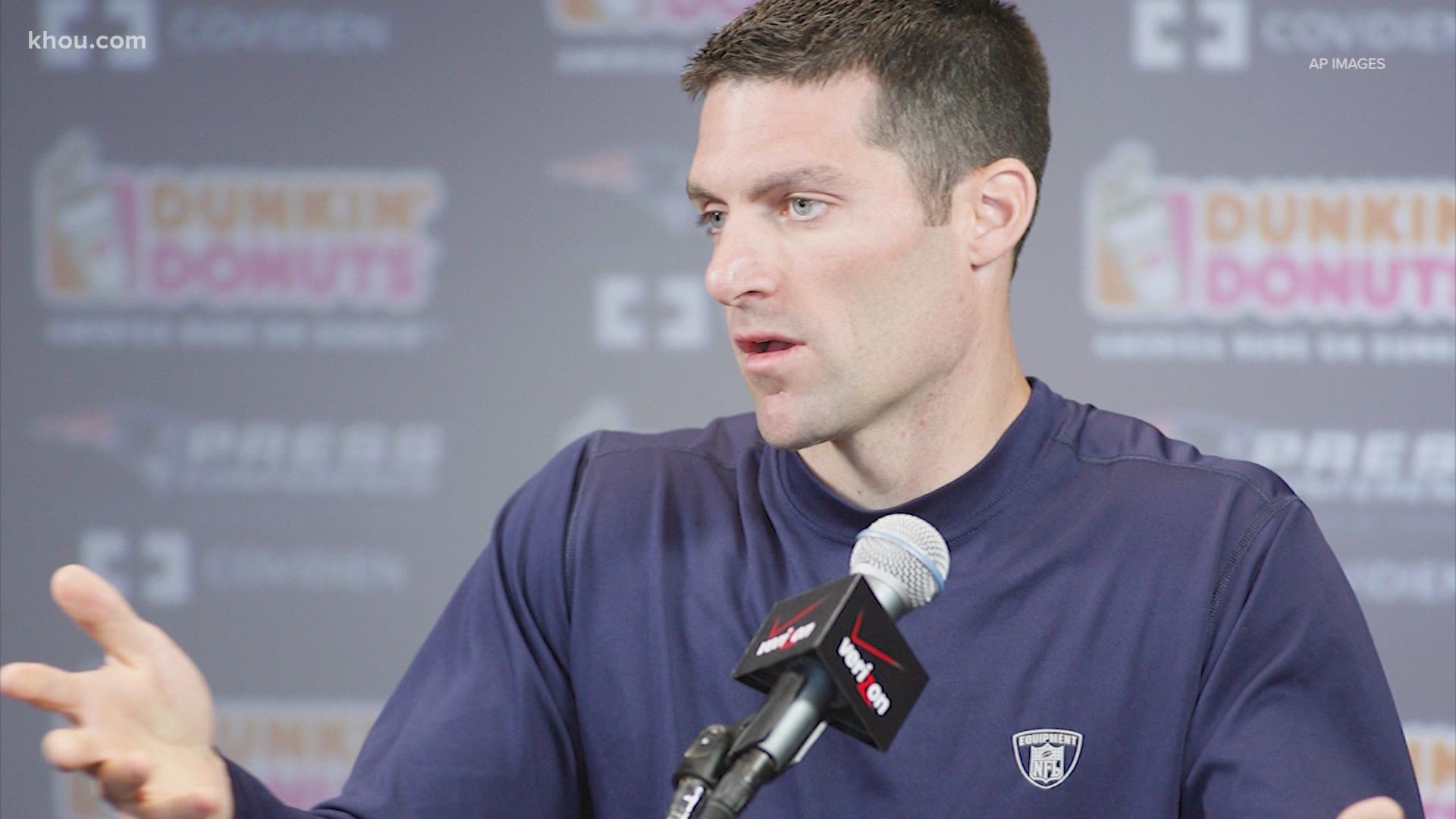 HOUSTON — The Houston Texans have found their next general manager, confirming Thursday that they have hired New England Patriots director of player personnel Nick Caserio.

The news was previously reported earlier this week but not yet confirmed by the team.

Caserio is the Texans' fifth general manager. He spent 20 seasons with the Patriots.

"During his time with New England, he won six Super Bowl titles, which is tied for the most by any NFL franchise in league history, and was credited as one of the architects of the Super Bowl XLIX, Super Bowl LI and Super Bowl LIII teams," the Texans noted in a press release.

“The Houston Texans are an organization committed to excellence. Since the start of our search, we have been steadfast on identifying a general manager that embodies what it means to be a Houston Texan, and it is Nick Caserio,” said Texans Chairman and Chief Executive Officer Cal McNair. “Nick is an incredibly hard worker, disciplined, a man of integrity and high character. He has a tremendous amount of experience building a winning franchise and we have faith he will continue his success as a Texan. Nick has an unparalleled reputation around the league amongst his peers. We couldn’t be more excited to name him our new general manager and to welcome his family to Houston.”

“On behalf of my wife Kathleen and our entire family, I’m very humbled and honored by this opportunity to be the general manager of the Houston Texans,” stated Caserio in the team's release.

More from Caserio:“We would like to thank Janice, Cal and Hannah McNair for their belief in us that we can build something special that embraces the accomplishments of the past and accepts the challenges in front of us in our desire to be best." (more coming)

Caserio will succeed former coach and GM Bill O'Brien, who was fired earlier in the season.

The Texans, who finished the season at 4-12, are still searching for a new head coach. This process will likely speed up now that they have named a GM to assist in the process.