Ryan O'Reilly grew up in a family that fostered more than 40 children. The experience helped shape his life and make him an advocate for the foster care system. 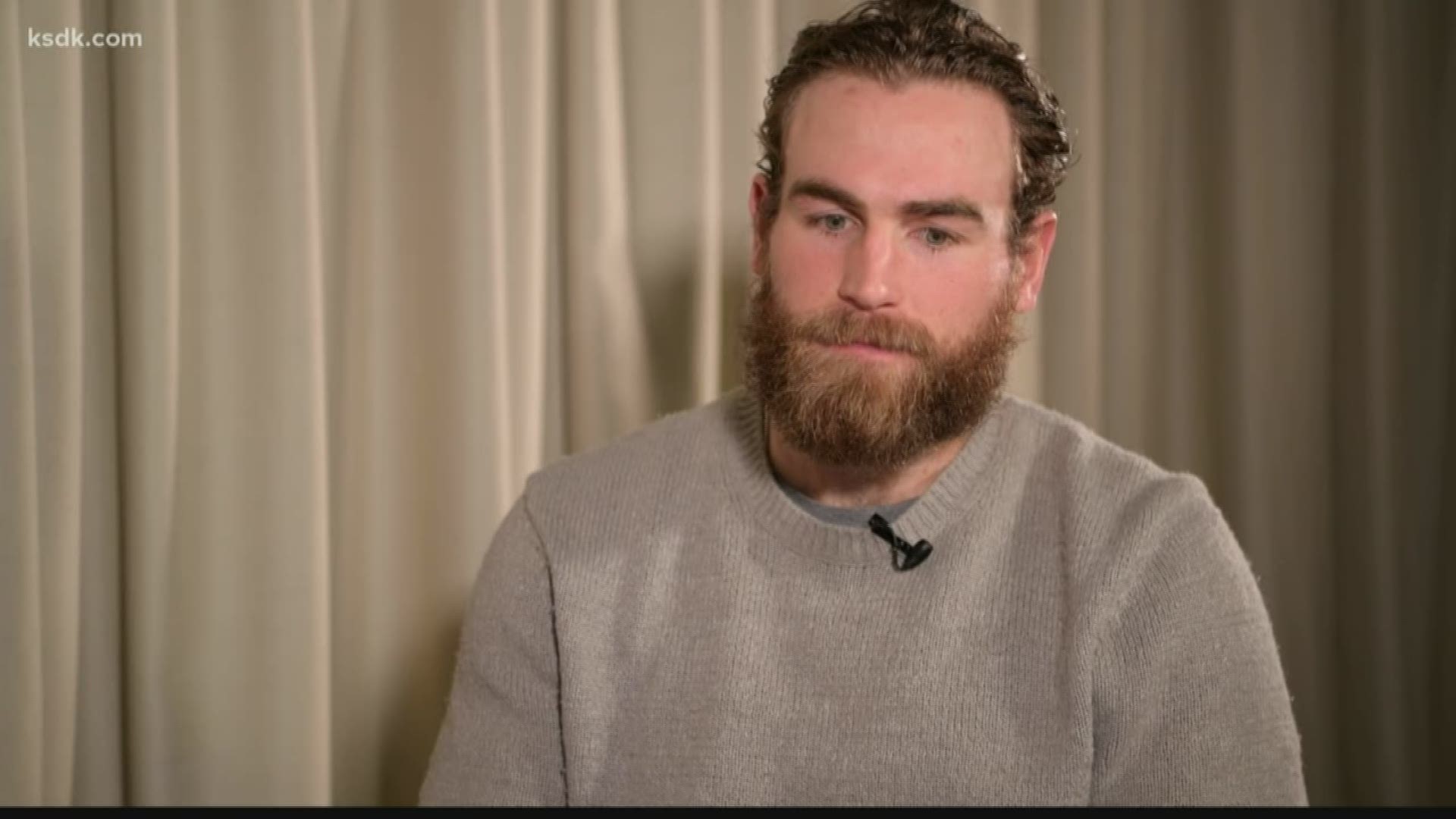 The 2019 Conn Smythe and Selke winner has quickly become one of the most popular members of the Blues, although he's only been in town for a little over a season.

O'Reilly has also been regarded as a fantastic teammate while in St. Louis, and as it turns out, the Ontario native has always been part of a pretty large team.

O'Reilly's parents have fostered more than 40 children, and the experience has helped shape his life and made him an advocate for the foster care system.

"Obviously when I was very young, the first 14 years of my life, all I knew was that our family was fostering. But when I got to the age I could understand it a bit more, they explained it as 'There's unfortunate things that happen to people and families and children need help.' And my parents are obviously incredible, and we had a big, big place... and they opened their home and it's a beautiful thing they did," O'Reilly told 5 On Your Side's Rene Knott in an interview.

O'Reilly also opened up about some of the connections he made with the kids his family had fostered.

"At times we'd have four or five kids and I was one of four as well with my family, so the house was always packed," O'Reilly said. "We'd have like five on five hockey games in the backyard. And what kid gets that opportunity? So we'd be out there playing for hours. I remember this one kid, his name is Jason Birch. He was a couple of years older than me but he loved to go in net. And me as a forward I was like, 'this is a dream come true.' So at the end of every day, we went to different schools, but we'd come home and he'd put on the pads and I'd be shooting on him all day. That's all we did for like two years. It's amazing he's a part of my success I think as a hockey player. I'll never forget him and our time together."

Now, O'Reilly is sharing his experience with the foster care system, in the hopes others will be able to follow his parents' lead.

"I think if you want to be happy in life the best thing you can do is put your own needs aside and help those that are in need," O'Reilly said. "And obviously foster care is a beautiful thing that is so important and there's so many cases where people need help. And if you can open your home and do that I think it's the most rewarding thing you'll ever have. To be able to help raise a child and help with decisions and help them grow and become a great person there's nothing better than that."

RELATED: These St. Louis Blues still thrive in the clutch

RELATED: Blues forwards Perron, O'Reilly dress as each other for Halloween

RELATED: Growing chemistry between O'Reilly, Perron starts with trust in one another

RELATED: Opinion | For O'Reilly, goals will come by being more selfish

RELATED: St. Louis is proving it's one of the best hockey towns in North America

RELATED: Looking back on how the Blues fleeced Buffalo for Ryan O'Reilly