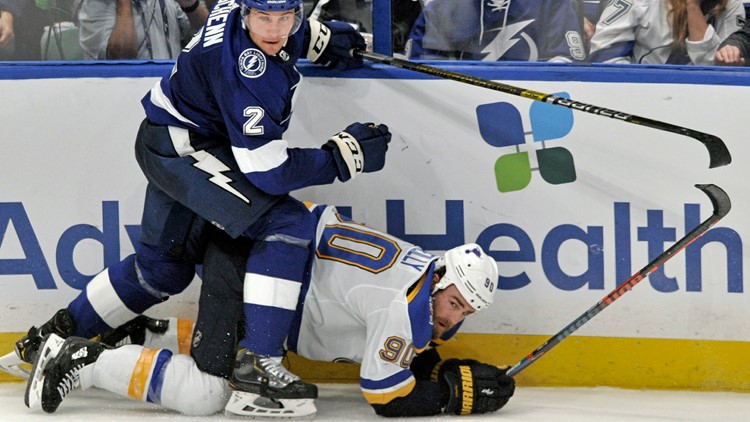 TAMPA, Fla. (AP) — Oskar Sundqvist had two goals before leaving with an injury, and the St. Louis Blues beat the Tampa Bay Lightning 4-3 on Wednesday night.

Zach Sanford and Brayden Schenn scored in the third period and Jordan Binnington stopped 32 shots for the Blues. Ivan Barbashev had three assists after going six games without a point.

Sundqvist left in the second with a lower-body injury.

After Sanford scored the tiebreaker from the right circle at 8:21 of the third, Schenn made it 4-2 at 11:07 on the power play shortly after a 5-on-3 ended.

Kucherov opened the scoring 3:53 into the second before Sundqvist scored a short-handed breakaway goal at 5:31 and then put the Blues up 2-1 3:09 later.

Sundqvist has five goals over his last five games.

Cirelli tied it 2-all with 8:21 left in the second when he dove into the crease to poke a loose puck into the net. He has five goals in the last six games.