He's back in town with Tampa on Tuesday, but Pat Maroon will always be our hometown hero. Here's his journey from young Blues fan, to St. Louis Stanley Cup champion. 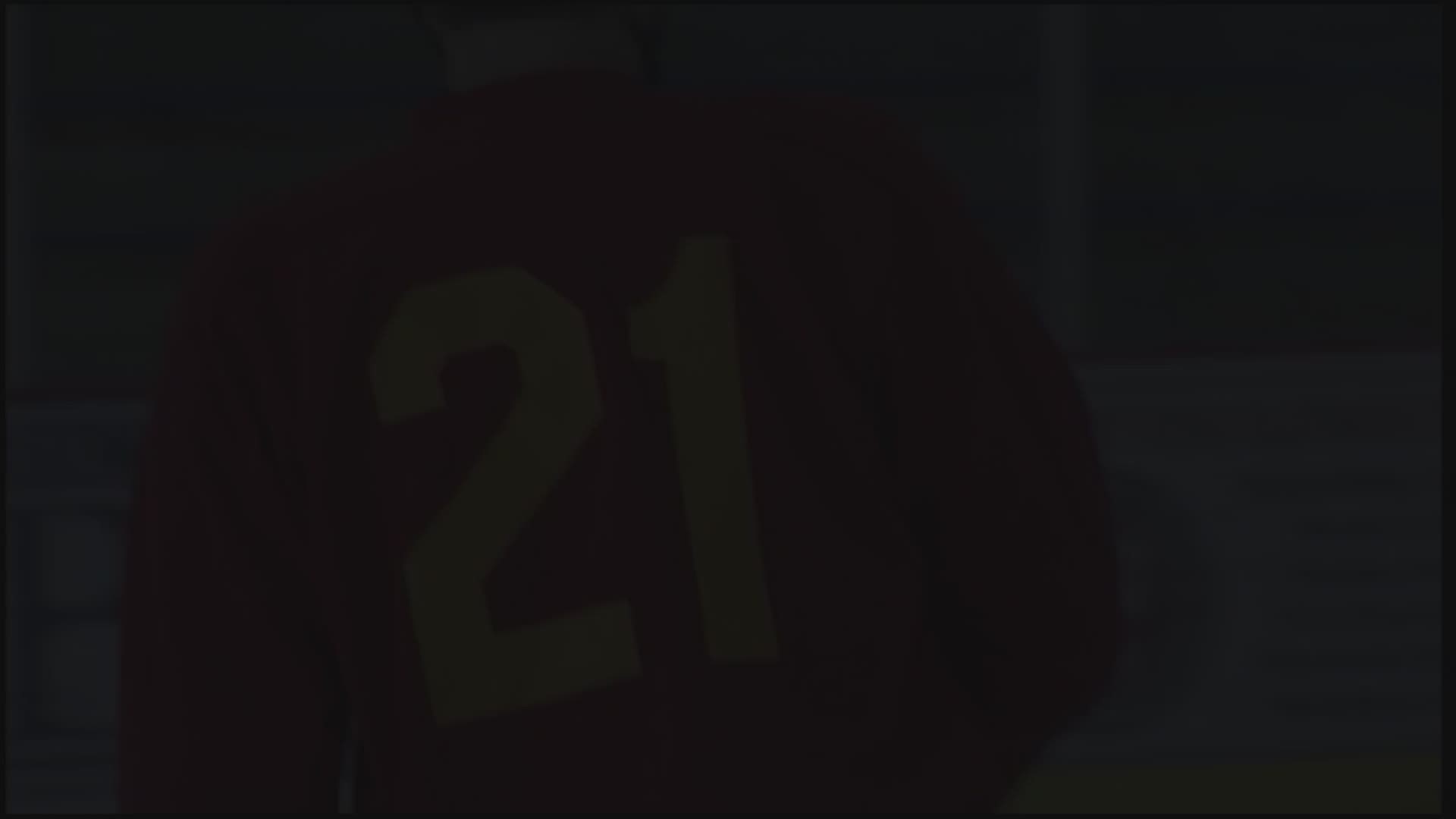 ST. LOUIS — Like pretty much every kid who grew up in the St. Louis area, Pat Maroon dreamed of one day lifting the Stanley Cup over his head as a member of his hometown team.

But unlike all the rest of us, he actually got that chance.

Stories don't usually get to end like Maroon's did.

The Oakville kid grew up wanting to play in the NHL, and for his hometown Blues.

After a few years in Edmonton, Anaheim and New Jersey, Maroon finally got that chance. He signed with his childhood team in the offseason of 2018 on a one-year contract. It allowed him to come home, and be closer to his son, Anthony.

In the beginning, thoughts of a storybook ending looked impossible.

To put it mildly, things didn't go great for Maroon and the Blues in the first few months of the 2018-2019 season. At the beginning of January, the Blues were last place in all of hockey and Pat Maroon was a -14 player with just three goals and eight assists.

"We don't really have answers anymore. It's just become kind of embarrassing to be honest with you," Maroon said post game during the rough stretch.

But then destiny took over.

Craig Berube took the reigns on the bench, Jordan Binnington came out of nowhere and the Blues started to find their magic.

As the Blues went, Maroon went with them. From January-April, Maroon was a +11 player and tallied seven goals and 10 assists.

You likely know where this goes from here.

The Blues make the playoffs and on May 7 found themselves in a double overtime of Game 7 of the second round against the Dallas Stars. Of course, it was number seven who rode to the rescue.

"This is every kid's dream. And to do it tonight was really special," Maroon said after the game. "Especially with my whole family in the stands and to do it for the fans. We deserved this game tonight and it hasn't really all hit me yet. What a roller coaster. It's emotional. Probably the biggest goal I've scored in my career."

The story would only get better from there.

The Blues would win the franchise's first Stanley Cup in history in dramatic fashion with a Game 7 win in Boston. On the ice afterwards, Maroon was able to show just how much it meant to him.

"It means the world to me to be able to bring the Stanley Cup back to St. Louis being from St. Louis and being a Blues fan all my life," Maroon said after Game 7. "To put this jersey on and be with the boys... I just can't wait to party with St. Louis. We all came together. The city came together. We re-amped this city. The Blues did it and I'm so proud of these guys."

It's only right that the first time the Blues were able to come away with hockey's biggest prize, a St. Louisan would be on the team.

For Maroon, it's all still a dream sometimes.

On Tuesday, Pat Maroon will come home again. But he'll just be visiting this time.

His year as a Blue couldn't have been scripted any better. From the lowest of valleys to the highest of highs, in many ways Pat Maroon epitomized the 2019 Stanley Cup champion Blues.

He was also a personal connection for all the Blues fans who had dreamed of being exactly where he was for this run. We got to live it through him, and that bond will always be special.

RELATED: Commentary: Kostin's NHL debut was solid, offering a glimpse of what the high draft pick can do next

RELATED: Klim Kostin is here, but what impact will he have for Blues?

RELATED: These St. Louis Blues still thrive in the clutch