One year later, Blues' Berube has already become a legend

November 19, 2018. The day Craig Berube took over. The rest is history, and Berube has already cemented his place in St. Louis sports lore. 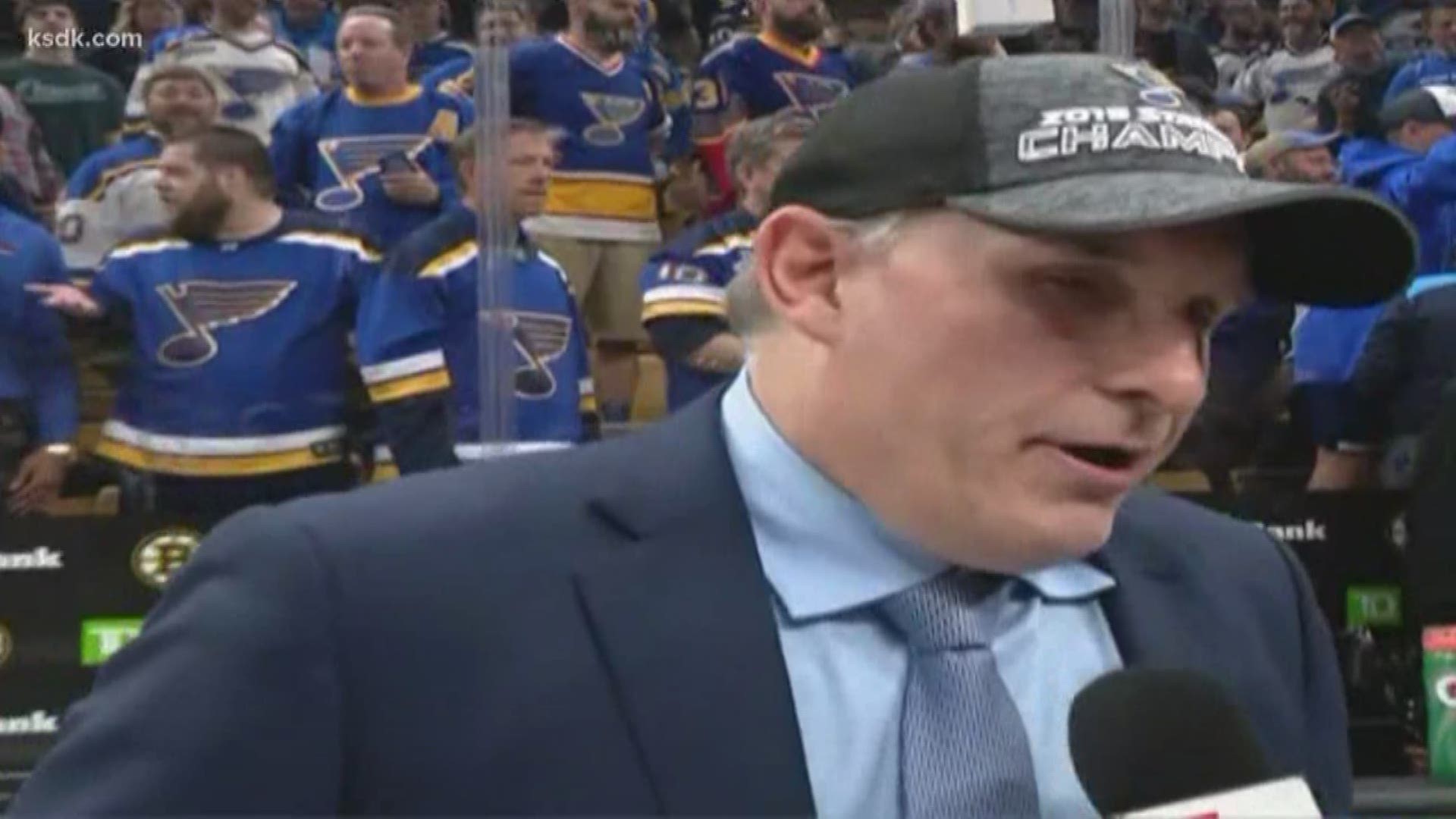 Exactly a year ago to the date, the team had fired its head coach, was dead last in the Western Conference and fans were all but ready to show up to the next game at Enterprise Center with torches and pitchforks.

What a difference a year can make.

Just go ahead and take a look at some of the replies to the Blues' original tweet that Mike Yeo had been fired, and Craig Berube had been named interim head coach. They're quite hilarious to look back on now.

That's because now, it's hard to imagine anyone other than Craig Berube coaching this Blues team.

One year later, 'Chief' has already cemented his status as a legend in St. Louis sports lore.

For years the Blues franchise was only known as the organization you would leave if you wanted to win a championship. Scotty Bowman, Al Arbour, Jacques Demers and Joel Quenneville all went on to capture Stanley Cup glory after runs at the helm of the Blues.

Craig Berube was the one to finally buck that trend.

It took him almost two months from when he took over to really get the Blues back on track last season, but when they did... oh boy.

On January 7, the Blues started Jordan Binnington in goal for the first time, and this team that was so hyped back in October finally started to deliver.

Berube led the Blues to a 38-19-6 record after taking over in late November, with a franchise record 11-game winning streak nestled in the middle.

He was able to connect with the players and get the most out of each and every one of them. He was the steady hand you didn't want to upset. 'Chief' added a presence and knew just how to motivate this team.

Then on June 12, he lifted the Stanley Cup after Game 7 against the Bruins. The culmination of a ridiculous season unlike anything we had ever seen before in St. Louis.

He became a legend.

RELATED: Can the Blues do it all again?

RELATED: 'One is not enough': Blues back at practice hungry for more

We always knew the first team and coaching staff to bring a Stanley Cup to St. Louis would become immortal, and that's exactly what happened. All those guys that rode down Market Street in that parade will forever live in Blues lore.

Berube perhaps most of all. Without him, none of the spring and summer excitement of 2019 even has a chance of happening.

'Chief' was the perfect man to lead this roster, and has only continued to prove that this season. He was rewarded for his Stanley Cup championship in the offseason after the Blues removed the interim tag and signed him to a three-year deal.

Who knows what's to come in those three years and perhaps beyond, but one thing is already for sure. St. Louis will remember the name 'Berube' for the rest of their lives.

RELATED: Commentary: Kostin's NHL debut was solid, offering a glimpse of what the high draft pick can do next